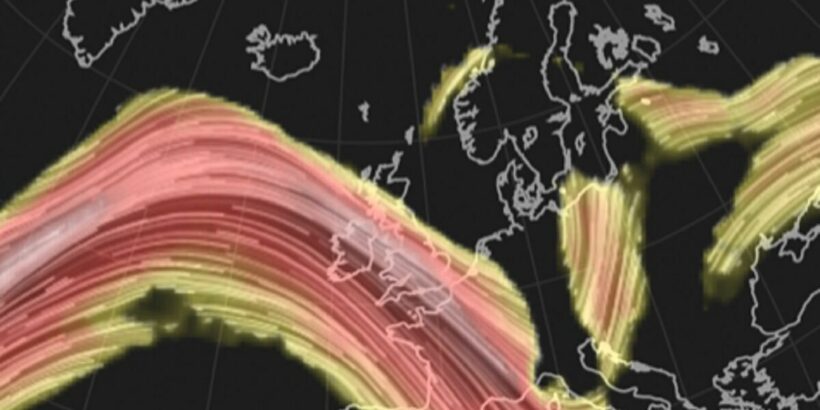 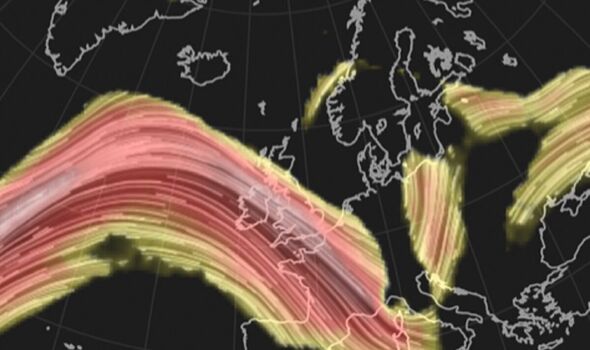 Britain is in the firing line for a conveyor belt of torrential downpours and gales to kick  2023 off to a turbulent start. Volatile weather will plough in from the west today sparking Government warnings to take care on the roads and keep up with forecasts.

Wind and rain will be swept into Britain on a raging jet stream powered up by unusually hot weather across Europe.

A tongue of warm air from Morocco and Algeria is gripping the Continent rocketing the mercury to an almost unheard-of 20C.

Jim Dale, meteorologist for British Weather Services, said: “This is going to charge the jet stream over the Atlantic, and in turn, these low-pressure systems will be pulled towards Britain.

“There is likely to be some unsettled weather through the start of the year and we are on watch for floods, some strong winds and in northern regions, snow.

“This is something we need to keep an eye on through the week as there are signs of something more significant potentially developing by the weekend.”

A tropical plume sweeping up from Africa has turned up the heat across the Continent with temperatures rocketing to highs more likely in spring and summer.

Mr Dale, author of ‘Weather Or Not?’, added: “Some of these milder temperatures will just brush the far southeast of the UK, but northern England and Scotland will be much colder with the possibility of snow.

“Temperatures over Europe could break records through the week, hitting 20C or higher, and this is now in the realms of very unusual.

“This is caused by air coming up from Africa, from Morocco, Tunisia and Algeria.”

High pressure responsible for calm weather yesterday will today give way to the Atlantic assault, according to the Met Office.

Meteorologist Alex Burkill warned to brace for rain, strong winds and floods in parts of the country.

He said: “High pressure will build as we go into Monday, but it won’t last long, and there will be a series of weather systems pushing their way in from the west this week.

“We are expecting some pretty unsettled weather to come, and you can expect a fair amount of rain which could be heavy at times and could lead to some localised flooding as well as some strong winds.

“It’s definitely worth keeping up to date with the forecasts wherever you are.”

Northern Britain will be colder with the risk of snow prompting the Met Office to issue a warning for ice across Scotland.

Mr Burkill said: “The jet stream is going to push across the southeast turning the weather dryer for many of us, but we are going to see some colder air feeding in from the north.

“Here, temperatures are going to take quite a drop, and we could get into minus double figures in some places.

“There will be some difficult conditions on the roads if you are heading out on Bank Holiday Monday.

“Across western parts of Scotland, showers will continue to push their way in and these will readily turn to sleet and snow as they hit any higher ground.”

Weathertrending meteorologist John Hammond added: “The jet stream is in an energetic state and will bring Atlantic weather fronts to our shores as early as Tuesday, with more vigorous ones to follow later in the week.

“These will be most impactful across the north and west initially, with rather more benign conditions further south.”