A South Derbyshire councillor was kicked out of the Tory Party after being convicted of attacking a woman.

Councillor Robert Coe was the Conservative councillor for the Swadlincote Ward on South Derbyshire District Council but was expelled from his party.

The 60-year-old told the Burton Mail he will continue representing the town but will serve as an independent councillor from now on.

Coe admitted assaulting a female inspector from the Care Quality Commission as she inspected his private ambulance firm on November 2.

He claimed he has been threatened in the street and was abused on social media since his conviction was made public.

Coe appeared in Nottingham Magistrates’ Court in May where he admitted beating the inspector. 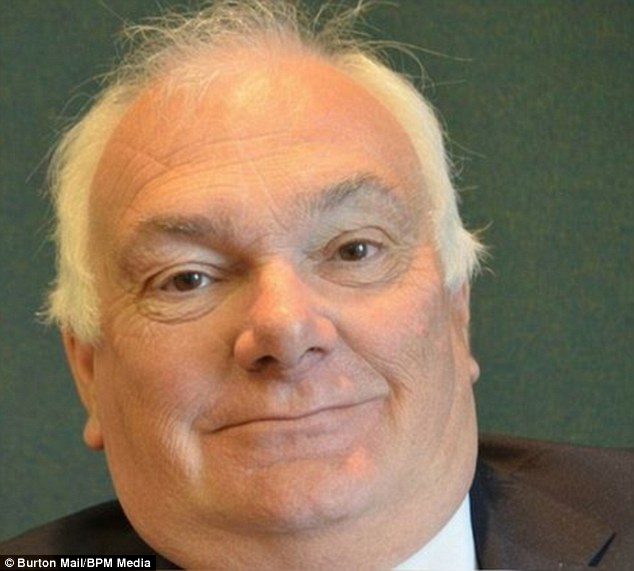 He was suspended from the Conservative Party pending the outcome of the case. The party has now agreed to expel him.

The court heard two inspectors visited Coe at his home to carry out an inspection of his private ambulance.

The assault happened when the inspectors were using the back door of the ambulance and Councillor Coe asked them to use a side door due to concerns that the vehicle was not parked safely enough on a ramp, the court heard.

They used the side door but then went around the back to inspect the ambulance.

The councillor was concerned about the first aid kit causing an obstruction in the ambulance and it was at this point that he grabbed one of the inspectors by the shoulders and pulled her out of the way to get in to the ambulance, the court heard.

She got her lanyard caught on the side of the ambulance and it caused bruising to her neck, under her arm, and her leg, the court heard.

Labour councillor Paul Dunn asked whether Coe was able to satisfactorily represent his constituents, and was told he was no longer a member of the Tories.

‘If Councillor Coe wants to continue to represent the community that is a matter for him alone,’ South Derbyshire District Council leader Martyn Ford said.

When asked about his future on the council, Councillor Coe told the Burton Mail: ‘I will continue to the next election but I am not sure whether I will stand again.

‘I have taken so much abuse. I have been threatened in the street so I am limiting my time in the town centre.

‘For example I help run a club in the town centre and one day I went back to my car and broken glass had been placed around my tyres.’

Councillor Coe, who stopped his ambulance service following the court case but does still continue with first aid training, also criticised social media for what he described as its way of taking issues ‘completely out of hand’.

‘If something is said on social media, other people don’t have the understanding on what’s going on and it gets people fired up and gets completely out of hand,’ he said.

‘Anyone can sit behind a computer but there are people taking it that little bit too far.’

Councillor Coe has been a Conservative councillor on South Derbyshire District Council since being elected in 2015.