Tory rebels will ‘plunge a knife into the heart’ of Theresa May’s premiership by voting to stay in EU customs union, warns Iain Duncan Smith

Tory rebels were today warned they risk ‘plunging a knife into the heart’ of Theresa May’s premiership by voting to stay in a customs union with the EU.

Iain Duncan Smith raised the prospect of the Prime Minister being forced out and replaced by Jeremy Corbyn if she is defeated on the key issue.

Mrs May is facing immense pressure from both Remainers and Brexiteers to find a way through the bitter standoff on trade with the EU.

Eurosceptics appear to have all-but killed off her compromise solution of a ‘customs partnership’ with the EU, branding it unworkable. Environment Secretary Michael Gove said this morning that the idea was ‘flawed’. 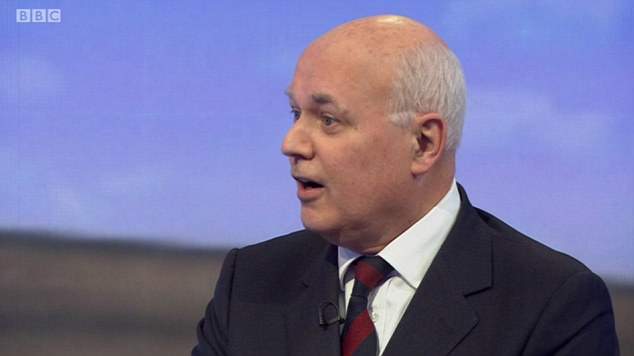 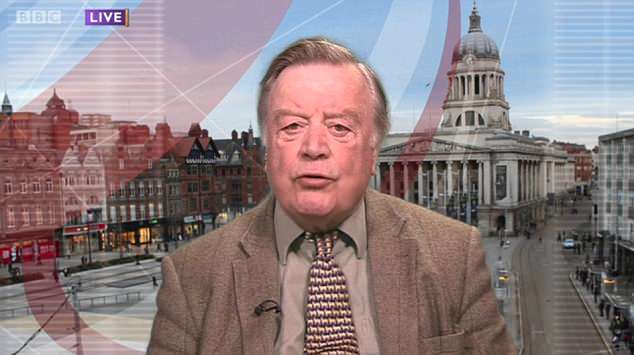 But the alternative of a ‘Maximum Facilitation’ arrangement – relying on technology and trusted trader schemes to minimise trade friction – is regarded as unacceptable by many Remainers. They warn it would hurt business and mean a hard Irish border.

Around a dozen Conservative MPs have signalled they could join with Labour to back membership of a customs union with Brussels after Brexit. That would almost certainly be enough to overturn the PM’s slender majority.

Speaking on the BBC’s Sunday Politics, Mr Duncan Smith warned that Mrs May’s leadership might not survive defeat in the Commons on the issue.

‘They need to think very carefully about this. She is for leaving the customs union,’ he said.

‘It was in the manifesto, and all my colleagues stood on that…

‘They do literally plunge a knife into the heart of government and particularly to the PM, as it is very much her fixed view.’

Pressed on whether defeat would really mean Mrs May leaving No10, he said: ‘Everybody risks it because we don’t have a majority.’

Mr Duncan Smith said there was a danger that some MPs would end up ‘dealing with the devil’ as Jeremy Corbyn was waiting in the wings to seize power. But he did concede that the so-called ‘Max Fac’ option would not mean trade with the EU was completely fluid.

‘It is not going to be completely friction free because it can’t be,’ he said.

However, Tory big beast Ken Clarke dismissed the idea that Mrs May would lose power if the Commons voted for a customs union.

Appearing on the same programme, he urged the premier to face down hardline Brexiteers.

Fellow Tory MP Nicky Morgan, the Treasury select committee chair, said the ‘Max Fac’ plan relied on ‘future technology’ and would ’cause enormous problems on the island of Ireland’.

Ms Morgan told ITV’s Peston on Sunday: ‘I think the partnership proposal is complex, no-one’s entirely clear about how that’s going to work.’

She added: I think the Prime Minister absolutely could come up with a proposal that would gain the support of the majority of the Conservative Party and the majority in the House of Commons, but to do that she has to be very clear that she’s not going to give any truck to those who want a hard Brexit.’