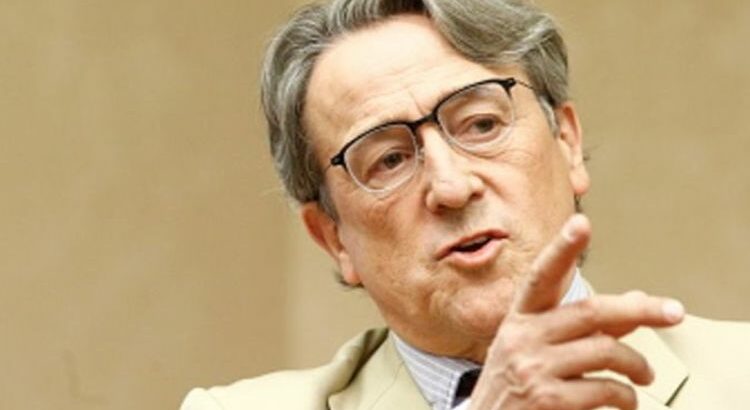 On Wednesday, the Commission unveiled its most ambitious plan yet to tackle climate change, aiming to turn green goals into concrete action this decade and set an example for the world’s other big economies to follow.

The EU executive set out in painstaking detail how the bloc’s 27 countries can meet their collective goal to reduce net greenhouse gas emissions by 55 percent from 1990 levels by 2030 – a step towards “net zero” emissions by 2050.

This will mean raising the cost of emitting carbon for heating, transport and manufacturing, taxing high-carbon aviation fuel and shipping fuel that have not been taxed before, and charging importers at the border for the carbon emitted in making products such as cement, steel and aluminium abroad. It will consign the internal combustion engine to history.

“Yes, it is hard,” EU climate policy chief Frans Timmermans told a news conference. “But it’s also an obligation, because if we renounce our obligation to help humanity, live within planetary boundaries, we would fail, not just ourselves, but we would fail our children and our grandchildren.”

The price of failure, he said, was that they would be “fighting wars over water and food”.

The “Fit for 55” measures will require approval by member states and the European Parliament, a process that could take two years.

Under the proposals, tighter emission limits will make it impossible to sell petrol and diesel car sales in the EU by 2035.

The plan has already attracted the criticism of some Commissioners and MEPs.

Vox MEP Hermann Tertsch branded the plan a “looting of the treasury”.

He blasted: “The European Commission announces the visionary nonsense of well-paid officials and deputies who despise the reality and the interests of hundreds of millions of Europeans.

“It is totalitarian social engineering and looting of the treasury.”

But some environmental campaigners said the Commission was being too cautious. Greenpeace was scathing.

“Celebrating these policies is like a high-jumper claiming a medal for running in under the bar,” Greenpeace EU director Jorgo Riss said in a statement.

“This whole package is based on a target that is too low, doesn’t stand up to science, and won’t stop the destruction of our planet’s life-support systems.”

But business is already worrying about its bottom line.

Peter Adrian, president of DIHK, the German association of chambers of industry and commerce, said that the high CO2 prices were “only sustainable if at the same time compensation is provided for the companies that are particularly affected”.

The EU produces only eight percent of global emissions, but hopes its example will elicit ambitious action from other major economies when they meet in November in Glasgow for the next milestone UN climate conference.

“Europe was the first continent to declare to be climate neutral in 2050, and now we are the very first ones to put a concrete roadmap on the table,” said European Commission President Ursula von der Leyen.

The EU has so far cut emissions by 24 percent from 1990 levels, but many of the most obvious steps, such as reducing reliance on coal to generate power, have been taken already.

The next decade will require bigger adjustments, with a long-term eye on 2050, seen by scientists as a deadline for the world to reach net zero carbon emissions or risk climate change becoming catastrophic.

The measures follow a core principle: to make polluting more expensive and green options more attractive to the EU’s 25 million businesses and nearly half a billion people.

For some EU countries, the package is a chance to confirm the EU’s global leadership in fighting climate change, and to be at the forefront of those developing the technologies needed.

But the plans have exposed familiar rifts. Poorer member states are wary of anything that will raise costs for the consumer, while regions that depend on coal-fired power plants and mines want guarantees of more support for a transformation that will cause dislocation and require mass retraining.