Disabled people, accompanied by Yellow Vests protesters, managed to invade the runway at Toulouse-Blagnac airport on Friday afternoon causing all inward bound flights to be held or diverted.

They were protesting against the plight of people with disabilities and demanding better accessibility and a decent income.

The demonstrators are also highly opposed to the new ELAN law, which was adopted by the Senate on 16 October, as it lowers the standards of accessibility in new housing in order to build more homes more quickly. 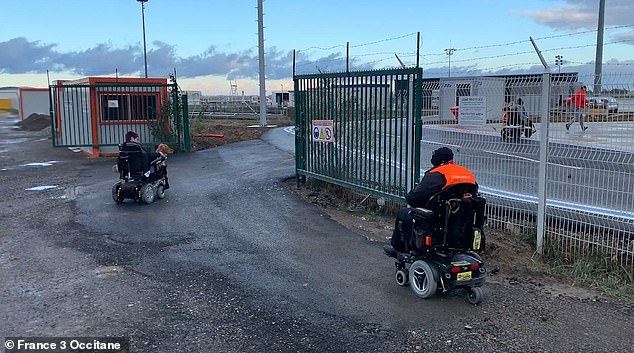 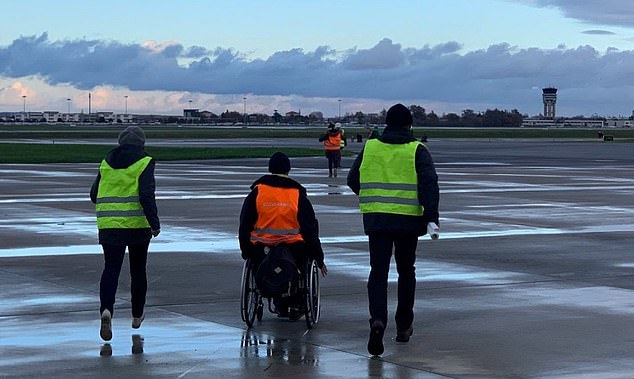 A video uploaded by France 3 shows the activists, in electric wheelchairs and one clad in a high-vis vest, entering the runway with ease through an unlocked gate and making their way toward the grounded aircraft.

Odile Maurin, president of the Handi-Social association of Toulouse, was one of those who managed to access the tarmac of the airport.

Maruin told France 3 that it was vital that the protests ‘have an economic impact’.

The demonstrators were quickly joined by the police, ordering them to leave the tracks immediately. 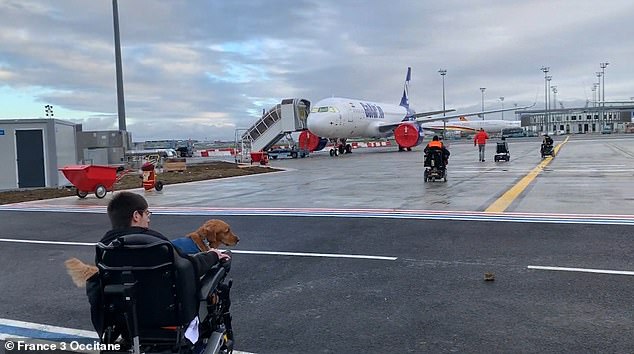 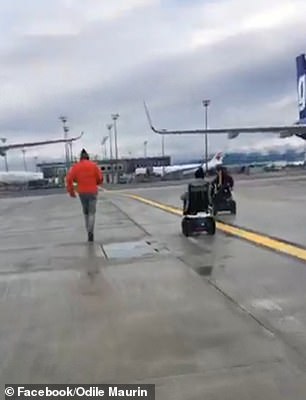 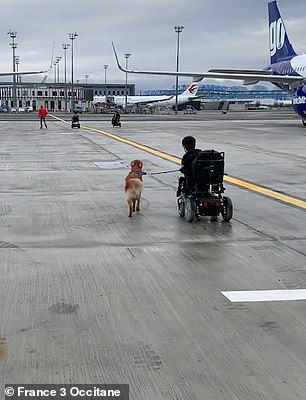 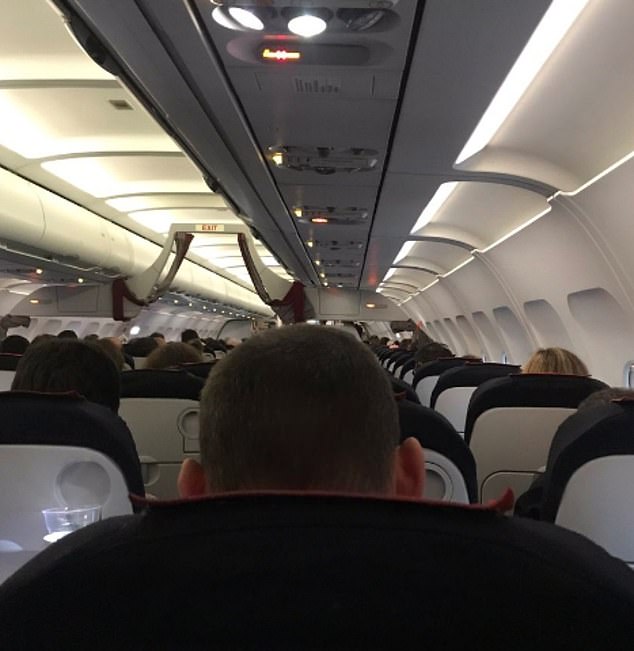 France 3 reported that they have undergone an identity check.

The protesters entered by a gate onto the runway which inexplicably remained open.

The ‘Yellow Vest’ demonstrations – named after the fluorescent outerwear French drivers must keep in their vehicles – have wreaked havoc up and down France over the past few weeks and have even crossed borders in Belgium, Germany and Britain. 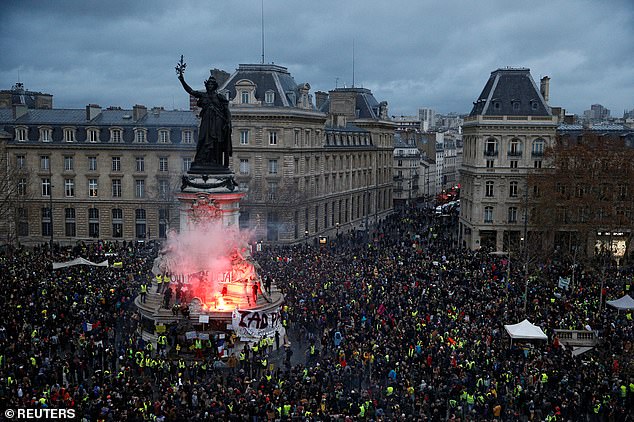 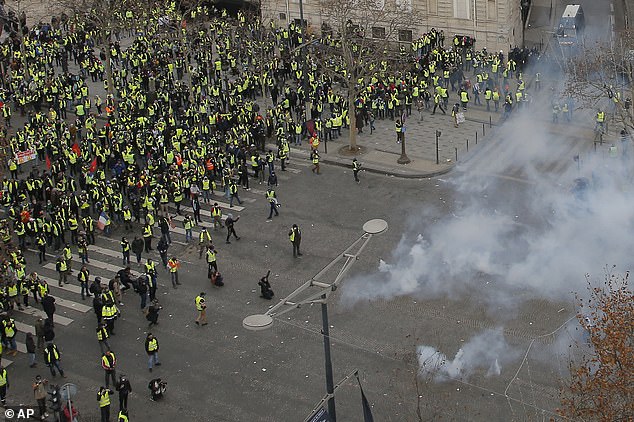 The movement started as a protest against higher taxes for diesel and gas, but quickly expanded to encompass wide frustration at stagnant incomes, the rising cost of living and other grievances.

Rioters in Paris set fire to cars, burned barricades and smashed windows in pockets of violence across the city centre.

Police reinforcements were boosted to 8,000 across the city at the weekend, with armoured vehicles deployed in Paris for the first time ever.

Nationwide, 89,000 police officers were on duty in towns, cities and on numerous motorways which caused havoc on France’s road network, including a blockade of a border crossing with Spain.

Macron on Wednesday agreed to abandon the fuel tax hike, which aimed to wean France off fossil fuels and uphold the Paris climate agreement, but that hasn’t defused the anger.