Jeremy Corbyn is facing fresh pressure over Brexit as his left-wing backers are poised to launch a major campaign to convince him to try to keep the UK in the EU.

Trade union leaders are joining forces with Labour MPs and members of the campaign group Momentum to launch a nationwide speaking tour this summer.

The Left Against Brexit tour wants to pile pressure on the Labour leader to radically change his policy and sign up to overturn Brexit.

But the campaign is likely to expose deep divisions within Labour, which is torn between its Brexit-backing heartland voters and Remain-backing southern activists. 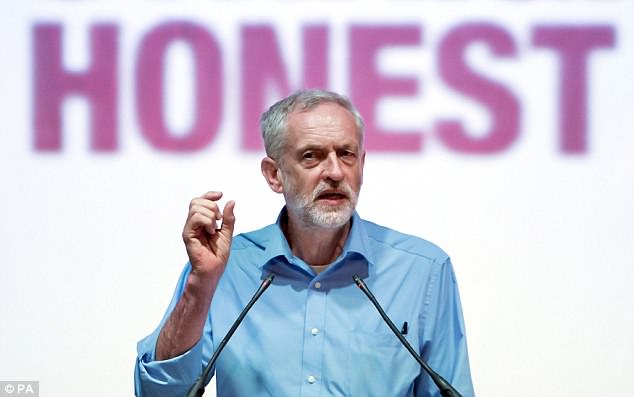 Mr Corbyn is a long-time eurosceptic who has promised to respect the outcome of the referendum and back Brexit. 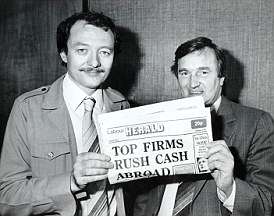 A ‘loony left’ council boss from the 1980s has been elected to a senior position in a local Labour party 30 years after he was thrown out of public office.

‘Red’ Ted Knight, 84, was unanimously voted in as trade union representative to Lambeth’s Labour committee, which presides over the selection of candidates.

His elevation is likely to provoke anger among Labour moderates as he was one of the clutch of far-left council leaders blamed for exiling the party from No10 for a generation.

Mr Knight became an icon of the far-left when he set an illegal budget in protest at Margaret Thatcher’s attempts to curb local government spending.

The council lost money in lost interest and Mr Knight was banned from holding office for five years and slammed by Labour leader Neil Kinnock for bringing the  party into disrepute.

His return to political office after nearly 35 years in the political wilderness shows how the far-left have regained their hold over labour under Jeremy Corbyn.

A source at Lambeth Labour told The Times: ‘Ted Knight is a relic from a very unpleasant era.

‘He was primarily responsible for the self-indulgent ratecapping rebellion which left residents paying off debts from his illegal budgets for decades.

‘The fact that he now has a seat on the committee sends a terrible message our voters.’

Yet the vast majority of his MPs desperately want Britain to stay in the bloc and have been piling pressure on him to shift his policy.

The group’s website warns: ‘Time is running out. Theresa May’s Brexit deal will go to the vote in parliament in autumn.

‘The closer we get, the clearer it becomes that Tory Brexit is an attempt to deregulate our economy, sign our future over to dodgy trade deals and allow bosses to cash in.

‘It is all-out attack on the rights, freedoms and prosperity of working class people and the communities that the left is supposed to represent.’

It adds: ‘This summer, join us for a nationwide tour — with inspiring speakers, and an in depth discussion about how we can stop Brexit.’

Speakers who will hit the road for the tour include Manuel Cortes, the general secretary of the transport union TSSA.

Michael Chessum, who was on Momentum’s first steering committee, the Labour MEP Julie Ward and Labour MP Catherine West, are all set to speak.

The speakers will not call for a direct rerun of the Brexit referendum.

Instead they want Mr Corbyn to formally reject leaving the EU and make the case that a vote for Labour would be a vote to remain in the Brussels bloc.

Mr Cortes told The Guardian: ‘There is nothing about Brexit that will make life better for the working class.

‘It was a rightwing brainchild won – and only narrowly – on a deceitful programme of dog-whistle racism and the big lie that the NHS would get £350m a week.

‘The left should unite now and come together to stop this Tory act of war against our class.

‘Our job is always to defend our people against the boss class. Supporting Tory/Ukip Brexit is unacceptable class collaboration. Full stop.’

He added: ‘The Corbyn promise of new economic settlement at home is now our priority. Frankly, there is no one better placed than Jeremy to call for peace and reconciliation with Europe.

‘Pulling out of Brexit, not Europe, is now the bold offer we need to make if we are to win an election and begin to properly rebuild prosperity at home.’

Ms Ward, the Labour MEP for north-west England, compared the fight to stay in the EU with the fight against Fascism. 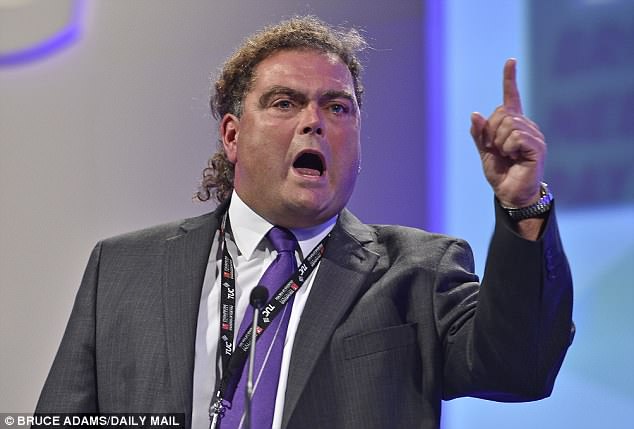 Speakers who will hit the road for the tour include Manuel Cortes, the general secretary of the transport union TSSA. He branded the Brexit campaign ‘deceitful’ and warned working class people will bear the brunt of the fallout of Brexit (file pic)

She said it will ’embody the spirit of previous generations who stood shoulder to shoulder against the fascists in Germany, France, Spain and elsewhere’.

She added: ‘A Corbyn-led Labour government could lead the charge to reform the EU from within, giving hope to millions of young people across Europe.

‘This Left Against Brexit tour opens the way for the majority view in the Labour party to shift the party back to where it belongs – at the heart of the EU, arguing for a more fair and just world for the many.’