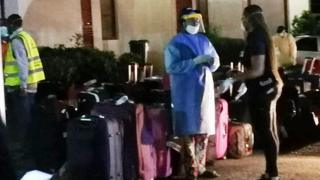 They have all been placed in quarantine following their arrival on Sunday as a precaution against coronavirus.

The country’s anti-trafficking agency will interview them about their experiences after their isolation ends.

Last month, a Nigerian woman working as a maid in Lebanon was rescued after being put up for sale on Facebook for $1,000 (£807).

The UN says thousands of women and girls from Nigeria and other African countries are trafficked every year.

They are often lured away with promises of jobs in Europe or Asia, but usually end up being exploited as domestic maids or forced into prostitution.

Last year, an undercover BBC News Arabic investigation in Kuwait found that domestic workers were being illegally bought and sold online in a booming black market. 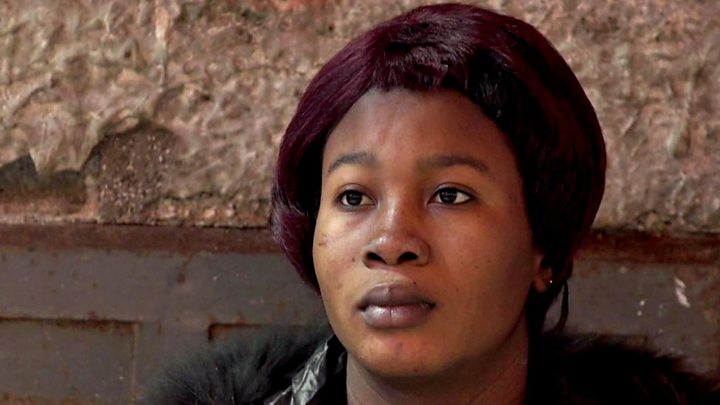 Nigeria’s Foreign Affairs Minister, Geoffrey Onyeama, tweeted his thanks to the Lebanese authorities for their financial and logistical support in making Sunday’s evacuation possible.

A further 19 Nigerians, stranded in Lebanon because of Covid-19 lockdowns, were also repatriated.

Julie Okah-Donli, the head of Nigeria’s National Agency for the Prohibition of Trafficking in Persons (Naptip), said the hotel where the women were being quarantined was under guard to ensure their protection.

They would be offered ways to rebuild their lives after investigations into their cases, she said.

According to Naptip, at least 20,000 Nigerian girls were trafficked to Mali and forced into prostitution last year.

Ms Okah-Donli said the agency was working with the foreign ministry to repatriate citizens who had been trafficked.