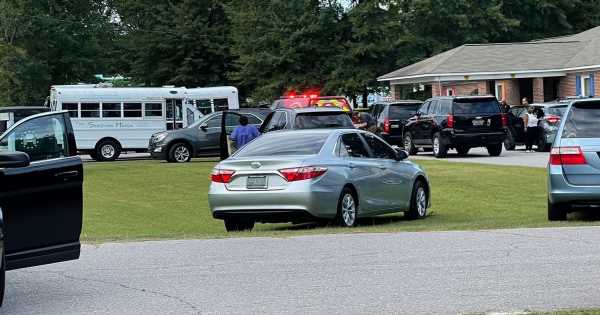 Two twin boys have been found dead inside a car near a daycare centre.

Police rushed to the scene after reports of two infants unresponsive inside the vehicle.

Fox News reports that it's not clear if the daycare were involved or connected to the tragic incident.

When officers arrived they found two infants inside the vehicle, and they were sadly pronounced dead at the scene by emergency paramedics.

Reporters at the scene have described hearing screaming and crying outside the police cordon after the tragedy was discovered.

The coroner's office confirmed the infants were two twin boys.

There has not been an update on their ages or circumstances surrounding their deaths.

Sunshine House is an early learning academy and daycare centre based in South Carolina.

Images from the scene show a swarm of emergency vehicles outside the daycare centre, with several cars parked along a grass verge. There are also members of the public standing by the cordon after the tragic incident.

"RCSD tell us sadly two infants were found dead in a vehicle. At this time it’s not clear if employees at the daycare were involved."

It's believed multiple agencies are working on the investigation alongside the Richland County Sheriff's Department.