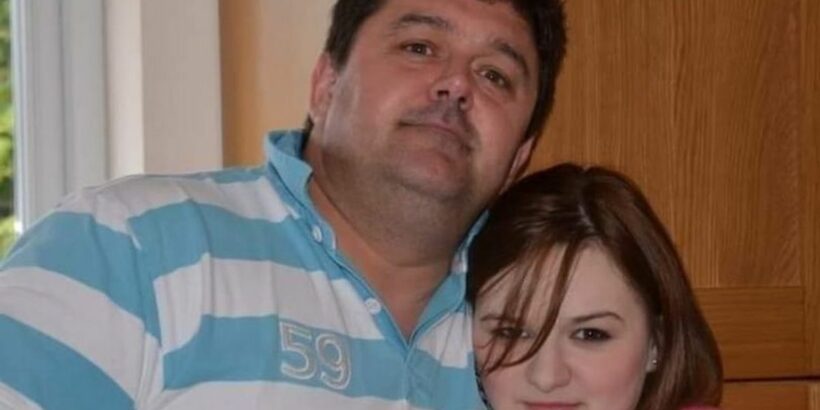 A dad and daughter were tragically swept out to sea to their deaths off a harbour wall by a huge wave, an inquest has heard.

Matthew and Bonnie Smith by the "savage" sea in Mullion on the Lizard Peninsula, Cornwall, on November 2 last year.

The family had visited the area before and it was 47-year-old Matthew's "favourite place in the world", Cornwall Live reports.

The sea was described as savage and compared to boiling water by witnesses.

Cornwall Coroner's Court heard the Smith family – Matthew, Bonnie, 26, and her brothers Mitchell and Oliver – drove down from Bristol and Gloucester for a short family break.

Coroner Andrew Cox said: "Anyone who knows the Mullion area will know that for waves to break over the harbour wall there must be a substantial sea running.

"I can completely understand why anyone would want to go down to the sea. If you come down to the coast you go down to get the first breath of fresh air."

Mitchell said visibility was poor on the harbour while the wall was slippy and the sea was savage.

It was getting dark and the family were using torches on their mobile phones to see.

He said: "As we were on the harbour I told Oliver to watch out as it was quite slippy, I remember my dad laughing about it.

"My dad is a very big and strong person. I don't think I've ever seen him break a sweat.

"People often say when you're with him you feel invincible. He's a force to be reckoned with. I think this may be why they didn't turn back."

Oliver added: "Everything on that night happened so fast – it was like a movie, unexplainable.

"My dad was a big strong bloke and he seemed invincible to everyone. My sister felt safe with dad, same as we all did."

The inquest found that Matthew and Bonnie died from drowning.

She said: "This case is a tragedy in the truest sense of the word. It is a simple case of naivety and not ignorance.

"Oliver and Mitchell have commented about what a strong and powerful man their father was. I have no doubt this is true.

"No human being's strength is a match for the sea in full storm flow and only a small amount of fast flowing water is required to knock someone off their feet.

"Sadly, no amount of investigation will ever determine whether Matthew did go into the water to save Bonnie, as is suggested by his sons, but it must be considered a possibility."

Recording conclusions of accidental death, acting senior coroner for Cornwall Andrew Cox said: "It was on the evidence of all the witnesses a wild night, and the sea state has been described as savage and boiling.

"Once they were in the water, the prospects of any recovery being effected were remote.

"It is a devastating tragedy."