The woman’s train was cancelled after a teenage boy was struck by a train in West London. 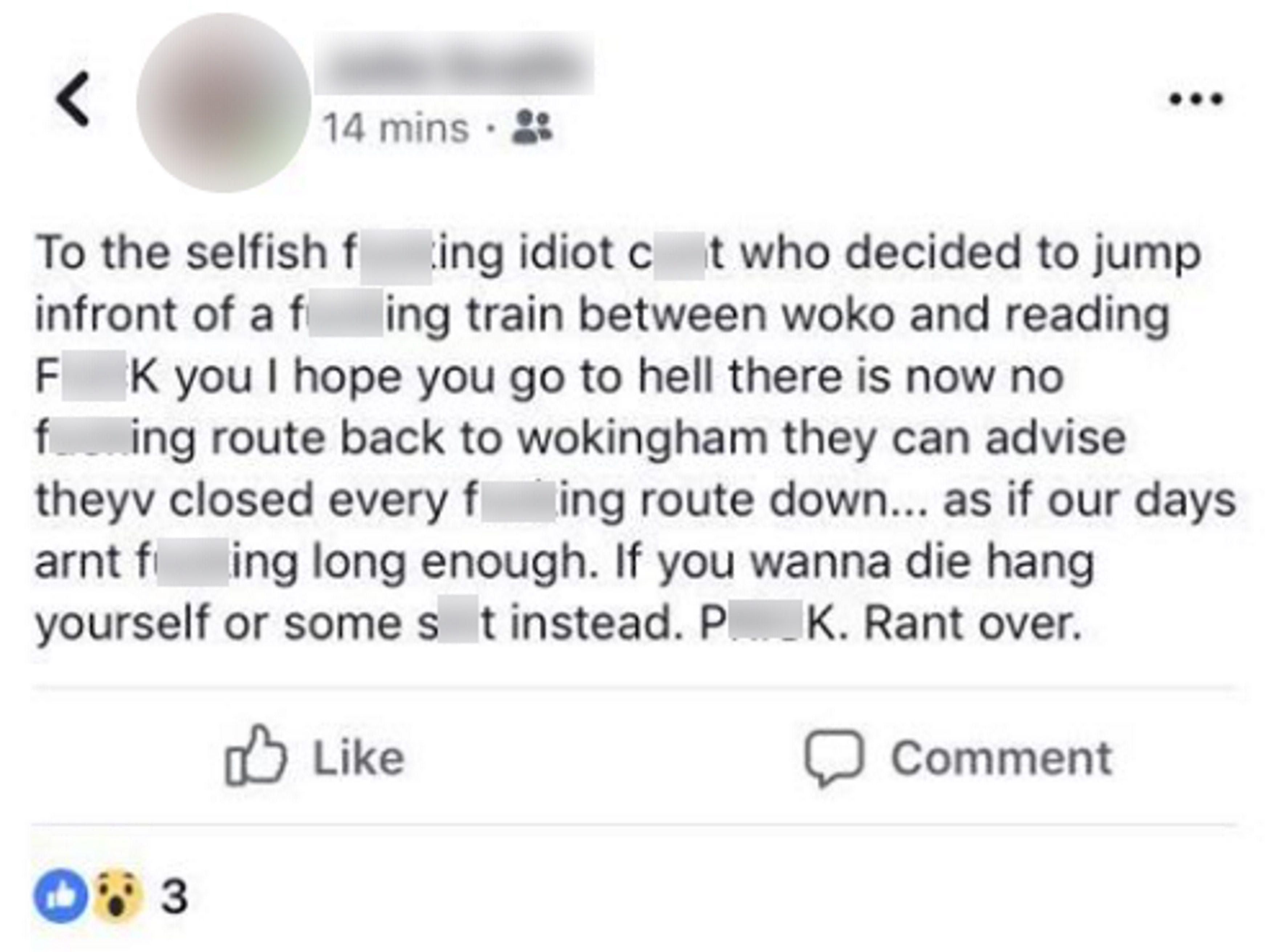 In a sickening rant on Facebook she said: "To the selfish f***ing idiot c*** who decided to jump in front of a f***ing train between woko [Wokingham] and Reading F*** you. I hope you go to hell.

"There is now no f***ing route back to Wokingham they can advise [they've] closed every f***ing route down… as if our days aren't f***ing long enough.

Many were quick to express their disgust at the woman’s outburst. 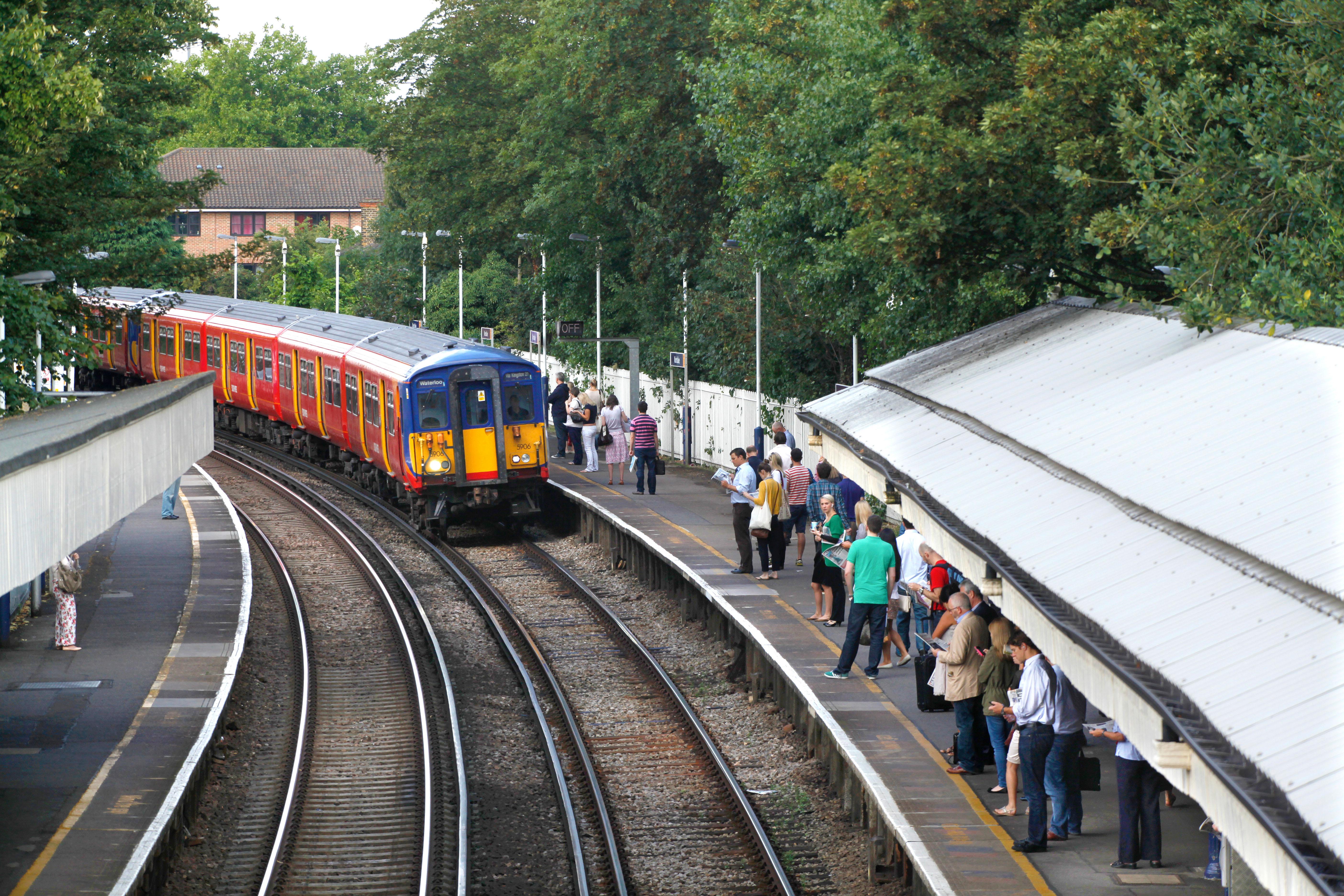 One fumed: “You vile human being have some thought for the family. Obviously they were suffering to do something so tragic how would you feel it was a member of your family.”

She said: “People are wishing me dead…to hang myself…get beaten up etc. I have apologise for the post and I am apologising now publicly.

“I do regret the post I do not wish anything bad upon anyone and my sincere condolences to the family.”

A retired train driver, who has witnessed a suicide first hand, slammed the woman for her thoughtless post.

Martin Gilbert was shadowing the driver of the train when 25-year-old Nellie Ross stepped out in front of him carrying her baby in 1975.

The 64-year-old said: "This woman's post really upsets me. When I read it I was actually crying because it reminded me of that young mum and her baby. 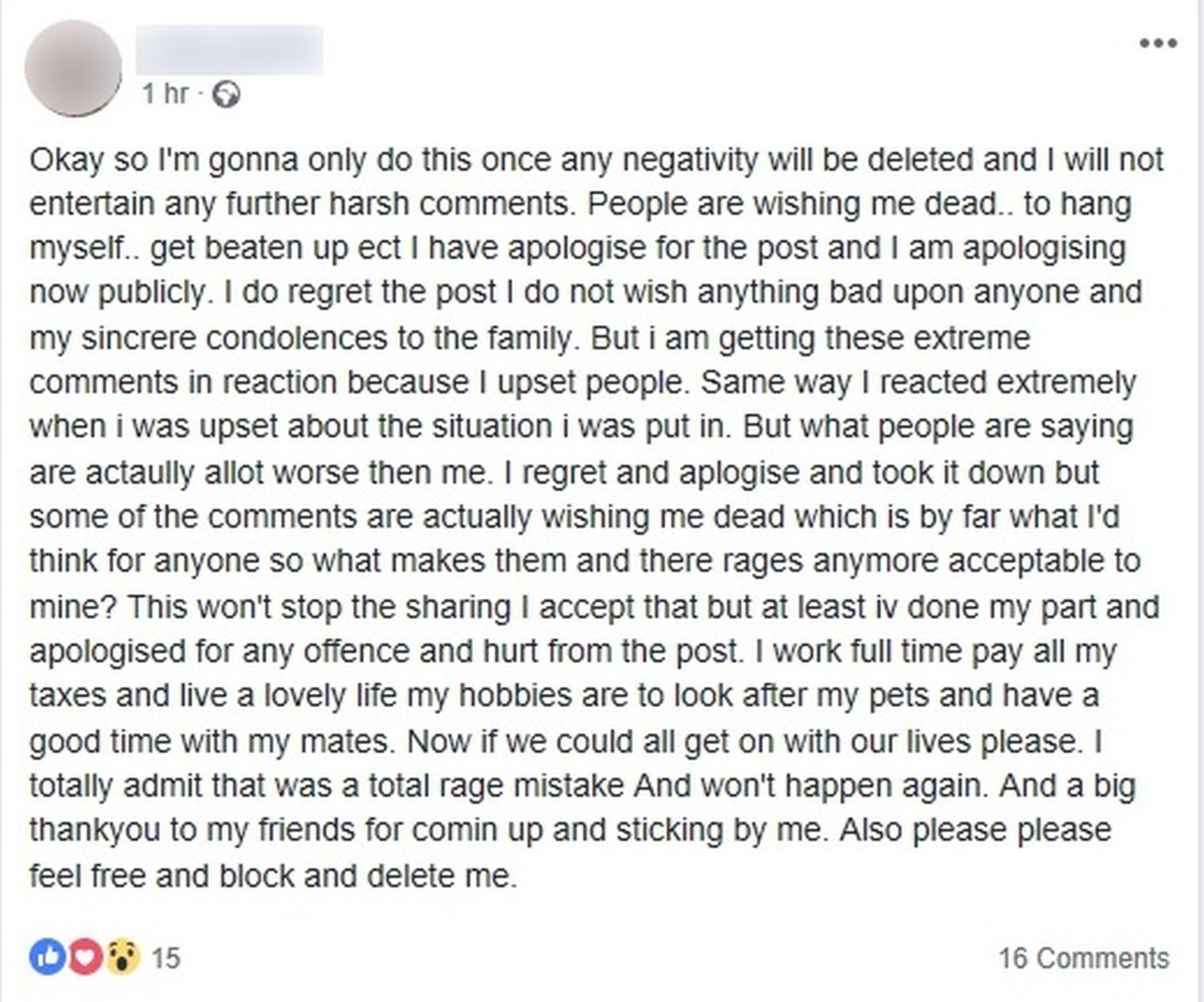 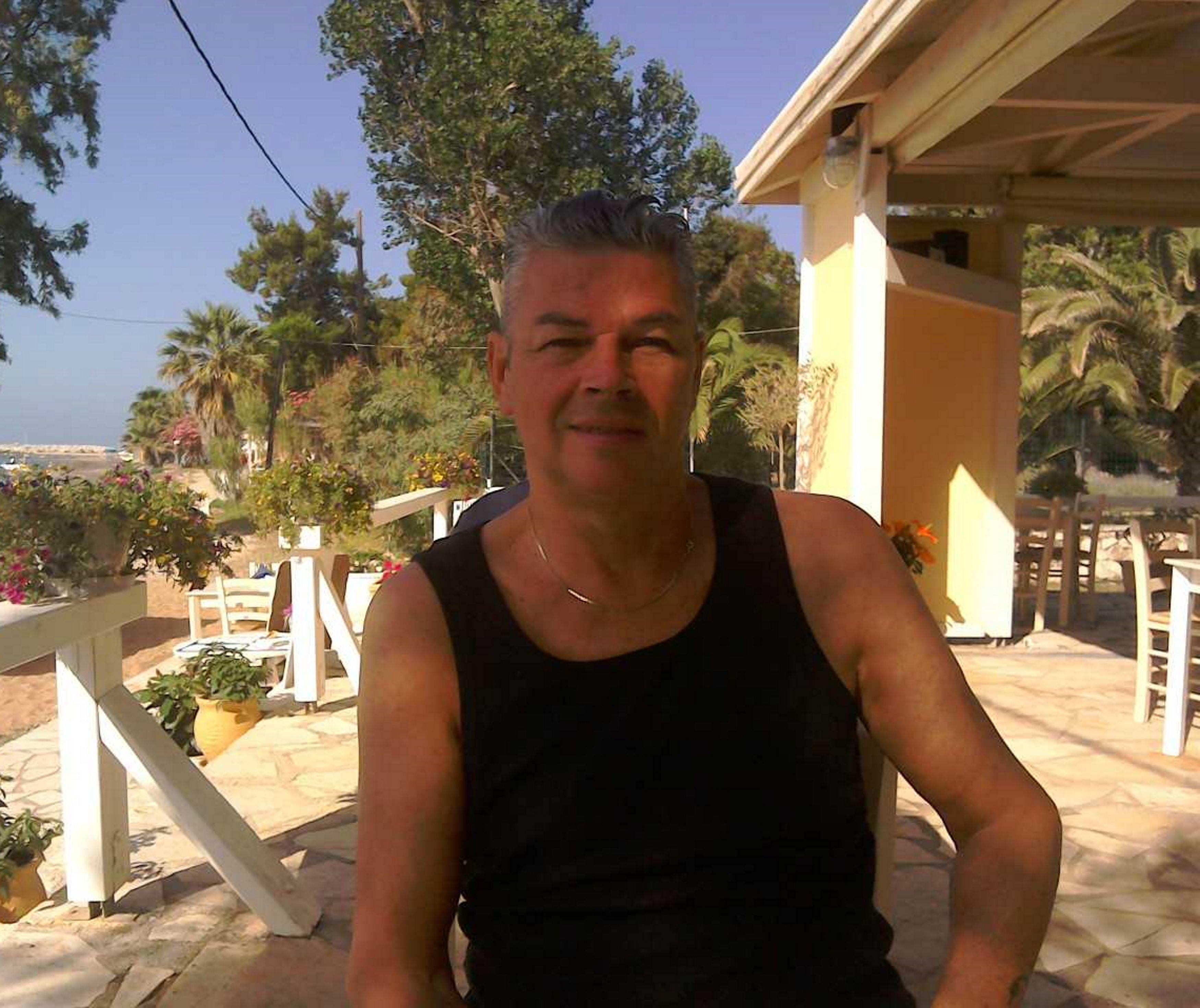 "I found it very upsetting. A lot of people are appalled by it.

"Nowadays, people are upset because they are inconvenienced. What do you think a person is going through to want to jump in front of a train?”

A spokesperson for British Transport Police said: "Shortly after 10am on 1 November, officers were called to Mortlake station, after reports of a person being struck by a train.

"Officers attended alongside paramedics, however a 15-year-old boy was sadly pronounced dead at the scene. His family have been informed.

"This incident is not currently being treated as suspicious and a file will be prepared for the coroner."