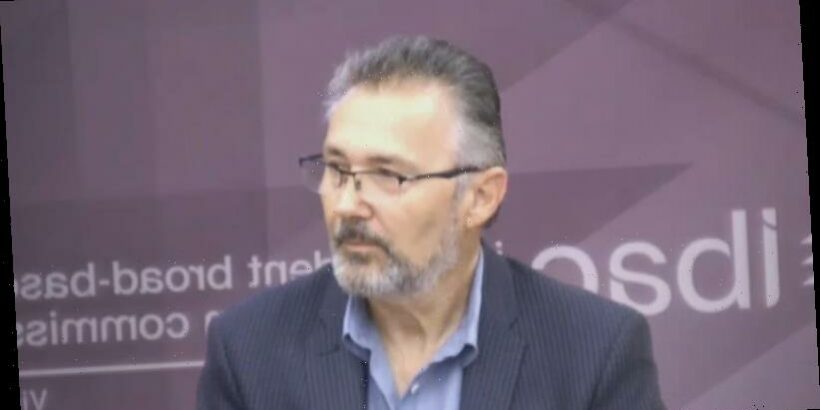 The co-director of a cleaning company accused of paying off senior transport public officials has said under oath that he could not recall signing cheques that helped V/Line’s then boss buy a multimillion-dollar home. 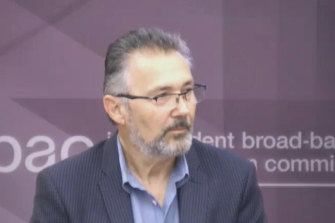 Co-director of Transclean Alex Kyritsis appears as a witness at IBAC on Wednesday.

The anti-corruption watchdog is investigating allegations that Mr Pinder and Mr Bollas pocketed a series of cash bribes from Transclean in exchange for granting the company lucrative work.

This included $320,000 for a deposit on Mr Pinder’s $2.5 million home within months of Translcean securing a contract worth up to $40 million with V/Line.

Part of this loan was funded by separate property companies co-owned by Mr Haritos, Mr Kyritsis and their wives, called Jinican, Grattan Heights and Bega Nominees, evidence tendered to the inquiry shows.

Mr Kyritsis was shown three cheques that he signed from those property companies in January 2019 in which he transferred less than $100,000 to a Transclean manager, Marie Tsakopoulos.

The inquiry heard that Ms Tsakopoulos then transferred the cash to Mr Pinder, in addition to $120,000 she sourced and transferred to Mr Pinder’s real estate agent via her sister – someone Mr Pinder has never met.

Mr Kyritsis acknowledged his signature on the cheques on Wednesday, but said he could not remember signing them.

“This is totally news to me,” he said.

Mr Kyritsis said he was asked by Mr Haritos to make a loan to Ms Tsakopoulos. He found out later the money was for Mr Pinder, but still went ahead with signing the cheques.

He said he was “uncomfortable” about money being paid to Mr Pinder, but said he was not aware of any corruption.

Counsel assisting Paul Lawrie suggested that Mr Kyritsis was seeking to hide the source of the cash paid to Mr Pinder. He did this by transferring money to Ms Tsakopoulos through a series of separate companies and using cheques rather than electronic bank transfers, Mr Lawrie said.

“You knew it couldn’t be seen to the outside world that the source of those funds was Transclean,” Mr Lawrie said.

“I felt uncomfortable about it,” Mr Kyritsis said. “But ultimately, it was Marie who loaned the money.” 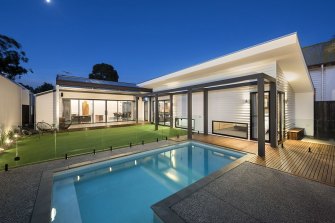 Commissioner Robert Redlich, QC, suggested the money was not in fact a loan but a gift to Mr Pinder, which Mr Kyritsis denied.

However, he agreed that the terms attached to the loan were so obviously uncommercial for Transclean that it appeared to be nonsensical.

Mr Lawrie said: “No one, I suggest … behaving in a sensible manner would consider lending substantial amounts of their own money, without any written record of the agreement, without any security… it’s just inconceivable, isn’t it?

Alex Kyritsis said he has known Mr Haritos for about 45 years – as long as he has been married to his sister. They have been in business since the 1980s, he said.