Transgender man, 26, who attacked his ex’s new boyfriend with a brick and a broken beer bottle then blamed it on having too much testosterone while he was transitioning is jailed for two years

A transgender man who was put on ‘too much testosterone’ as he switched from a woman was jailed today after brutally attacking his former lover’s new boyfriend.

Jesse Hawthorne, 26, attacked his victim with a brick and a broken beer bottle after turning up drunk at the home of ex Emma Dickinson.

A court heard Hawthorne, who was born Jessica, lashed out because could not accept former girlfriend’s new relationship with army veteran Ashley Cook.

His defence barrister blamed an ‘inappropriate amount of testosterone at the time while he was transitioning’ for causing the raging hormones.

Hawthorne had walked past the home of Miss Dickinson, 32, when he saw love rival Mr Cook through her bedroom window.

Prosecutor Julian Greenwood said: ‘Hawthorne launched two cans of lager in the direction of the bedroom window, which smashed the window.

‘The objective was to provoke Mr Cook and indicate that he, Hawthorne, was present outside.

‘Mr Cook opened the door and was assaulted by the delivery of a brick which made contact with his face.

‘Hawthorne picked up a glass bottle that was shattered and assaulted Mr Cook during the course of a scuffle which went far beyond any suggestion of self defence.’

Miss Dickinson rushed to her boyfriend’s aid while he struggled with his attacker, and she managed to get her arm around Hawthorne’s neck and strangle him. 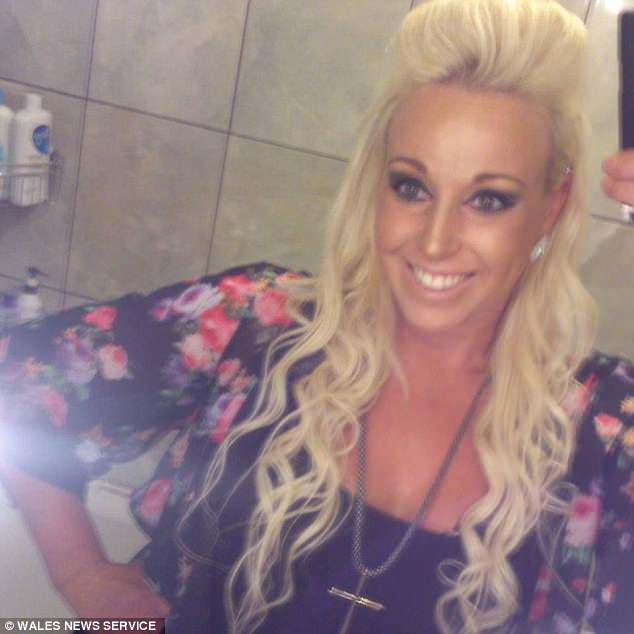 A court heard Hawthorne, who was born Jessica, lashed out because could not accept former girlfriend Emma Dickinson (pictured) having another partner in Ashley Cook Mr Cook was left with blood running down his face, with a gash to his forearm, his forehead, and the back of his head.

He said in a victim impact statement he had left the armed forces seven years ago having served in Bosnia, and the attack had triggered his post traumatic disorder syndrome.

Hawthorne was arrested near the attack in Caerphilly, on Boxing Day and later pleaded guilty to wounding with intent.

He appeared at Cardiff Crown Court via video link from female prison Eastwood Park in Gloucestershire, despite Hawthorne identifying and transitioning to a man. 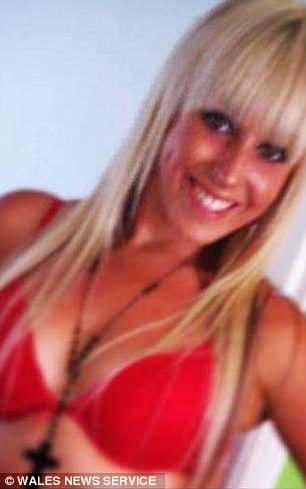 Sarah Walters, defending, said Hawthorne had been on too much testosterone during the attack as part of his transition from being a woman.

She said: ‘He was on an inappropriate amount of testosterone at the time while he was transitioning.

‘He accepts he went past the address but not in terms of wanting to assault Mr Cook.

‘Mr Cook was not anticipated to be there that night. His presence was completely unarranged.’

Miss Walters said Hawthorne’s issues with his biological gender had led to him abusing drink and drugs from a young age, and had stopped going to school because he was made to wear a girl’s uniform.

She said Hawthorne had been on remand at the female prison for around five months, which had ‘not been easy’ for him due to his transition.

Her Honour Judge Tracey Lloyd-Clarke said Hawthorne had experienced ‘difficulties’ relating to her gender, but said it could not excuse her ‘serious assault’.

The judge added: ‘I acknowledge the difficulties you’ve experienced in your life.

‘But that cannot excuse your actions that night. This was a very serious assault.’

Hawthorne, from Caerphilly, was jailed for two years and five months. 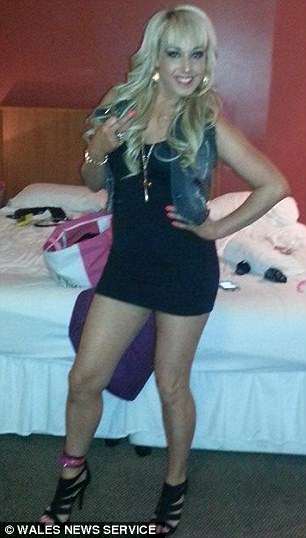