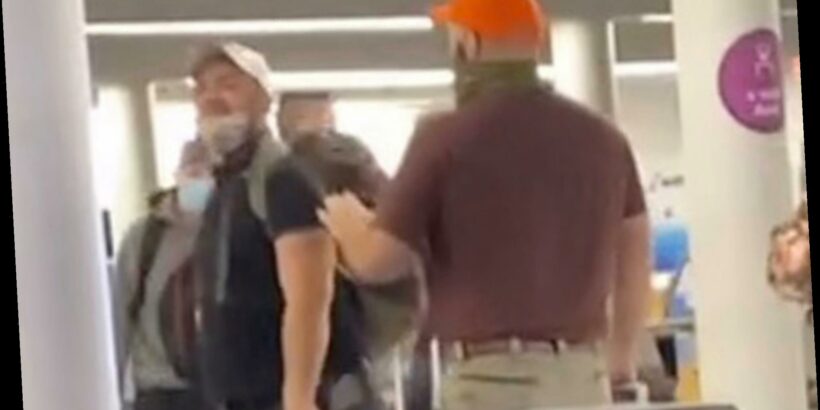 Arnold Schwarzenegger says he spoke to Joe Biden about unity

She’ll be back: ‘Soho Karen’ returning to NYC to face charges for alleged attack on black teen

A burly traveler has gone viral for blubbering that he’d been branded a “f—ing terrorist” and booted off a flight — an epic meltdown viewed more than 20 million times by Tuesday.

“I love every single one of you, but this is what they do to us!” the unidentified man shouts at fellow travelers as he strolls through an airport in the clip posted to TikTok on Sunday.

In between sobs, he continues shouting, “They kicked me off a flight, they called me a f—ing terrorist and they wanna f—ing rule my life.”

The clip ends with a woman in a red coat telling him to “please calm down” — adding nonchalantly, “I was kicked off Delta earlier.”

The DC woman who shot the clip, @heartlessbeech, said it showed him having “a full toddler level meltdown [because] he was told to wear a mask!”

The man was wearing his mask around his chin during his outburst.

The video quickly went viral after being shared on Twitter by a self-confessed Antifa user, who simply captioned it, “Awww.”

Despite the initial poster saying the freakout was over mask-wearing, many assumed it was connected to the Capitol riots and the no-fly list imposed on protesters.

After her clip went viral, @heartlessbeech admitted that she didn’t “actually know for sure” why the hysterical passenger was kicked off the flight — but stressed that it “happened in Charlotte” and not DC. 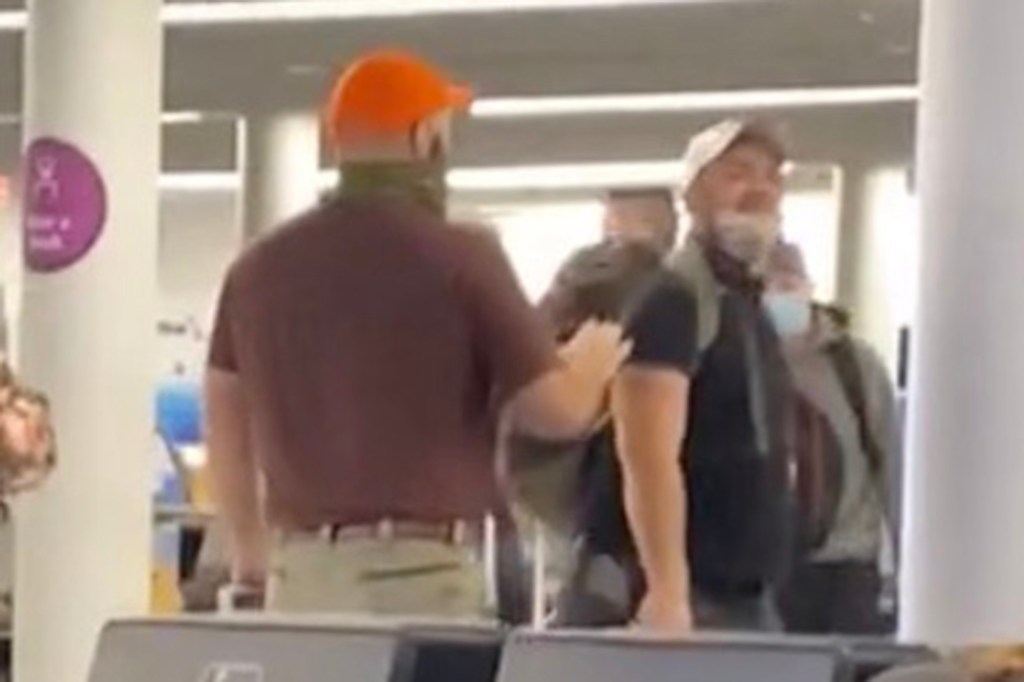 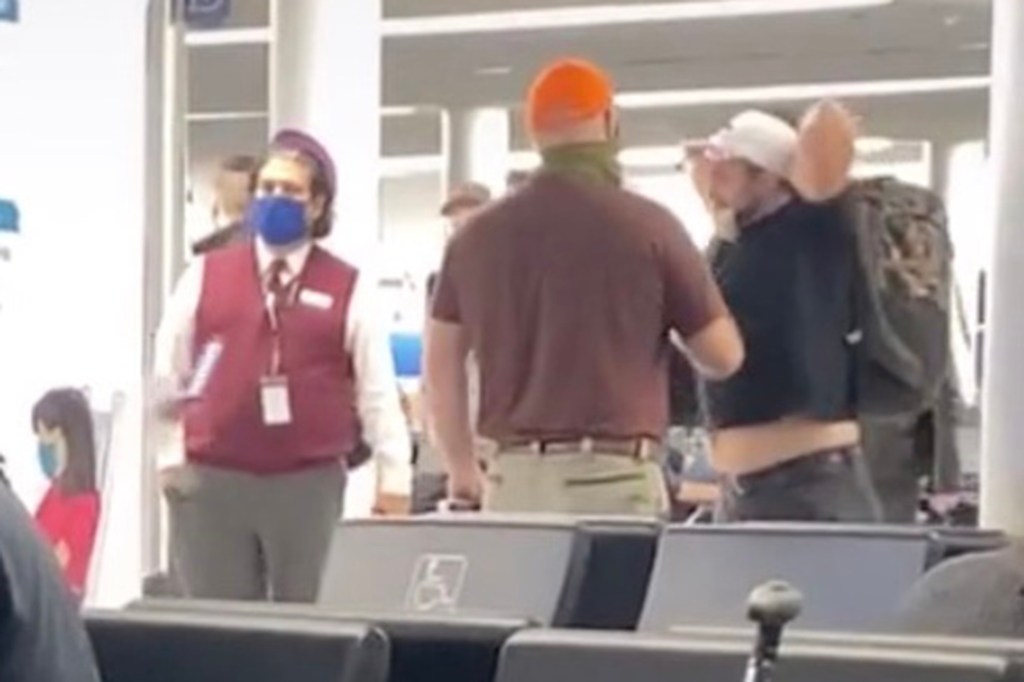