A tribunal will decide whether veganism is a ‘philosophical or religious belief’ in a landmark legal action which could give vegans broad protections across employment, education and housing in Britain.

Jordi Casamitjana, who is bringing the claim, alleges that he was sacked by the UK charity League Against Cruel Sports after raising concerns about its investment in animal testing products.

He said he was unfairly disciplined and claimed the decision to sack him was because of his belief in ethical veganism, an accusation which the League denies.

Mr Casamitjana’s lawyers say ethical veganism – which includes avoiding non-food products made from or tested on animals – amounts to a philosophical or religious belief protected under the Equality Act 2010. 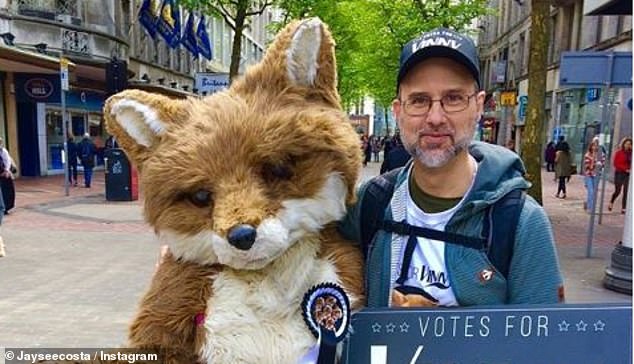 Jordi Casamitjana, pictured, is bringing a case to have ethical veganism recognised as a protected belief under the Equality Act after saying he was sacked because of his veganism

How could veganism be protected under the Equality Act?

The Equality Act 2010 spells out nine ‘protected characteristics’ which it is illegal to discriminate against.

As well as religious belief, they are: age, disability, gender reassignment, marriage or civil partnership, pregnancy or maternity, race, sex and sexual orientation.

If a belief meets the criteria it is illegal to discriminate against someone because they hold that belief.

The law applies to a wide range of fields including employment, education and housing.

The legislation says that a philosophical belief must be:

For a belief to be protected under the Act, it must meet a series of tests including being worthy of respect in a democratic society, not being incompatible with human dignity and not conflicting with the fundamental rights of others.

Mr Casamitjana, who is originally from Catalonia in Spain but has been living in the UK for 25 years, said the hearing was not primarily about his dismissal, but about establishing ethical veganism as a philosophical belief.

He said: ‘This is not a hearing to determine whether I was unfairly dismissed, or suffered any detriment because of my beliefs, or because I blew the whistle.

‘It’s a hearing to decide the legal status of the belief in ethical veganism.

‘If we are successful in establishing that ethical veganism is such a philosophical belief, then a subsequent hearing will deal with the question of whether I was discriminated because of that belief.’

He added: ‘Although the manner in which I was dismissed was intensely distressing for me, some good may come of it if I am able to establish this valuable protection for all ethical vegans.’

He told BBC News: ‘Some people only eat a vegan diet but they don’t care about the environment or the animals, they only care about their health.

‘I care about the animals and the environment and my health and everything.’

Solicitor Peter Daly, who is acting for Mr Casamitjana, said ethical veganism ‘comfortably’ met the tests to be considered a protected belief.

He said: ‘Ethical veganism is more than simply a dietary choice.

‘It is a particular and well-defined philosophical view about the relationship between humans and animals. It is based on well-considered and substantial philosophical thinking.’ 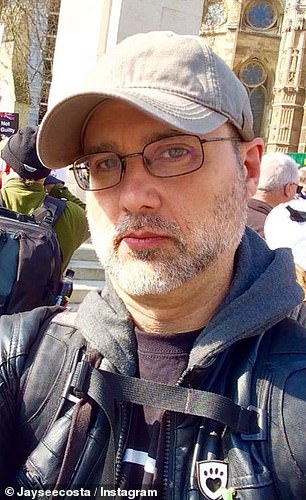 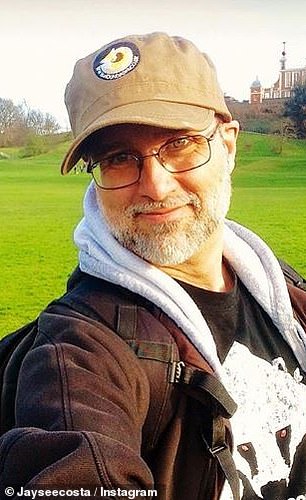 Mr Casamitjana, pictured, said the hearing was not primarily about his dismissal, but about establishing ethical veganism as a philosophical belief

Mr Daly said it was a ‘landmark case’ because a decision in his client’s favour could give vegans new protections across employment and education.

The campaigner said the tribunal could not issue binding precedents but that its rulings were usually followed by other courts.

Mr Casamitjana, who is based in London, is an ethical rather than a dietary vegan, which means his avoidance of animal products extends beyond food.

‘This means that I do not eat, wear or consume any animal products.’

But the League Against Cruel Sports said it sacked Mr Casamitjana for gross misconduct and that linking the decision to his veganism was ‘factually wrong’.

In a statement to the BBC, it added: ‘Mr Casamitjana was dismissed from his position because of gross misconduct.

‘To link his dismissal with issues pertaining to veganism is factually wrong.

‘Mr Casamitjana is seeking to use his veganism as the reason for his dismissal. We emphatically reject this claim.’

Mr Casamitjana is crowdfunding his legal fees for the case, which will be heard in March next year.

What is the difference between ethical veganism and dietary veganism?

Dietary vegans and ethical vegans both eat a plant-based diet, avoiding meat and other foods derived from animals such as dairy products.

However ethical vegans also try to exclude all forms of animal exploitation outside what they eat.

This includes not wearing clothing made of wool or leather and not using products tested on animals.

Mr Casamitjana told BBC News that dietary vegans chose that option for their health rather than concerns about the environment or animals.

Describing his own ethical veganism, he said: ‘I care about the animals and the environment and my health and everything.’