Bus driver Michael Elcombe, 45, and passenger Brian Chapman, 76, died while another 17 people were injured in the collision that unfolded near Cambridgeshire on Tuesday morning. 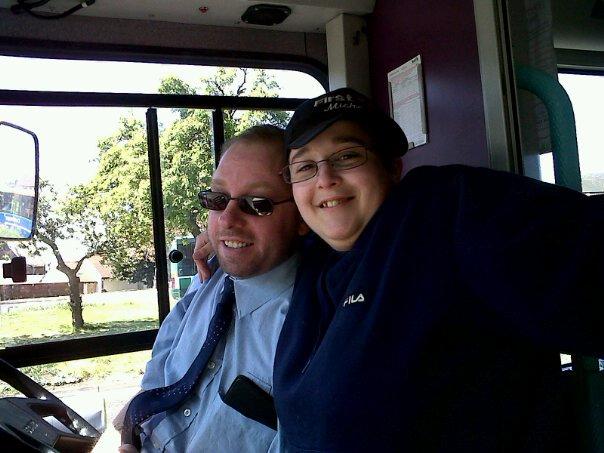 Mr Elcombe's grieving widow Sonia has since paid a heart-wrenching tribute to him, writing: "Love u so much baby" next to a picture of the smiling 45-year-old.

Friend Michael Burnham wrote on Facebook: "Thoughts & Prayers for Mike Elcombe, who went to work 'On The Buses' yesterday, as we all have for so many years, and did not return home. Thinking of his family, friends & work colleagues. RIP Mike."

Police are now investigating, as First Bus confirmed its X1 service, which was being driven at the time, is not fitted with seatbelts. 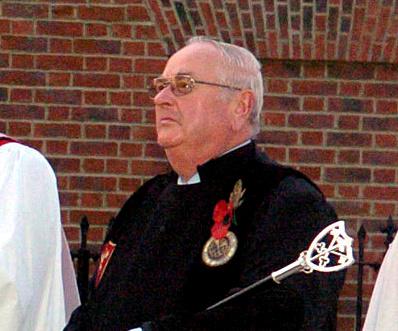 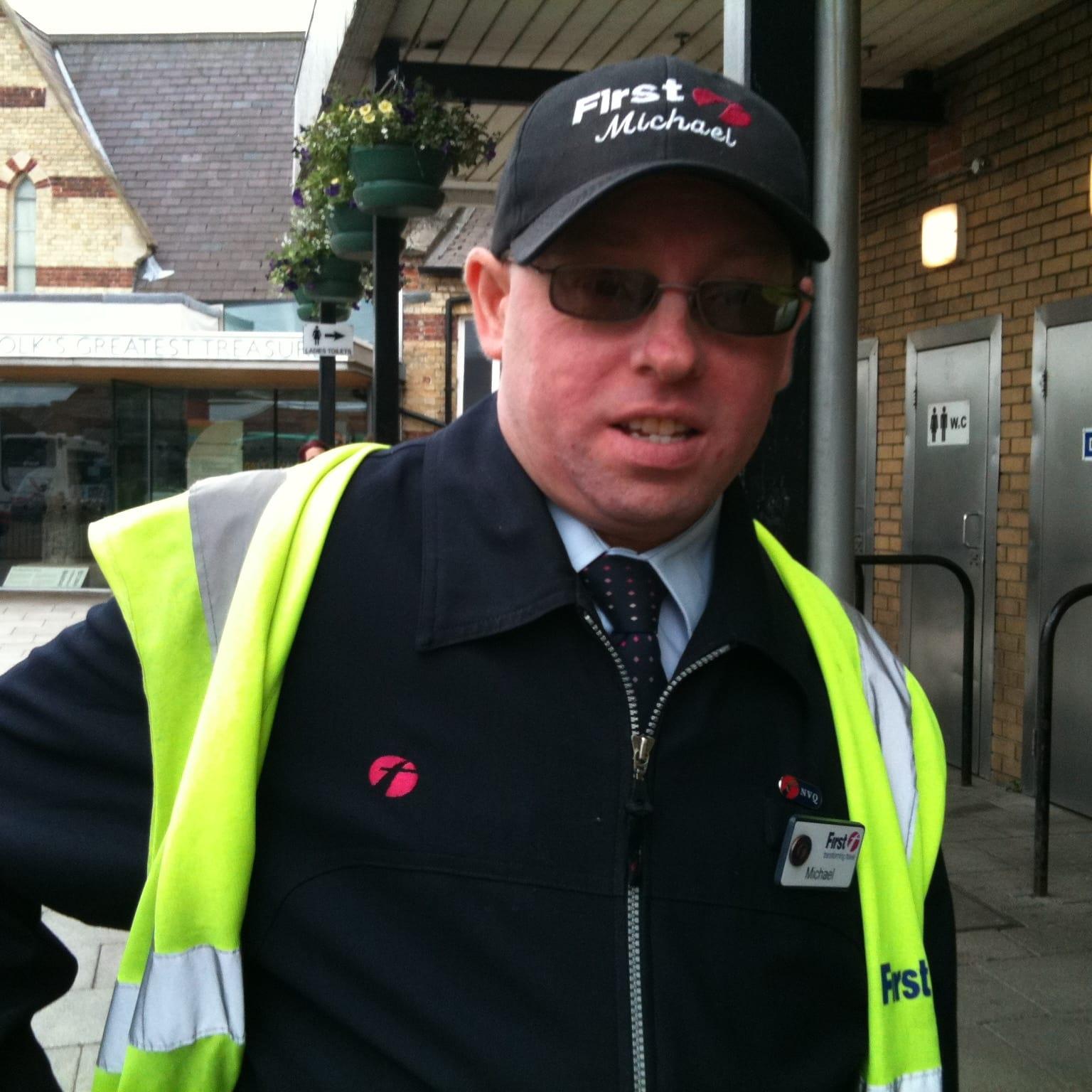 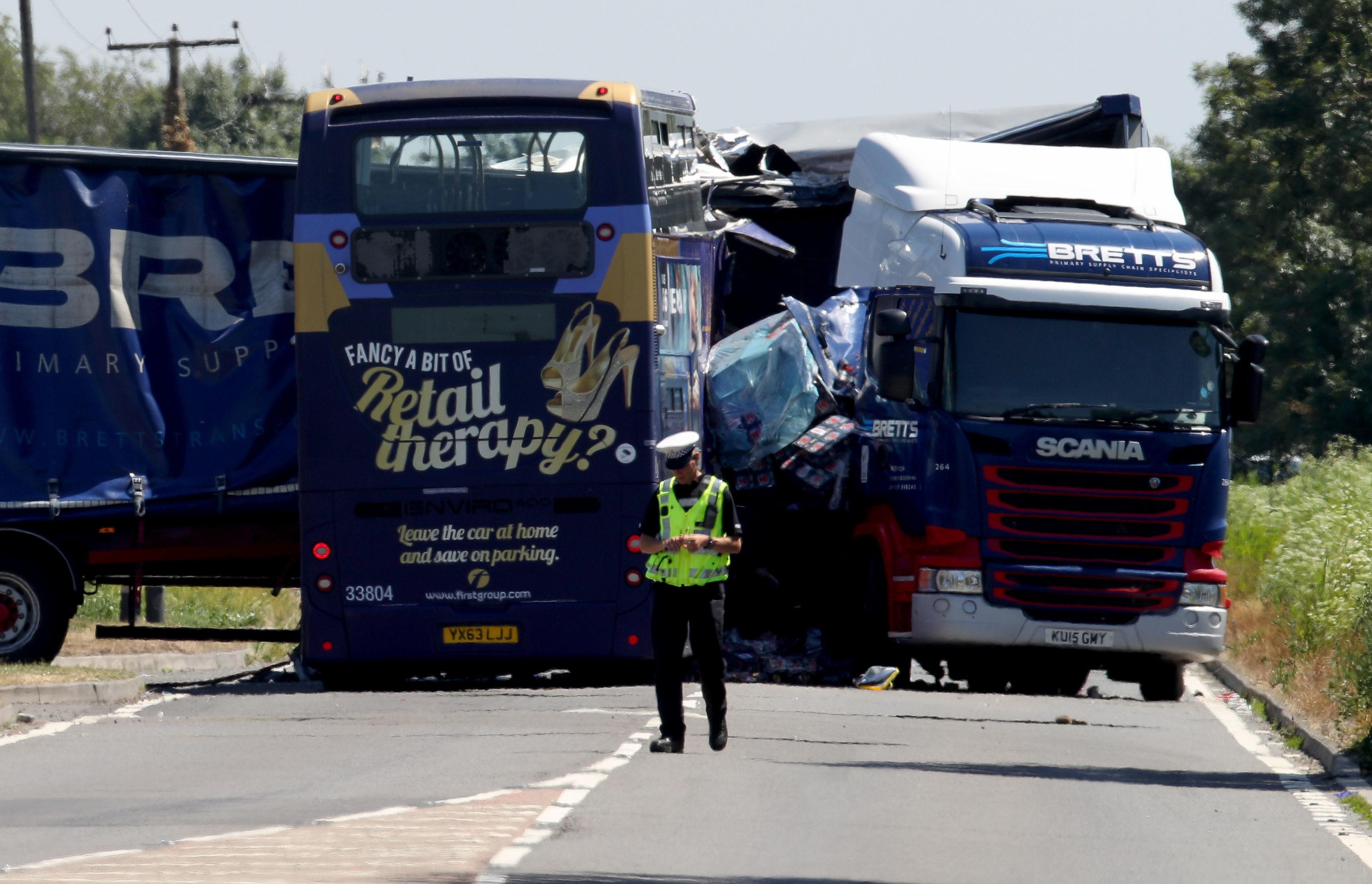 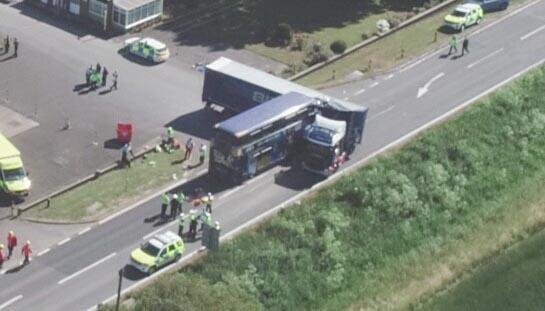 Other friends remembered Mike as a "lovely chap".

It is understood passenger Brian Chapman, who was a verger at St Peter and Paul Church in Kettering, was on his way to a market in Kings Lynn when he was killed in the crash.

He was known for his love of teddy bears, the Daily Mail reported. 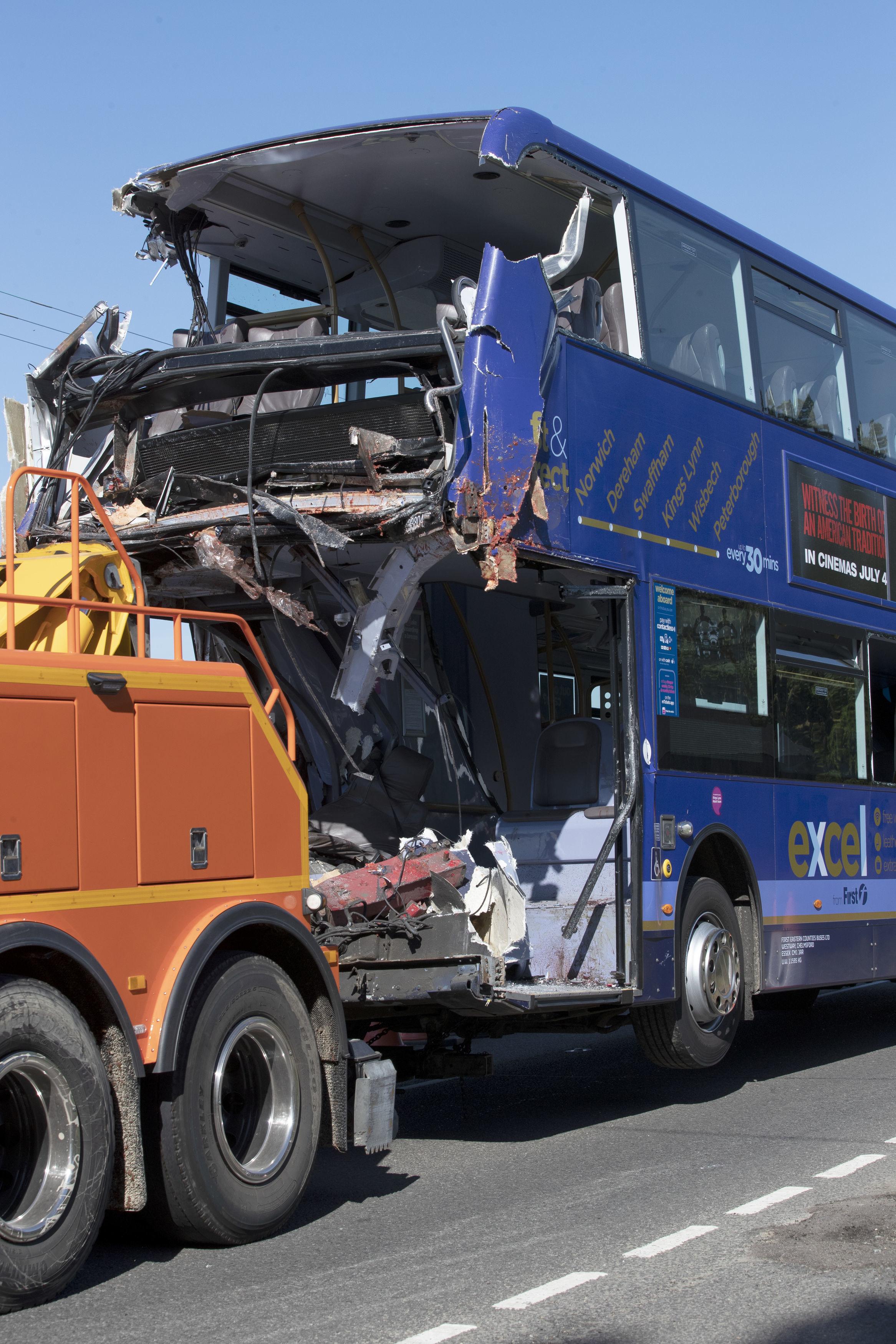 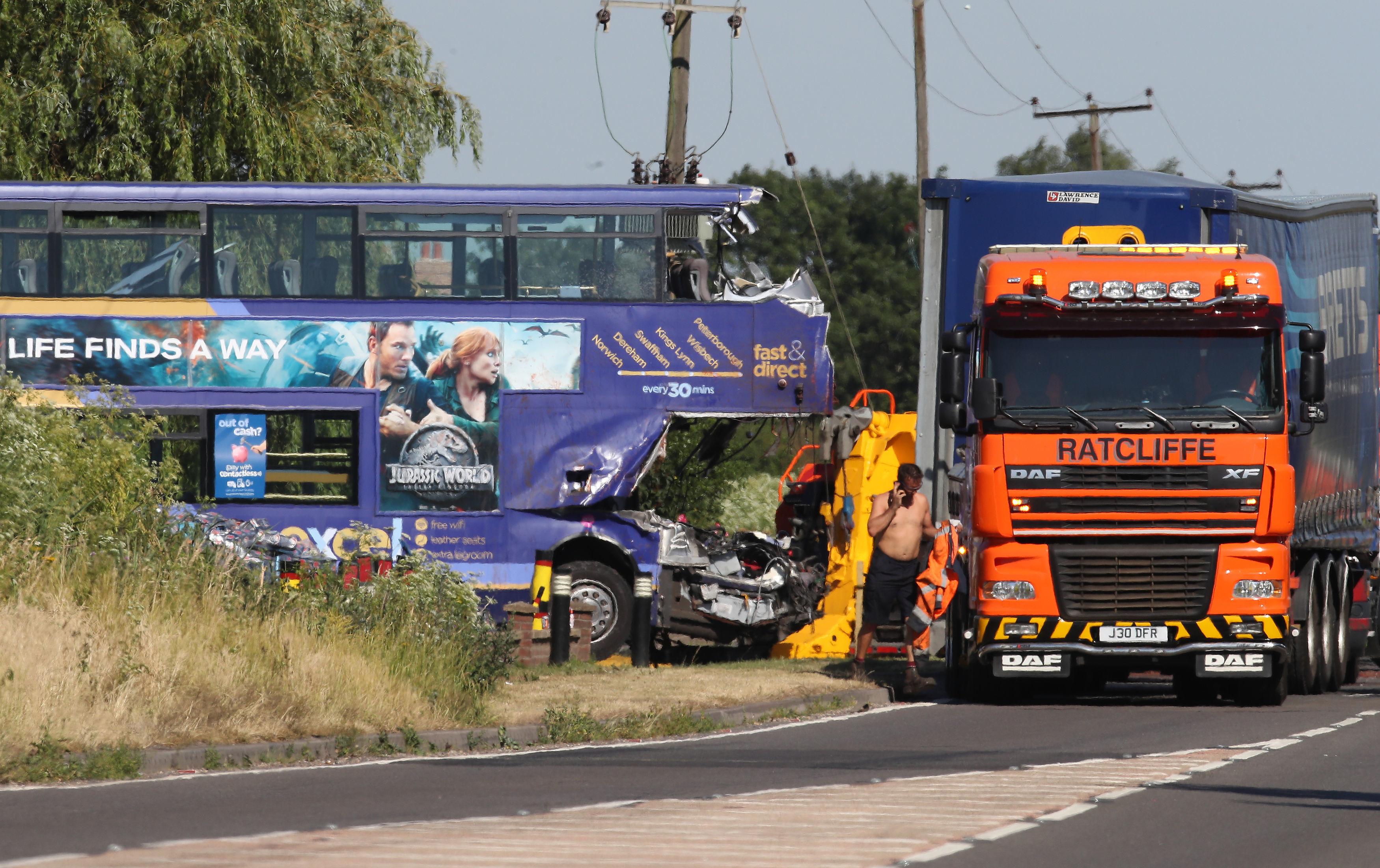 "Our verger for the past few decades, Brian Chapman, was killed earlier today in a road traffic accident.

"He was in a bus on his way to King’s Lynn. It’s hard to imagine St. Peter & St. Paul’s Church without him."

The community has since organised a service to remember him, with Rector Walsh adding: "May he rest in peace and rise in glory."

Police confirmed today that 17 people had been injured in the collision, with six seriously hurt.

The majority of the people injured were from Peterborough, with one from Hunstanton in Norfolk. 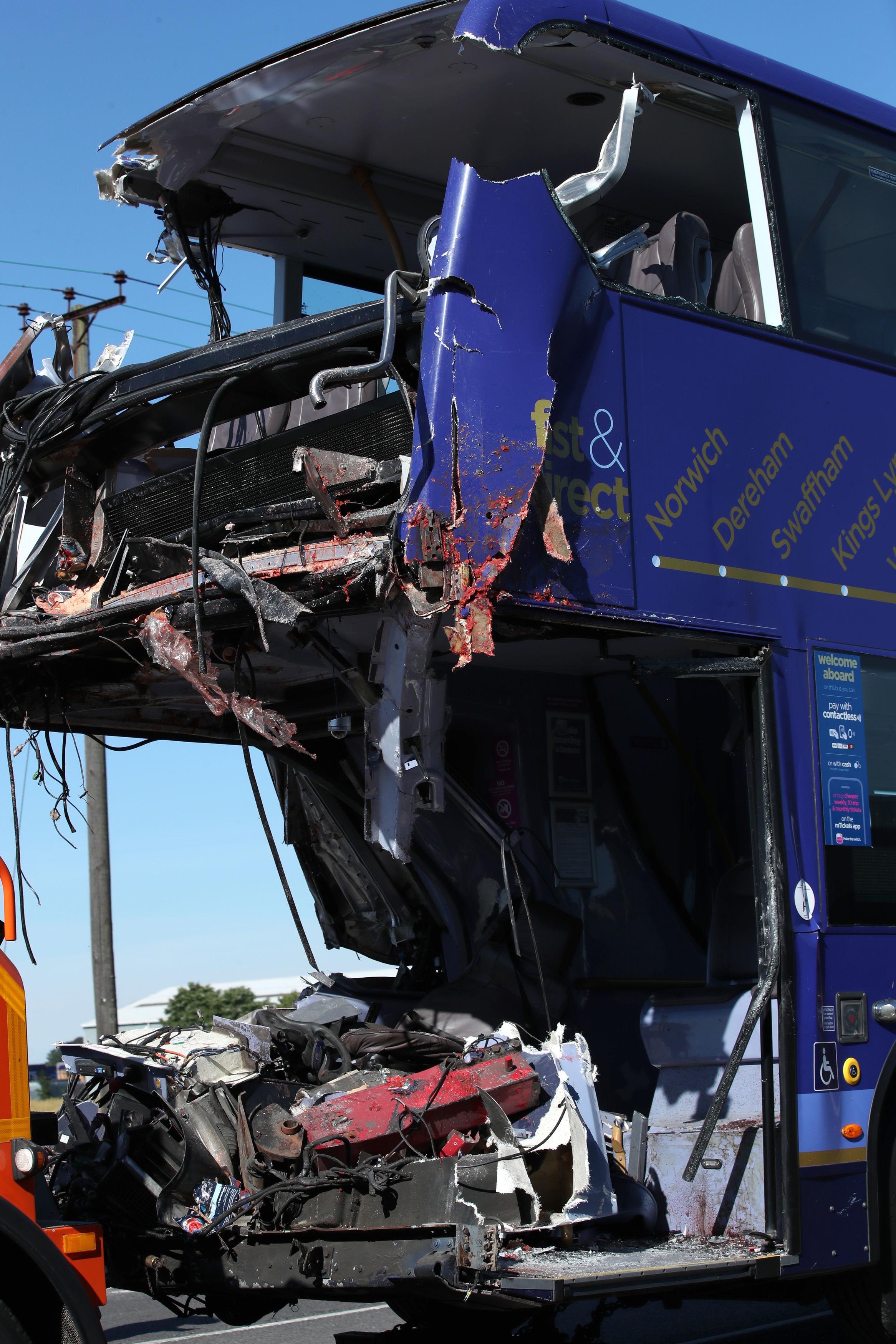 Steve Wickers, Managing Director at First Eastern Counties said: "One of our buses was involved in a fatal road traffic incident with a lorry on the A47 in Guyhirn.

"Two people have lost their lives in this incident, one being a driver based in our Kings Lynn depot.

"I am shocked and saddened by what has happened. Our thoughts are with the families of the deceased and we will be providing as much support to them as we can through this difficult time.

"We will now be working with the police while they undertake their investigations."

Cambridgeshire Police today confirmed: "The circumstances of the collision are being investigated, but no arrests have been made."

Locals were left reeling from the horrific crash, with Louise Mead telling the Cambridge Evening News: "We are directly opposite where the crash took place and at about 7.30am this morning we heard an enormous bang."

At the time of the crash, Cambridgeshire Police tweeted: "We are appealing for witnesses following a collision on the A47 at 7.30am this morning.

"Anyone who witnessed the incident is asked to call 101."