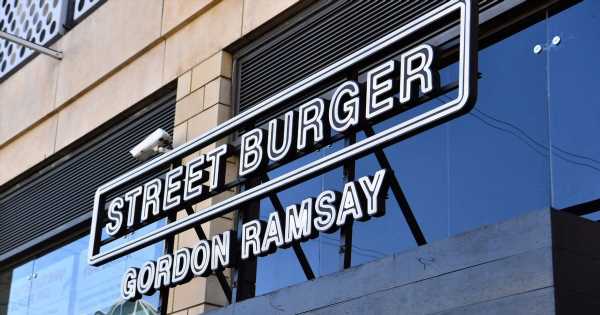 Gordon Ramsay has had a roasting over the £16 burgers and fries at his new fast food chain.

Diners and critics have moaned that Street Burger’s prices are hard to stomach.

Gordon – who crowed earlier this year about “crap” chain restaurants being wiped out by the pandemic – has got eight burger joints and plans more.

She added: “The ‘Hell’s Kitchen’ burger is simply duff, despite being glossy and stacked, influencer-style.

“Ramsay can, very clearly, do better. But why bother? He’s a global celebrity, he’ll get away with it because of who he is.”

On TripAdvisor a diner in Reading wrote: “This was our first visit and will be the last! Cold, undercooked burgers which were nothing special for the £16 price tag leaving us all very disappointed.”

And a diner in Covent Garden, London: “The burgers were less than average. Shouldn’t be associated with the Gordon Ramsay brand.”

Meanwhile, a third diner said: "Seriously overpriced for what it is.

They added: "Honest opinion if you went to a high street fast food chain you would be more impressed with the food and the price and portion size."

Despite the complaints, the restaurant's website claims that the prices of their burgers are "honestly priced".

They describe the menu as "simple and inviting" and claim that the food has "bags of flavour".

The establishments operate under 26 different names and are spread across the globe.

Fifteen of Ramsay's restaurants are in North America, but the chef also has establishments in countries including China, France, Korea, Malaysia, and more.