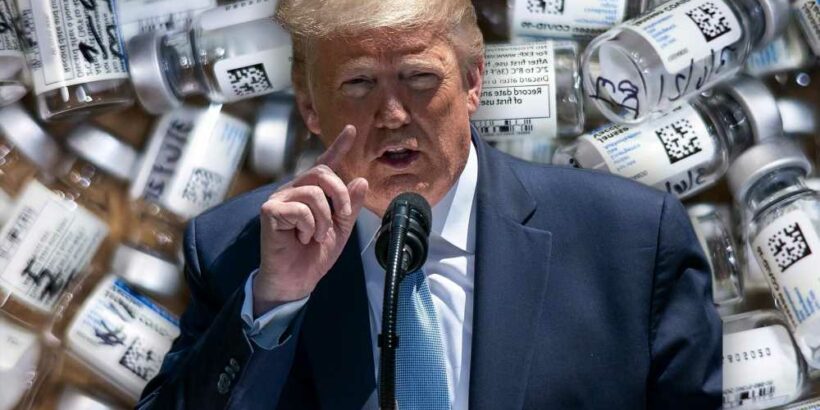 Nikki Haley: I won’t run for president in 2024 if Trump does

My Pillow fight with Costco rages on for Mike Lindell

Trump claimed in a statement that the Food and Drug Administration may be in cahoots with Pfizer, which manufactures the first of three US-approved vaccines.

“The Biden Administration did a terrible disservice to people throughout the world by allowing the FDA and CDC to call a ‘pause’ in the use of the Johnson & Johnson COVID-19 vaccine,” Trump said.

“The results of this vaccine have been extraordinary but now it’s [sic] reputation will be permanently challenged. The people who have already taken the vaccine will be up in arms, and perhaps all of this was done for politics or perhaps it’s the FDA’s love for Pfizer. “

Trump added, “The FDA, especially with long time bureaucrats within, has to be controlled. They should not be able to do such damage for possibly political reasons, or maybe because their friends at Pfizer have suggested it. They’ll do things like this to make themselves look important.”

Trump and his allies claim Pfizer strategically waited to release efficacy data for the company’s vaccine until six days after the Nov. 3 election. The data indicted it was more than 90 percent effective and signaled hope for the pandemic’s end.

Trump claims that Pfizer sought to undermine his candidacy after he proposed regulations to reduce drug prices. The company denied the allegation.

Trump offered a loose chronology in his Tuesday statement.

“Remember, it was the FDA working with Pfizer, who announced the vaccine approval two days after the 2020 Presidential Election. They didn’t like me very much because I pushed them extremely hard,” Trump said.

“But if I didn’t, you wouldn’t have a vaccine for 3-5 years, or maybe not at all.  It takes them years to act!  Do your testing, clean up the record, and get the Johnson & Johnson vaccine back online quickly.  The only way we defeat the China Virus is with our great vaccines!”

The FDA said it recommended a pause of the Johnson & Johnson vaccine after receiving reports that six people experienced rare blood clots out of 6.8 million doses injected. One person died and another is in critical condition, the authorities said.