President Donald Trump said he will meet Kim Jong-un on June 12 in Singapore, after he sat down with a senior adviser to the North Korean leader in the White House to continue the groundwork for the historic meeting.

"We are going to deal and we are really going to start a process," Trump told reporters on Friday. "Remember what I say, we will see what we will see."

Trump added that he spoke with the North Korean envoy about sanctions on the reclusive regime. The two sides do not expect to sign any agreement on June 12, he said.

"I look forward to the day I can take the sanctions off North Korea," Trump said. 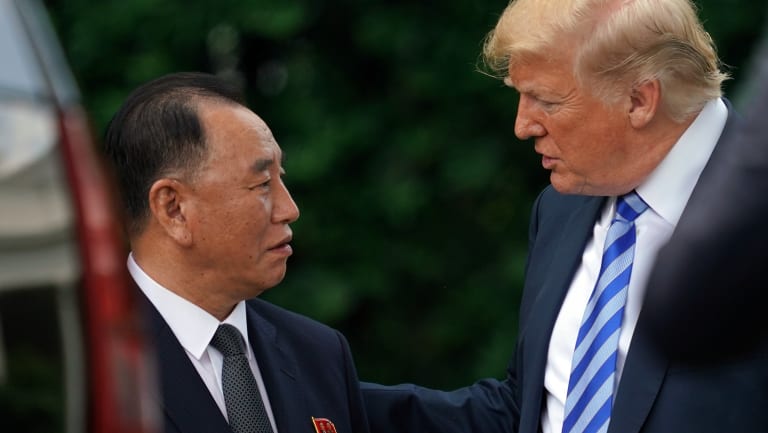 Trump received Kim Yong Chol, a former North Korean spy chief who has been involved in decades of nuclear talks. The envoy from Pyongyang hand-delivered a letter to Trump from the North Korean leader, after a day of talks in New York with Secretary of State Mike Pompeo.

After the meeting, which lasted more than an hour, Trump walked Kim out of the White House and they continued to speak and posed for a photo before Kim got into a black SUV and departed.

Kim was greeted earlier by White House Chief of Staff John Kelly, who together with CIA Korea chief Andy Kim led the official into the White House Diplomatic Reception Room, then along the Colonnade and past the Rose Garden to the Oval Office.

After meeting with Kim Yong Chol on Thursday morning in New York, Pompeo said the two sides made "real progress" but declined to discuss specifics. The lack of details served to highlight the tenuous nature of the North Korean-U.S. rapprochement.

What a Trump-Kim Deal May Look Like, From Good to Bad to Worse

The US insists that North Korea must give up all its nuclear weapons before it can shed its pariah status or get any relief from a crushing sanctions regime. North Korea has bridled at the idea, and it's not at all clear the two sides will be able to bridge their differences enough for a meeting between Trump and Kim to be deemed a success.