The President is snowballing out of favour with the electorate and his peers following a disastrous response to the coronavirus crisis and inability to satisfy civil unrest across all 50 states in recent months. Now Donald Trump is sinking further and further down in the polls and his opponent Joe Biden is looking more and more likely to be the next President of the United States.

While relatively few first-term US presidents have not been reelected, every elected incumbent who has lost since the 20th century began – a list that includes William Howard Taft, Herbert Hoover, Jimmy Carter and George HW Bush – lost big.

What’s more, their resounding defeats were rooted in voters’ convictions that those presidents had failed on the biggest challenges facing America at the time – and not on smear tactics used by the incumbent.

Coronavirus is raging in the USA, and while a classic political tactic of assassinating the character of the opponent has sometimes been enough to dismiss an abysmal record in office, it seems the coronavirus pandemic may be too big of a crisis for the American electorate to just forget about.

Mr Trump’s campaign against Joe Biden, and his predecessor Hillary Clinton, has been prolific. 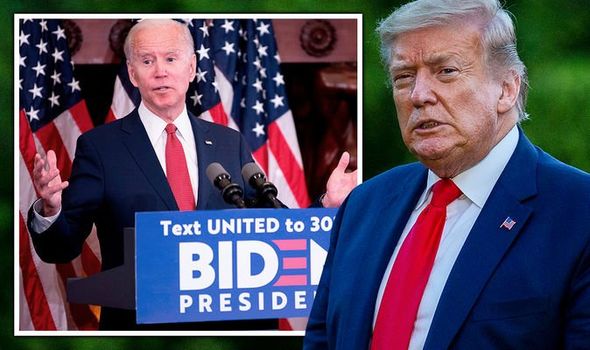 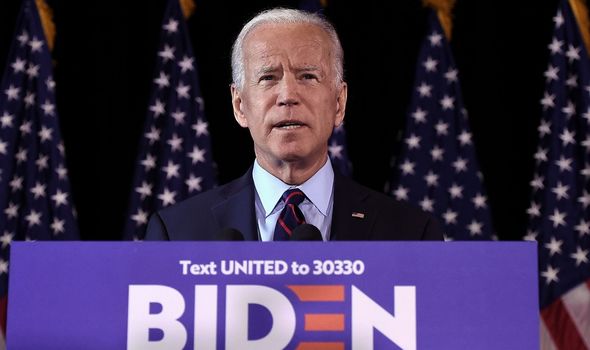 Only last week, the President went on a 30-tweet in which he slammed his opponent and boasted of his presidential accomplishments.

Mr Biden is currently polling at 49.7 percent against Mr Trump as of Friday, August 7, according to FiveThirtyEight.com.

However, the Biden campaign and Democratic strategists do expect the presidential race to tighten.

One reason for that is while Biden is at or close to 50 percent in the national polling average and his lead has doubled from 4 points in March to 8 points now, his top-line number hasn’t moved. 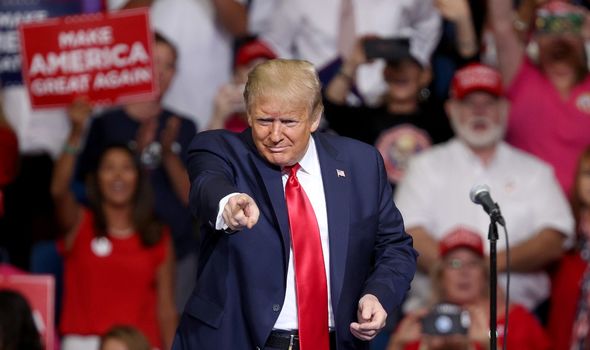 Already, the Trump campaign has tried repeated attacks, trying to tie Biden to the “radical” left and saying that crime would run rampant if Biden wins.

Mr Trump has also shown support for cancelling the election altogether in light of COVID-19 and supposed ‘voter fraud’ caused by mail-in ballots.

Mr Biden’s voters are far more motivated to vote against Trump than for Biden, and that may be enough.

Despite this, when Mr Trump was faced with the prospect of beating Clinton in the run-up to the 2016 election, it did look like she was going to win up until the day of the counts.

DON’T MISS
Trump: Did the White House ask to get Trump’s face on Mount Rushmore? [INSIGHT]
US Election cancelled: Could Donald Trump SCRAP November election? [ANALYSIS]
US Election 2020 key dates: The most important dates YOU need to know [EXPLAINER]

Pre-election polls fueled high-profile predictions that Clinton’s likelihood of winning the presidency was about 90 percent, with estimates ranging from 71 to over 99 percent.

National polls were generally accurate, showing a Clinton lead of about 3 percent in the national popular vote.

However, it was common knowledge at the time that the Clinton vs Trump face-off was between two of the most unpopular candidates in history – and the same disdain felt for the Clinton dynasty is not felt for Mr Biden.

However, Mr Trump still managed to persuade the US electorate to get behind him, finally winning the Electoral College with 304 votes compared to 227 votes for Hillary Clinton. 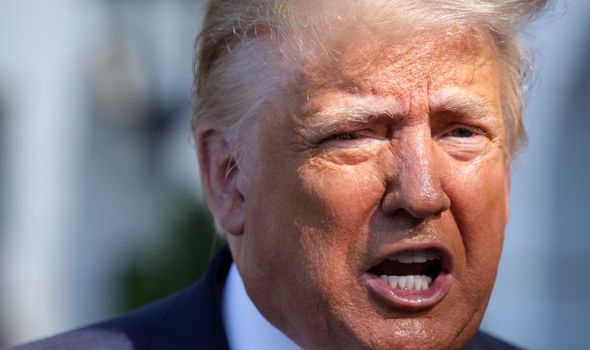 This is likely to contribute to Biden’s vote as it will reduce the number of third party votes for lesser candidates.

Roughly six percent of voters in 2016 voted third-party, the highest percentage since 1996.

According to the bookies, as things stand it’s Joe Biden who continues to lead the way in the betting ahead of Donald Trump, at odds of 4/7, while the POTUS is currently a 6/4 shot.

Every other name in the betting remains 80/1 or bigger with Kamala Harris, Kanye West, Michelle Obama and Mike Pence all 100/1 apiece.

Alex Apati of Ladbrokes said: “It’s looking increasingly likely Joe Biden will come out on top later this year in the US Election race.”