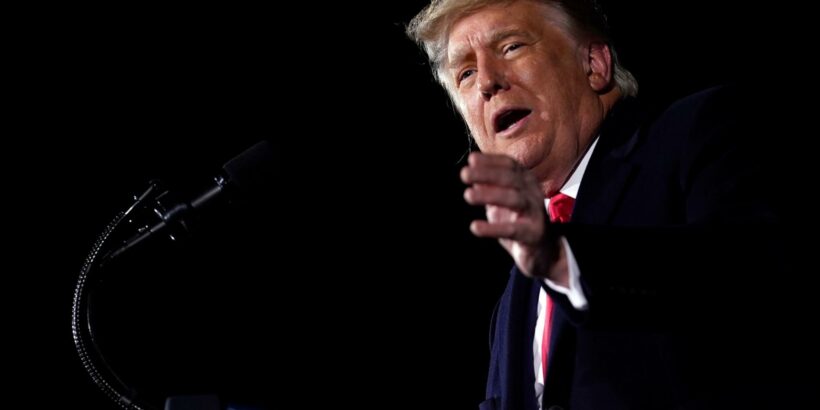 Pence meets with House GOP, says he has good relationship with Trump

Reps. McCarthy and Cheney spar over Trump’s role in the future of the GOP

Former President Donald Trump is wading into contests for control of state Republican Party organizations with endorsements this week in Ohio and South Carolina that would help cement his national network of GOP allies.

“Bob Paduchik is running for Chair of the Republican Party of Ohio. He successfully led my campaign in both 2016 and 2020, having even more success the second time around,” Trump wrote in a message blasted to reporters by Trump’s Save America PAC.

“He is outstanding in every way, and I give him my full and complete endorsement. Bob loves our country and the Great State of Ohio. He will be an outstanding Chairman!”

The handwritten note for McKissick was written in all-caps, apparently with a Sharpie marker. It said: “Drew — you have my complete and total endorsement. Great job!”

The ex-president’s decision to get involved in seemingly obscure intra-party races could give him a powerful base of support if he seeks another term as president in 2024. Trump is speaking on Sunday to the annual CPAC gathering of conservative activists in one of his first public remarks since leaving office on Jan. 20.

Trump is slowly returning to politics after being virtually silent for weeks while the Senate debated and ultimately acquitted him of inciting the Jan. 6 Capitol riot. Twitter permanently banned Trump after the violence, depriving him of his favored communications platform.

Trump said in a Feb. 16 statement after his Senate acquittal that he intended to remain active in Republican politics, including in the 2022 midterm elections.

“Where necessary and appropriate, I will back primary rivals who espouse Making America Great Again and our policy of America First. We want brilliant, strong, thoughtful, and compassionate leadership,” Trump said.

But Trump’s role remains subject to disagreement among elected Republicans.

On Wednesday, No. 2 House Republican Rep. Liz Cheney of Wyoming said that Trump should not be “playing a role in the future of the party or the country,” publicly contradicting House Minority Leader Kevin McCarthy (R-Calif.), who recently met with Trump to discuss collaboration on the 2022 midterms.