LONDON (Reuters) – U.S. President Donald Trump slated European allies on Tuesday ahead of a NATO anniversary summit, singling out France’s Emmanuel Macron for “very nasty” comments on the health of the alliance and Germany for spending too little on defense.

Underlining the breadth of strife in a transatlantic bloc hailed by backers as the most successful military alliance in history, Trump demanded that Europe pay more for its collective defense and also make concessions to U.S. interests on trade.

The attack echoed a tirade by Trump ahead of the North Atlantic Treaty Organization’s last summit in July 2018.

It will add to the growing doubts over the future of the 29-member alliance, described last month by Macron as “brain dead” in the run-up to a London meeting intended to be a 70th anniversary celebration.

“It’s a tough statement, though, when you make a statement like that, that is a very, very nasty statement to essentially 28, including them, 28 countries,” Trump told reporters as he met the head of NATO in London.

In an interview with the Economist last month, Macron made headlines by faulting NATO for failing to update its strategy to respond to newer threats such as instability in Syria.

Macron, speaking alongside Trump on Tuesday, stood by his comments and said NATO needed to be clear about its core purposes. In a swipe against NATO member Turkey, which he accused of working with Islamic State proxies, Macron said the alliance could not even agree on the definition of terrorism.

The leaders of Canada and the Netherlands added their support on Tuesday to a Franco-German proposal to reform NATO.

“I don’t think you survive 70 years as an alliance without regularly reflecting,” Canadian Prime Minister Justin Trudeau told a forum before the summit, sitting alongside his Dutch counterpart Mark Rutte.

Trump explicitly linked his complaint that Europe does not pay enough for NATO’s security missions to his “America First” defense of U.S. commercial interests, saying it was time for Europe to “shape up” on both fronts.

Dismissing signals from Germany that it would do more to hit a NATO target of spending 2% of national output on defense, Trump accused it and other nations of being “delinquent”.

NATO Secretary-General Jens Stoltenberg, who shared omelette and sausages with Trump over breakfast, tweeted that the pre-summit talks had got off to an “excellent start”. 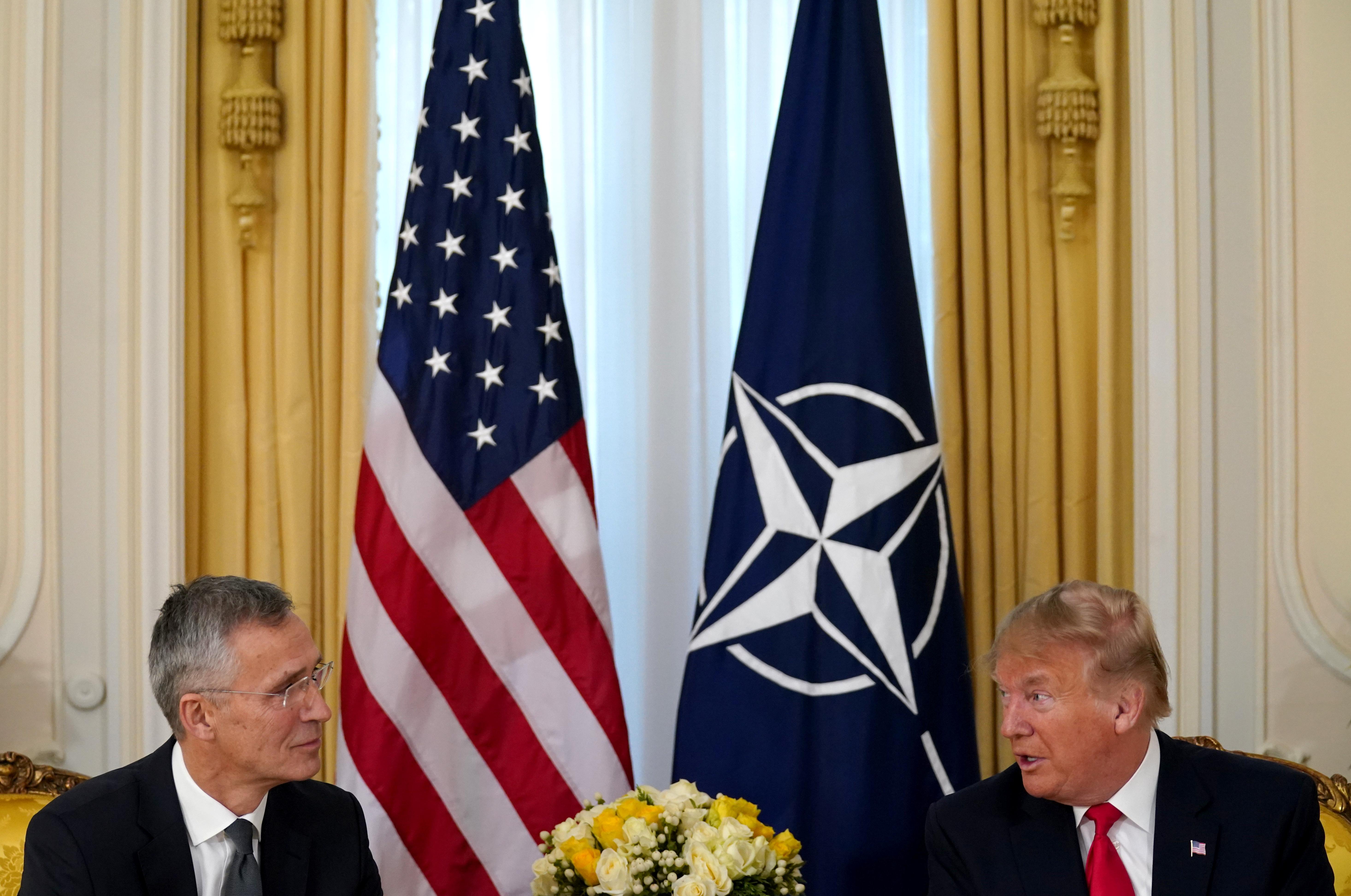 But the U.S. leader’s broadside came only hours after splits opened up elsewhere in the alliance, with Turkey threatening to block a plan to defend Baltic states and Poland against Russian attacks unless the alliance backs Ankara in recognizing the Kurdish YPG militia as a terrorist group.

The YPG’s fighters have long been U.S. allies on the ground against Islamic State in Syria. Turkey considers them an enemy because of links to Kurdish insurgents in southeastern Turkey.

Erdogan has already strained alliance ties with a move to buy Russian air defense systems. Trump told reporters in London he was looking at imposing sanctions on Ankara over the issue.

The question mark over the Baltics’ plan, which was drawn up at their request after Russia annexed Crimea from Ukraine in 2014, raises issues about security on all of NATO’s frontiers.

Under NATO’s 1949 founding treaty, an attack on one ally is an attack on all, and the alliance has military strategies for collective defense across its territory.

President Vladimir Putin told a meeting of military leaders on Tuesday that NATO’s expansion was a danger for Russia.

In a bid to placate Trump, Europe, Turkey and Canada will pledge $400 billion in defense spending by 2024, and also agree to reduce the U.S. contribution to fund the alliance itself. 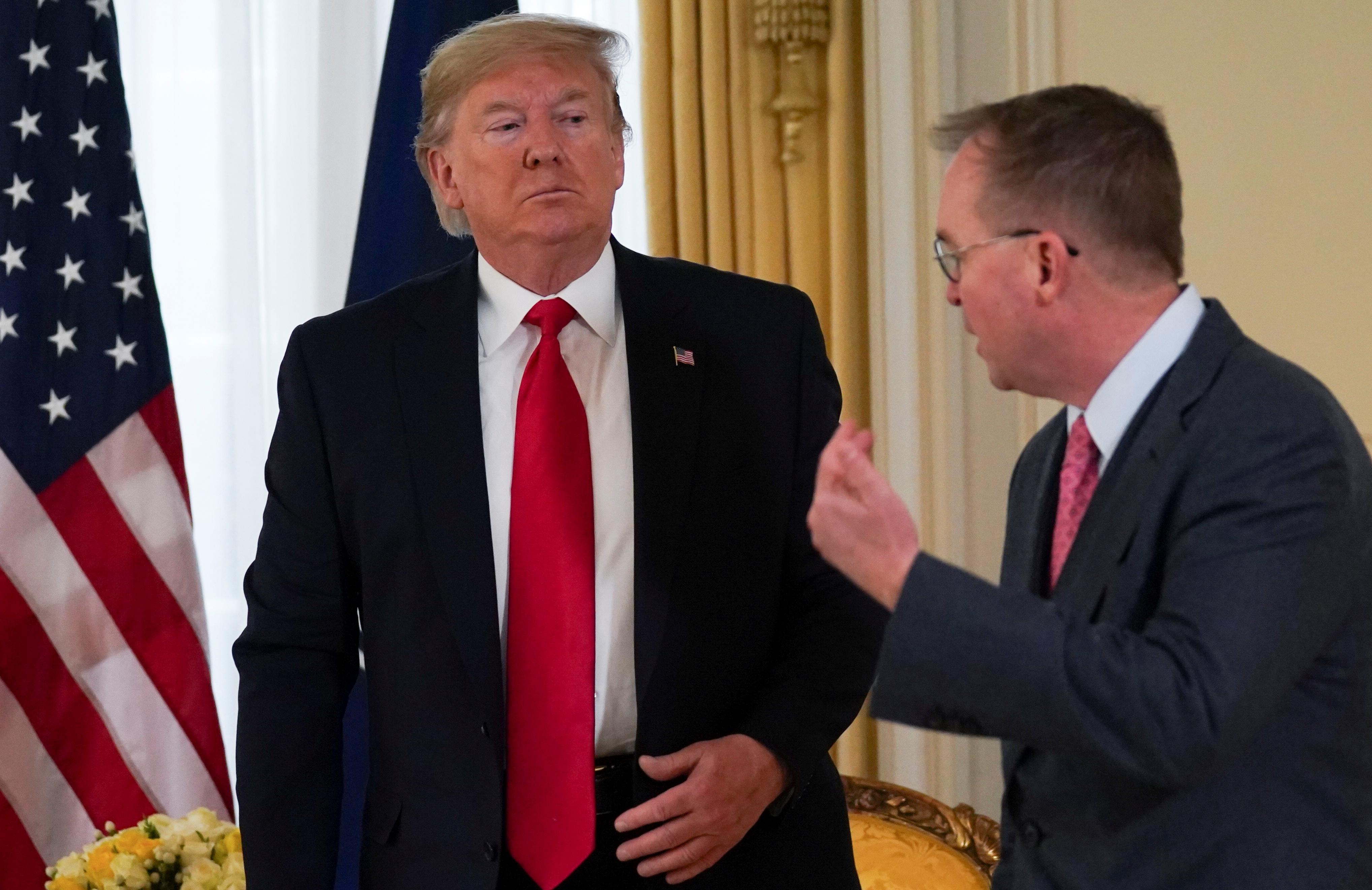 The allies will approve a new strategy to monitor China’s growing military activity, and name space as a domain of warfare, alongside air, land, sea and computer networks. They will issue a statement condemning Moscow’s Crimea annexation.

While giving few specifics, Trump said he believed Russia wanted deals on arms control and nuclear issues, and that he would be willing to bring China into such accords.