The president, who had not held a public event since the 2020 presidential race was called for Joe Biden Saturday, did not speak to reporters or deliver any remarks at the solemn ceremony, during which he and Pence braved the rain while their wives were covered by umbrellas.

As part of the ceremony, Trump and the first lady laid a wreath at the Tomb of the Unknown Soldier. The event was the only one on the president’s schedule Wednesday.

For his part, Biden and his wife, incoming First Lady Dr. Jill Biden, also paid their respects to veterans in honor of the holiday Wednesday.

The Bidens visited the Korean War Memorial in Philadelphia, where he also declined to make any remarks to the press.

Veterans Day, Nov. 11, formerly know as Armistice Day to commemorate the end of World War I, is meant to honor all those who have served the country in war or peace, living or dead, for their sacrifice.

WWI pitted the armies of France, the British empire, Russia and the U.S. against a German-led coalition that included the Austro-Hungarian and Ottoman empires. Almost 10 million soldiers died, sometimes tens of thousands on a single day. 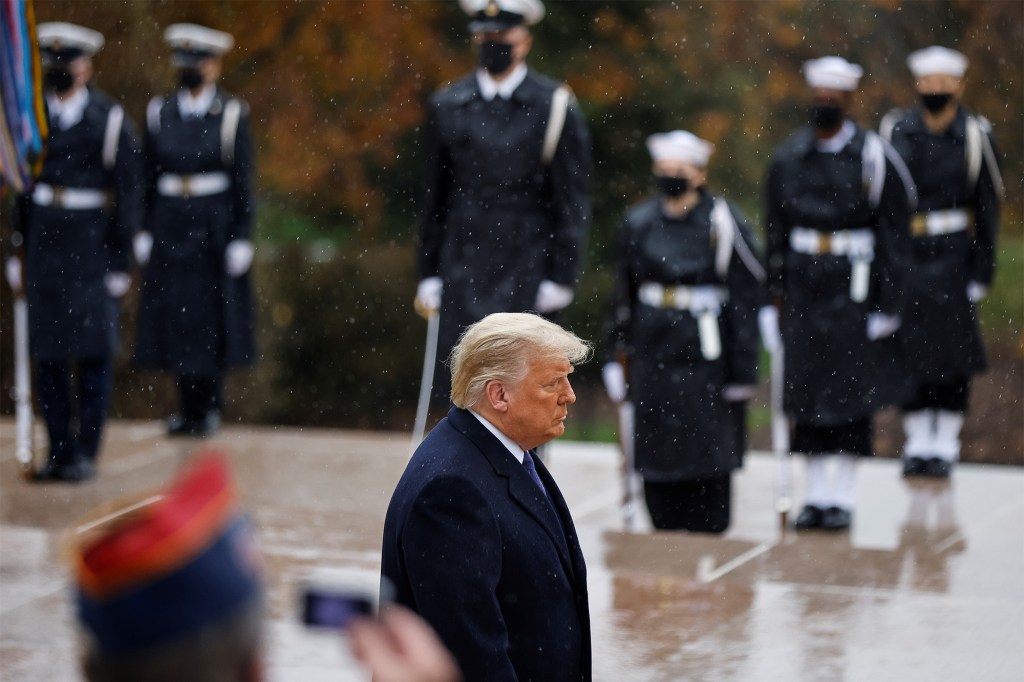 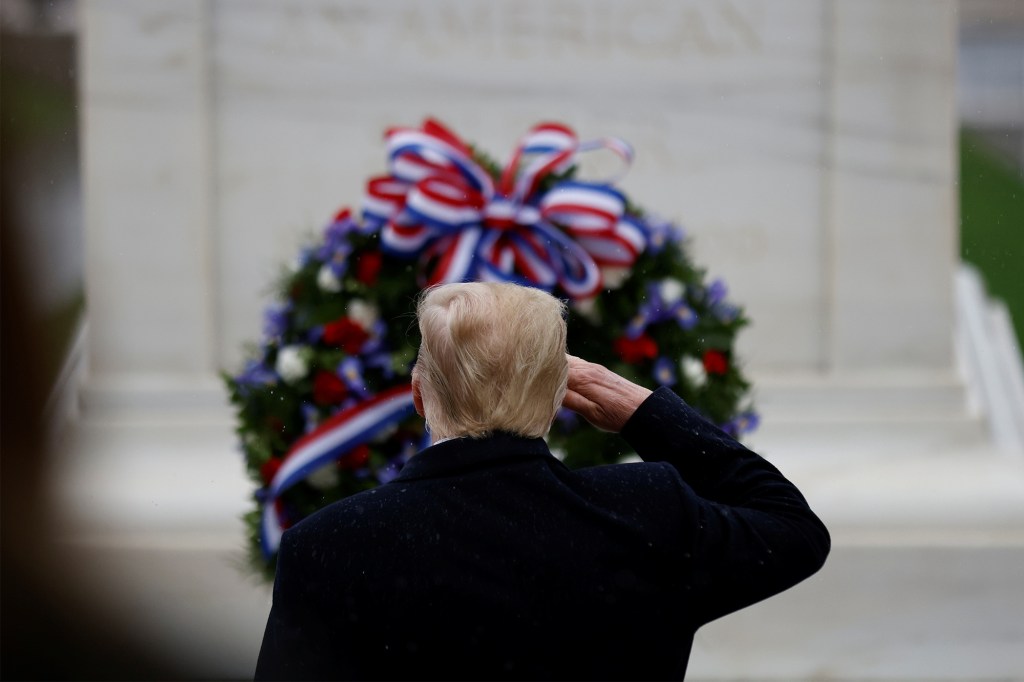 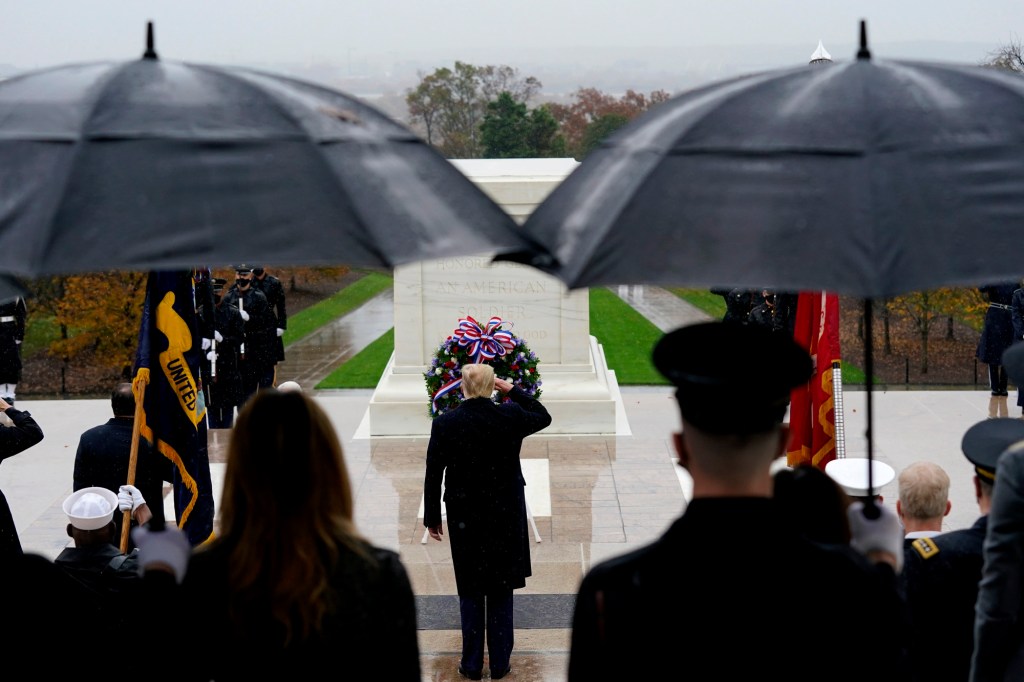