It has long been a fundamental principle of etiquette that a handshake should be firm but not alarming, and enthusiastic but not too vigorous.

In an 1891 guide to manners, Richard Wells counselled that “a gentleman who rudely presses the hand offered him in salutation, or too violently shakes it, ought never to have an opportunity to repeat his offence”. 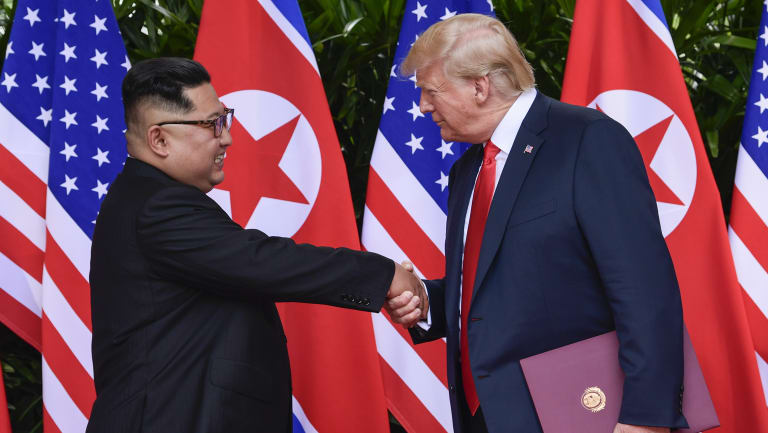 Etiquette maven Emily Post wrote in 1922 that while “no one wants to clasp a boneless hand, like a “miniature boiled pudding”, “It is equally annoying to have one’s hand clutched aloft in grotesque affectation and shaken violently sideways, as though it were being used to clean a spot out of the atmosphere.”

And yet, and yet, we have Donald Trump.

A proper handshake, Post wrote, should be brief – not like the heavily scrutinised 13-second shake the United States President shared this week with North Korea’s Kim Jong-un, or the 19 seconds with Prime Minister Shinzo Abe from Japan in February last year.

For months, we have watched Trump shake-off with a large group of the world’s leaders, and the interactions have become spectacles, viral videos of combat where knuckles whiten, faces tighten and forced smiles calcify. France’s Emmanuel Macron wouldn’t let go when Trump tried to relinquish his grip twice, delighting his countrymen, even though the shake lasted a mere eight seconds.

Imagine if female leaders developed a determination to out-grip each other, teeth grinding, smiles fixed, faint spots of perspiration forming on their brows as they pumped each other's arms, locked in staring contests, trying not to blink? 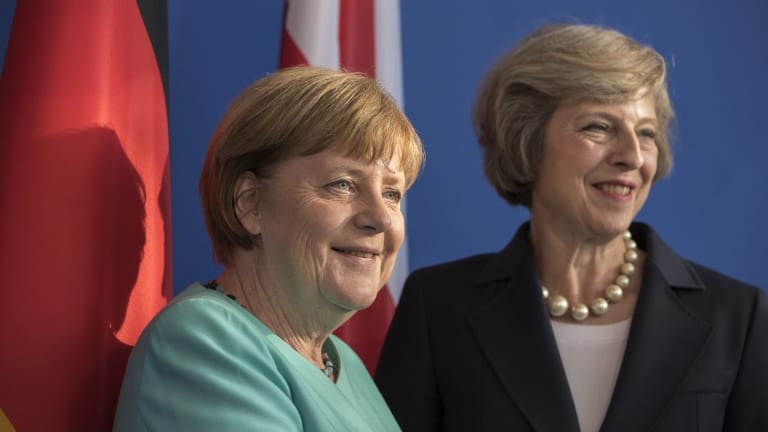 How fiercely will Angela Merkel jerk Theresa May’s arm, pundits would wonder at global summits, timing the length of the shake and assessing who asserted dominance the best. Whose grip would be firmer, Jacinda Ardern or Nicola Sturgeon? And if women make references to “big” export offerings, “the biggest” nuclear buttons, “hugest” arsenals; would commentators insinuate they were referring to their ovaries, breasts, or the size of the babies they have birthed?

“That’s nothing!” Christine Lagarde could snort! “My first baby was 4.5 kilograms! And I only had gas!” leaving other leaders to sweat at the thought of what this woman might be capable of in combat. After Jacinda Ardern gives birth, instead of pretty, smiling shots, the official photographs might be more immediately post-birth, of her emerging, hair wild and matted, eyes crossed with fatigue, declaring the weight and size of the child she birthed, momentarily hushing her critics with awe.

But I digress. Back to this nonsense of the handshake which seems to have become the emblem of testosterone-driven leadership.

It must be remembered that the tradition of the handshake was meant to have a calming, not competitive effect. Human ethologist Irenaus Eibl-Eibesfeldt found dominant chimpanzees will put out their palms to perturbed subordinates to soothe them. 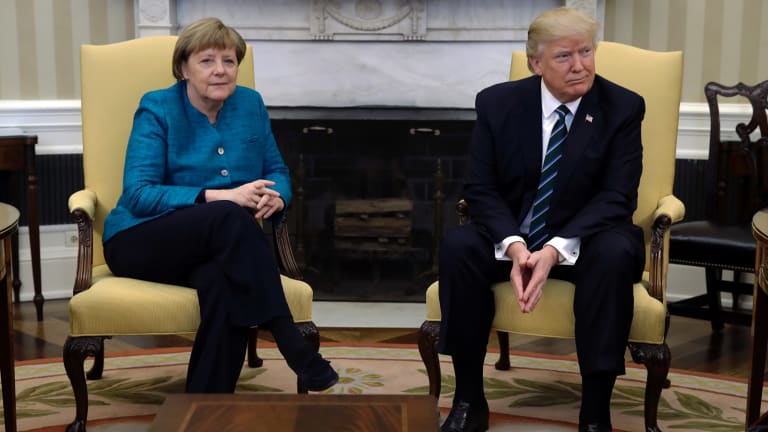 Historically, it was also intended to show that neither party was carrying a weapon, or even that a pumping motion would cause concealed daggers to fall out.

Now it has morphed into some peculiar display of big-boy dominance. And let’s not forget that the American President ignored, or possibly did not hear, Angela Merkel’s request for a handshake when photographers were asking for one, which was either an inadvertent or embarrassingly rude snub. So how do women fit into all this? Do we have to dive in, wrestle, grip and pump too? I admit this is a question that has never occupied me before, but here we are: how hard and often should a lady shake?

Showing there are few parts to human interactions the academy won’t examine, in recent years scientists have identified eight dimensions to the perfect handshake: vigour, texture, dryness, temperature, completeness of grip, strength, duration and eye contact. To save you time, I have dug into the research.

In one study, University of Alabama psychologist William Chaplin found women with strong handshakes were more open and intellectual – and also more liked than women with limp grips. (Men with stronger, longer handshakes – with prolonged eye contact – were considered less neurotic, more open and extroverted.) Chaplin concluded: “Giving a firm handshake may provide an effective initial form of self-promotion for women that does not have the costs associated with other less subtle forms of assertive self-promotion.”

Right then. It’s on.

In the Scientific American, psychologist Jesse Bering wrote: “In other words, it’s unlikely that a woman will be branded a 'bitch' on the basis of her handshake, even if it’s a somewhat typically masculine handshake. (Butch, maybe, but not a bitch.)” Ha! Thanks Jesse. What a relief.

Another study, in 2008 by University of Iowa researchers Greg Stewart and Susan Dustin, found that solid handshakes improved hiring prospects. And firm female shakers were more likely to get a job offer than men with shakes of equal firmness. Stewart attributed this to the fact that women are expected to have soft handshakes – so those who don’t will happily surprise.

If I am perfectly honest, many of the assumptions behind this social science seem to me problematic. Sure, smile and say hello and politely shake a hand, it barely merits emphasising to anyone over the age of 12. The fact that a greeting has become some kind of macho display is what needs dismantling.

But then again, I’ve given birth to two babies who weighed almost four kilograms so I’m pretty much ready for any kind of combat.

Julia Baird is the author of Victoria: The Queen, An Intimate Biography of a Woman Who Ruled an Empire and presents The Drum on ABC TV.