He’s had a successful state visit from the French president, received a viral celebrity endorsement from rapper Kanye West, and finally confirmed his long overdue visit to Great Britain. 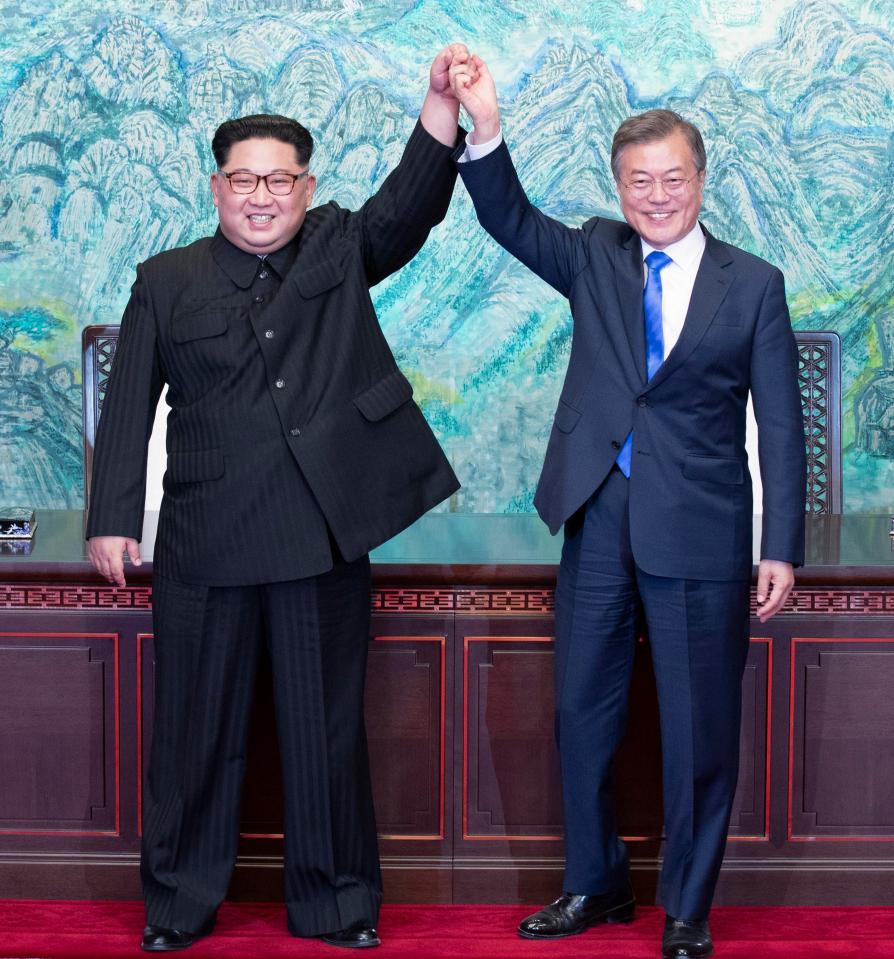 Oh, and he may have just pulled off the greatest diplomatic feat of the 21st century by securing peace on the Korean peninsula.

Kim Jong-un and Moon Jae-in, the leaders of the North and South Korea, today signed an agreement pledging "no more war" and "complete denuclearisation."

It’s hard to exaggerate what big news this is. Arguably the most rogue nation on earth has started to play nice on the global stage. As Kim Jong-un himself says, "a new history begins now."

And why? The answer is Donald J Trump.

If this peace holds, America’s leader will finally have ended the cold war – bringing in the last fully Communist country in from the cold. People used to joke about Trump winning the Noble Peace Prize.

Now, it seems, he really should be considered. After all Obama was given one in 2009, when all he’d ever done was make pretty speeches. 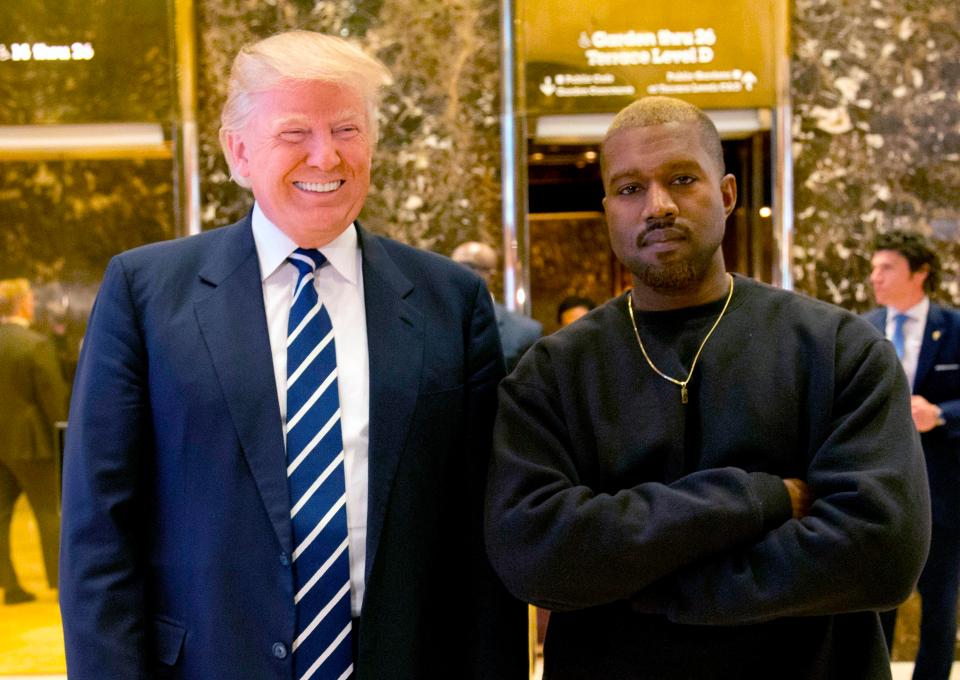 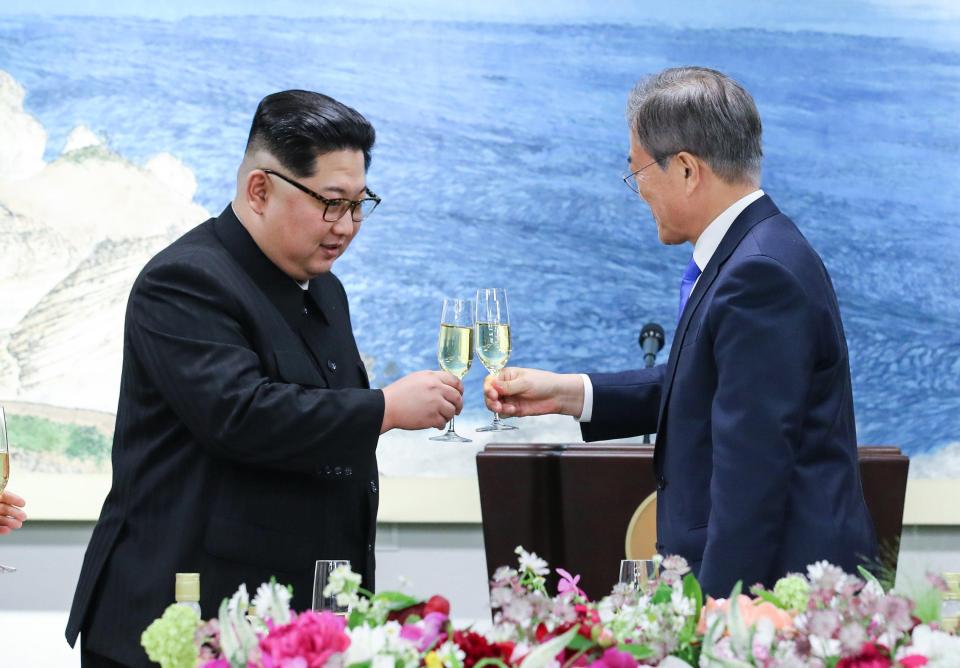 It’s not just Obama. Presidents Bill Clinton and George W Bush also tried to bring Pyongyang in from the cold, and fell short because they weren’t willing to risk a showdown with not just North Korea, but China – North Korea’s one treaty ally.

By contrast, Trump, who sees himself as the anti-Obama, wasted no time in grasping the North Korean nettle.

Very early in his presidency, he began tweeting that he would not hesitate to take military action against Kim.

Later, he told reporters that he would not hesitate in bringing down ‘fire and fury’ – all America’s enormous military might — on North Korea.

And whenever anyone thought he might be easing up on the war talk, he would take to Twitter again. 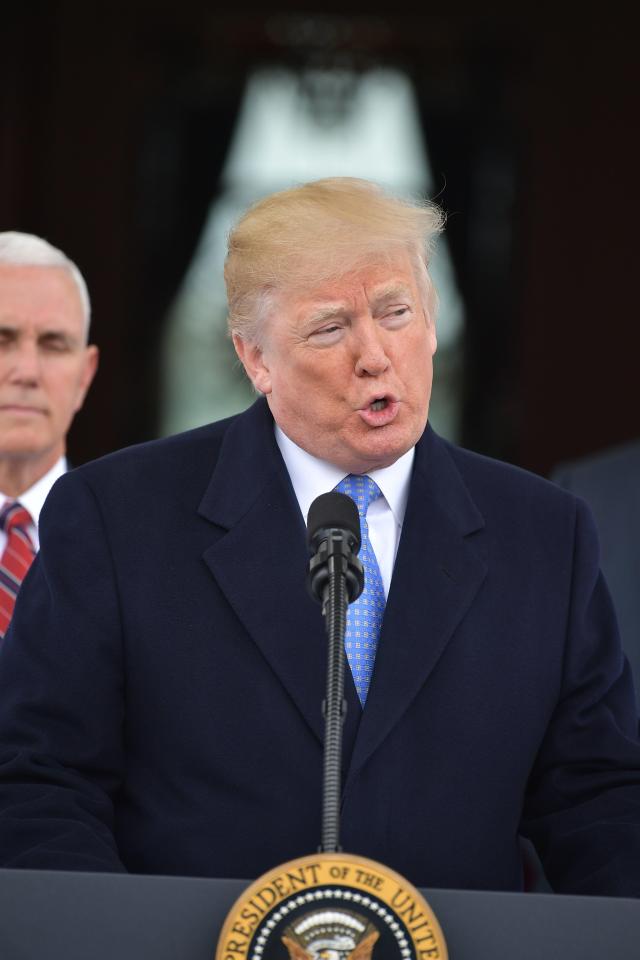 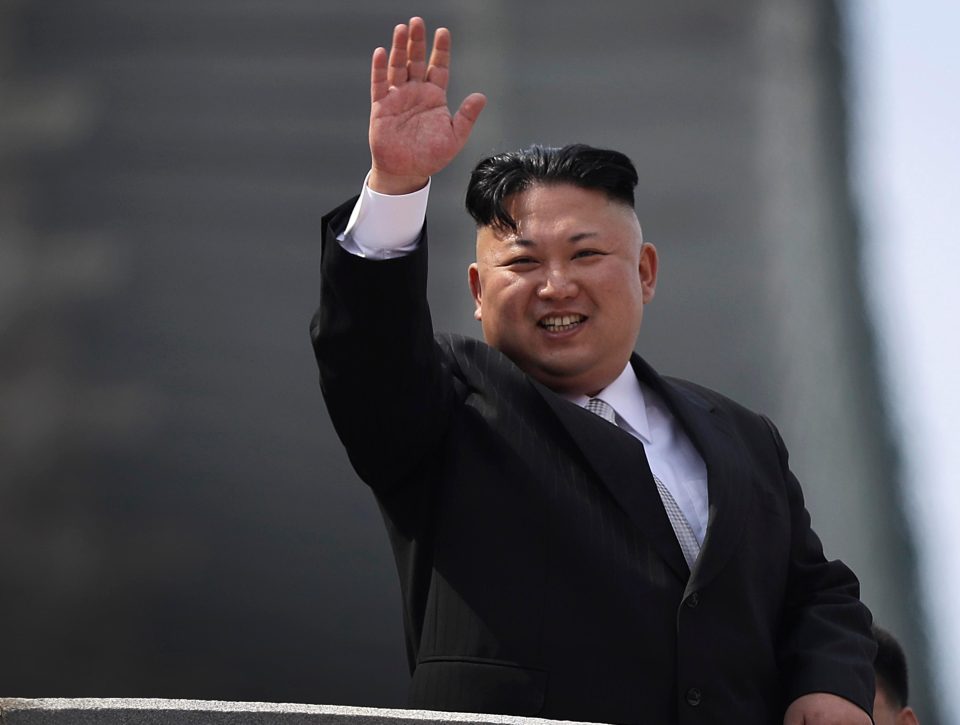 Everybody thought Trump was a lunatic – a hothead who could trigger nuclear apocalypse. He even started bragging about how his red button was bigger than Kim’s.

This seemed to be the Trump that everyone dreaded. An impatient bully who would end up triggering a nuclear apocalypse just because he wanted to look tough.

But what only the most loyal Trump aides realised is that he knew exactly what he was doing.

He was making his diplomatic adversaries believe that he was so crazy he could do anything — when former President Richard Nixon did this against the Communist Bloc, it was called the ‘mad man theory.’

Trump has used social media to give that same tactic a new edge. He's effectively trolled world powers into bending to his will.

As well as the Twitter bluster towards Kim, Trump pursued a more conventional strategy to force Kim to the peace table. He forced new sanctions on North Korea imports that quickly started to bite. 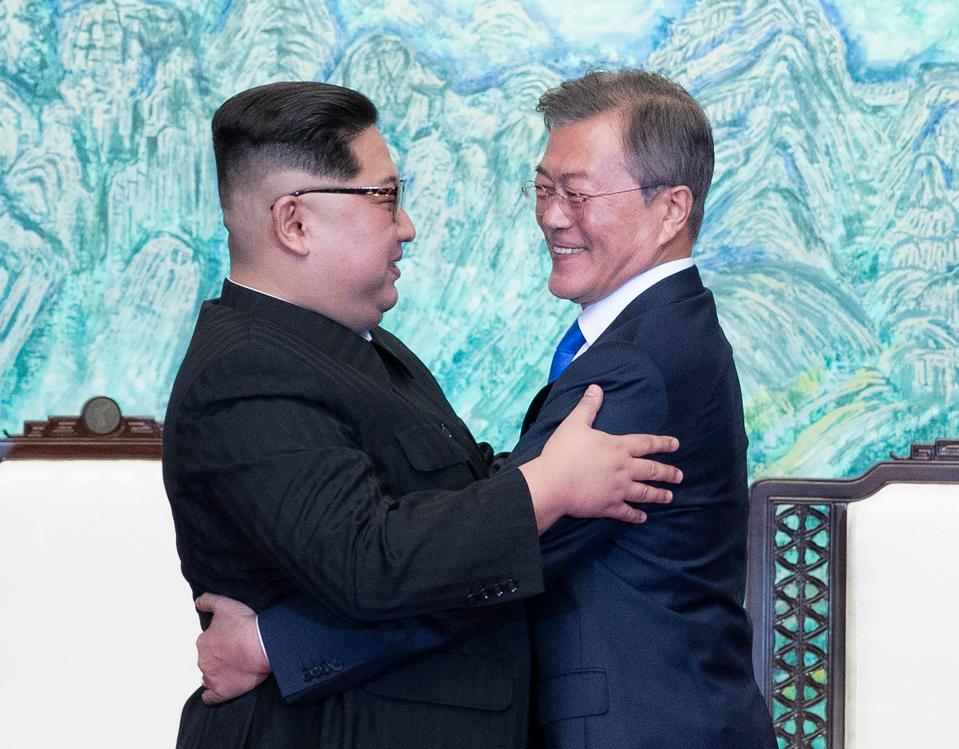 North Korea's economy, like that of most badly run autocracies is highly fragile, so any punitive actions by outside states.

Trump upped the ante on China, too. He urged them to step as a regional superpower and force their naughty friend Kim to behave himself.

China had hitherto avoided joining in international sanctions on its ally: their calculation was that America would never actually go to war force North Korea to give up its WMD-oreintated ambitions. With Trump in charge, they couldn’t be so sure.

Trump has given Beijing a headache on another front, too. He’s begun waging a trade war on China’s steel and aluminium exports into the US — a move that again seems insane, given that it could plummet the global economy. 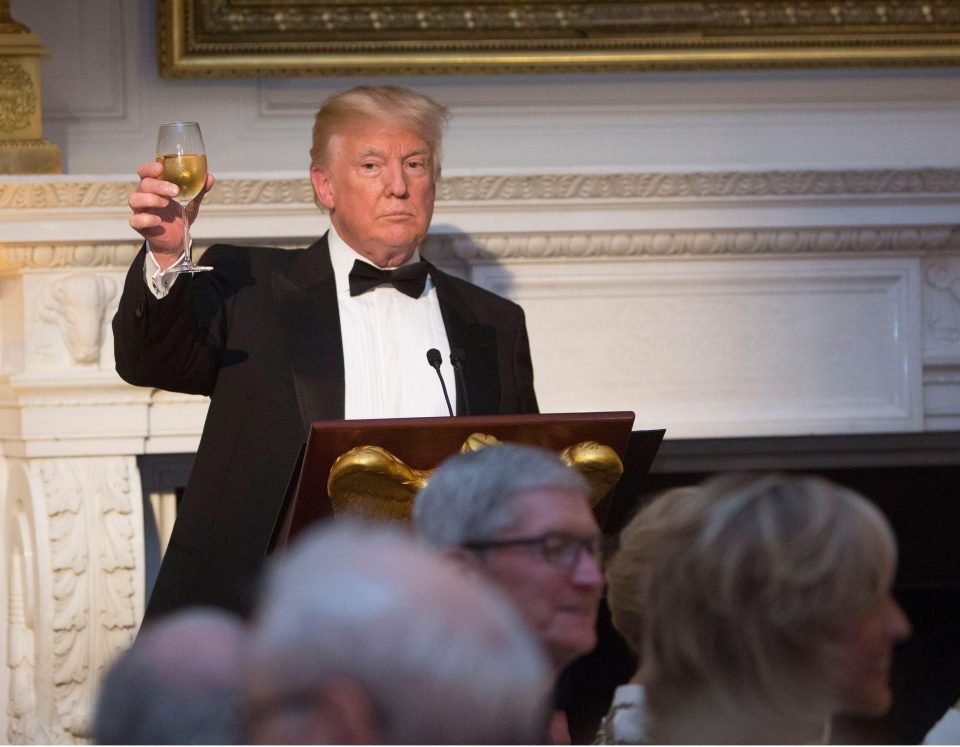 Again, Trump’s move was not as silly as it looked. China knows that it has even more to lose from a trade stand-off with Trump than America does.

This gave China another impetus to throw Trump a large diplomatic bone over North Korea instead. So Beijing pushed Kim to the negotiating table to appease Trump.

The north and South Korea summit must be good news for anyone who doesn’t want the world to end. But for Trump, who loves a great photo-op, it will be all about his big rendezvous with Kim later this year.

Having (we all hope) secured a peace deal, he’ll be able to pose as world saviour — a man who risked everything to stop a nuclear war. It will be cheesy as hell, and he’ll be in seventh heaven. 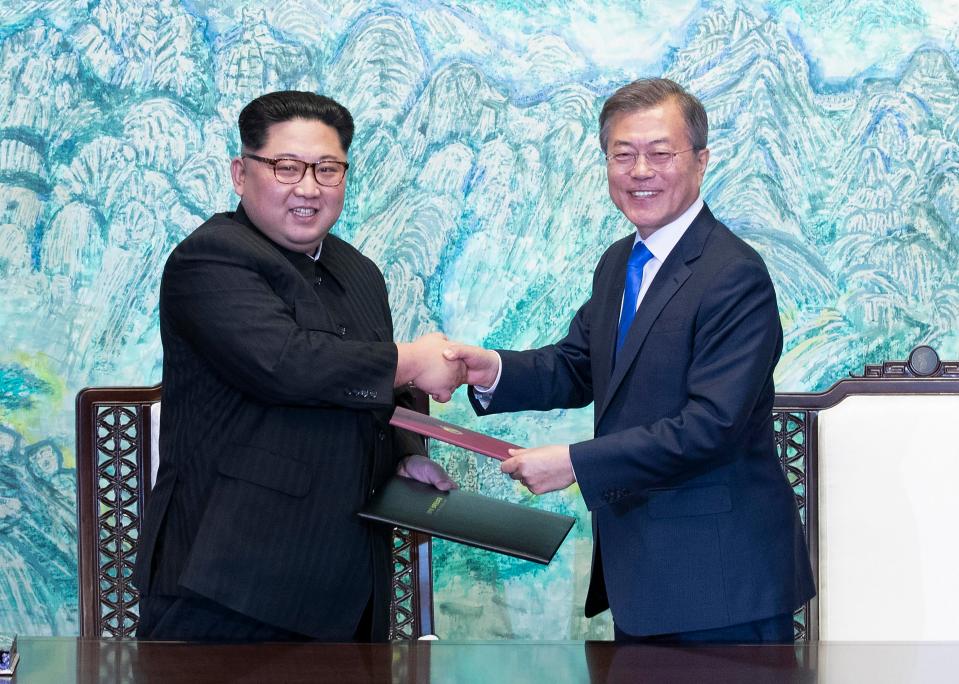 The great dealmaker strikes again. What Obama would have given to have pulled this off, he'll be thinking. (He always thinks about Obama).

But is Trump manipulating Pyongyang and Beijing? Or vice-versa?

Perhaps Kim and China have realised that, when dealing with a egomaniac like Trump, all you have to do is make him feel great — and a sense that he has changed the course history, and will be happy.

But Kim won’t stop being a dictator; he’ll just play a bit nicer on the international stage. Will he actually give up his WMDs? Or just appear to do so until the sanctions drop?

Meanwhile China — the real threat to America’s status as top dog — can carry on quietly building its economic and military power.

It emerged this week that China is willing employ troops to protect its enormous 'one belt one road' expansion into Pakistan. Fore Beijing, that project has more importance than their troublesome friend in Pyongyang.

But that’s all to be revealed. For now, we can only stand back and admit it: Trump’s crazy Twitter diplomacy seems to have paid off, as Trump might say, hugely.

Freddie Gray is Deputy and USA editor of The Spectator