Donald Trump: Expert on chances of US President 'removal'

Donald Trump, the Trump campaign and the incumbent President’s close circles have continued to dispute the results of this year’s election, with weeks left until Joe Biden takes office. Republicans have launched several after-the-fact challenges to secure the election for their candidate since electors declared the results, all of which have earned them harsh rebukes from several levels of the US legal system. Now, one of his closest allies has floated a concerning suggestion for re-running the election.

Can Donald Trump deploy the army to re-run the election?

Michael Flynn, an ex-Trump aide and recent recipient of a presidential pardon, suggested the President should deploy the army in several swing states.

The former national security adviser said the President should deploy the armed forces in swing states he previously disputed, but Mr Biden has now won by a comfortable margin.

Speaking on Newsmax’s “Greg Kelly Reports”, he also floated the possibility of seizing voting machines, which the Trump campaign falsely claims fraudulently cost them the election. 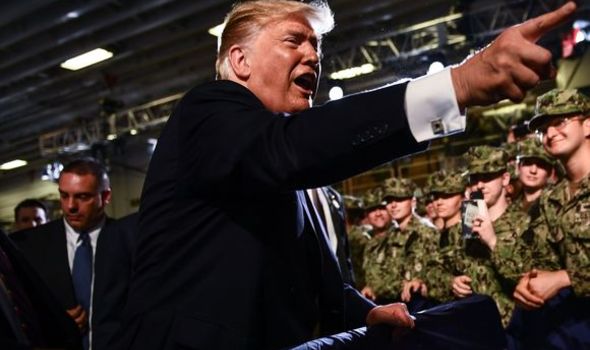 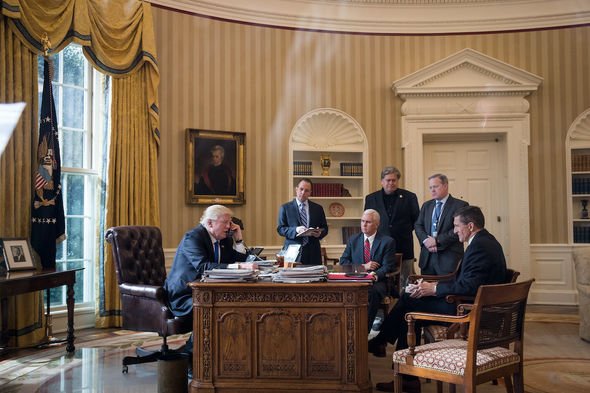 Mr Flynn said: “There is no way in the world we are going to be able to move forward as a nation.

“[The president] could immediately, on his order, seize every single one of these machines.”

He added: “If he wanted to, he could take military capabilities, and he could place those in states and basically re-run an election in each of those states.

“I mean, it’s not unprecedented. These people are out there talking about martial law like it’s something that we’ve never done. Martial law has been instituted 64 times.” 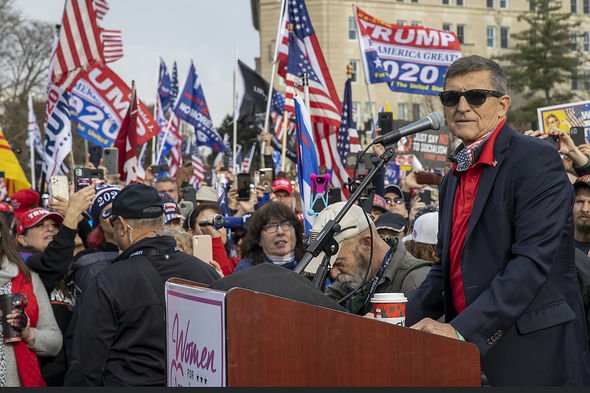 While Mr Trump remains President, he is also the Commander-in-Chief of the US armed forces, meaning he can still order them around.

The Insurrection Act, which Mr Trump has quoted in the past, allows him to deploy troops in response to a “domestic uprising”.

But this doesn’t apply when it comes to attempting to overturn an election.

Military law prevents misuse of the armed forces to overthrow civil authority, under which the states’ election results fall. 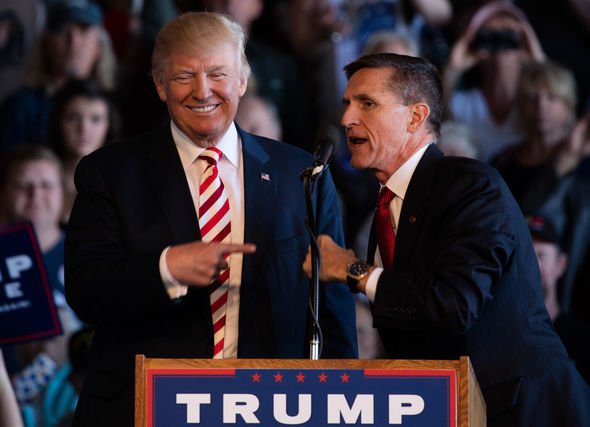 Unwarranted attempts to overturn the due process could also constitute sedition, an act which warrants a severe punishment in the US.

Mr Flynn and We The People’s request will likely go unanswered by Mr Trump, with potentially harsh consequences for the former lieutenant-general’s reputation.

Ken White, a former federal prosecutor, took to Twitter to dismantle him and Lin Wood, another We The People supporter.

He said: “Flynn and Wood, by endorsing this, are calling for mass arrests of political enemies and military force used to silence dissent.”

She said: “As general officers, these men spent long careers committed to defending the Constitution.

“Calling for martial law and a suspension of the Constitution is a direct violation of their oath to uphold it.”