Without comment, Trump retweeted a video showing a white couple in Missouri brandishing guns towards protesters. 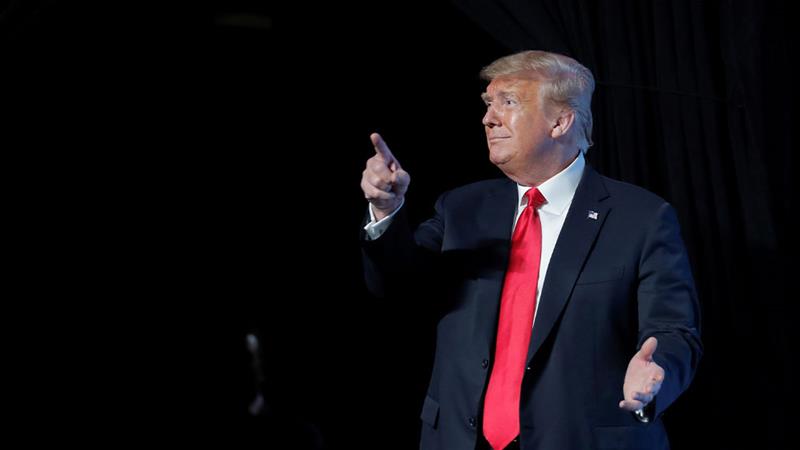 The Republican president drew swift condemnation on Sunday for retweeting a  video of a Florida supporter shouting “white power,” a phrase used by white supremacist groups, and later deleted it. The White House said Trump had not heard the slogan.

Without comment, Trump on Monday retweeted an ABC News video showing a white couple brandishing guns towards Black and white protesters marching past a St Louis home. In the video and others on social media, some protesters can be seen pausing to film or photograph the couple, while others can be heard to shout, “Keep moving!” and “Let’s go!”

Trump also blasted Princeton University’s weekend announcement that it was removing former US President Woodrow Wilson’s name from its schools over his racist remarks and policies.

The Princeton decision is part of a sweeping reassessment of historical icons and monikers amid growing calls for racial justice following the killing of Black Americans, including George Floyd, whose death under the knee of a white police officer in May roused world protests.

Critics have highlighted Trump’s hostile response to protests against racial injustice and actions like Princeton’s, even as Mississippi on Sunday voted to remove the Confederate flag symbol from its state flag, Walmart stopped selling the Confederate flag, and NASCAR banned the Civil War-era symbol. 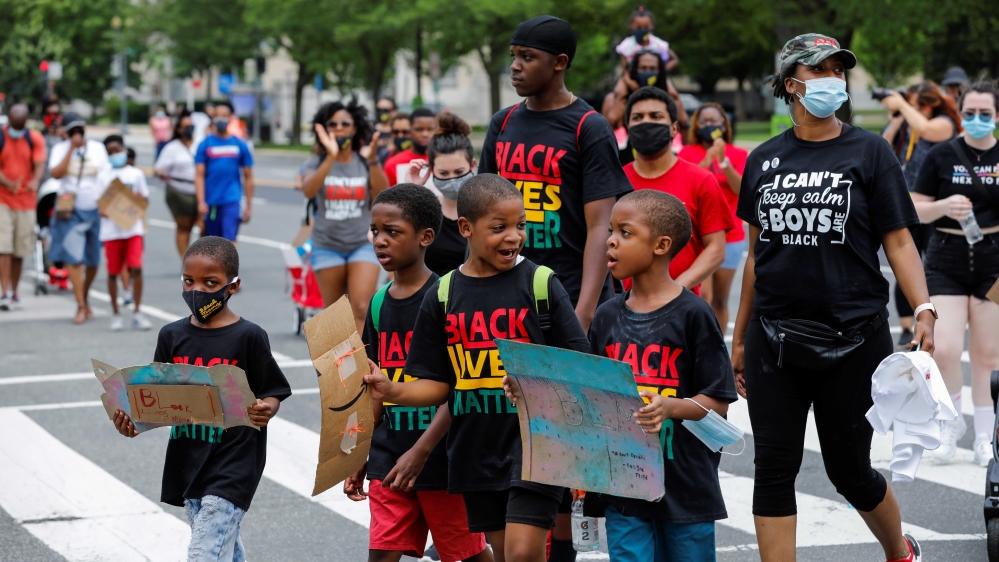 Trump on Monday also retweeted 15 earlier posts highlighting people wanted by the US Park Police for allegedly vandalising a statue in Lafayette Square outside the White House on June 22.

Trump, who cancelled a weekend trip to his New Jersey resort to manage what he said was expected unrest in Washington, golfed at his Virginia property both on Saturday and Sunday with no other public events.

Weekend Washington events were largely peaceful, including the Black Mamas March on Saturday.