Britain is in ‘turmoil’, Boris Johnson is ‘my friend’ and it’s ‘up to the people’ if May stays as PM: Donald Trump risks snub row with extraordinary comments ahead of UK visit

Donald Trump risked sparking a diplomatic incident today ahead of his visit to the UK by saying the country is ‘in turmoil’ and refusing to endorse Theresa May as PM.

The US president said it was ‘up to the people’ of Britain to decide whether Mrs May stayed on in Downing Street.

He also heaped praise on his ‘friend’ Boris Johnson – who dramatically resigned from government yesterday over Brexit – and suggested he could meet him during the trip.

The comment comes just days before he is due to fly into the country for a long-awaited working visit. 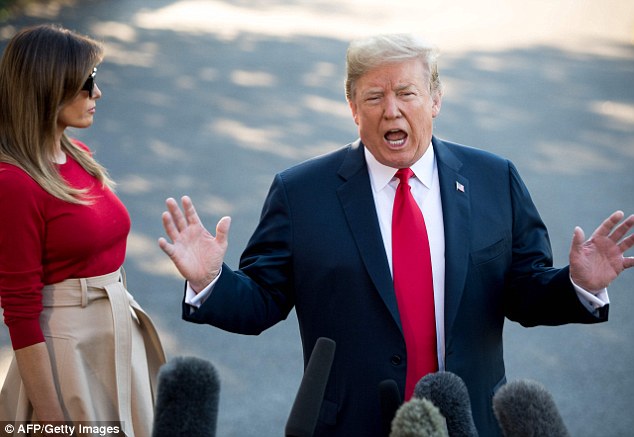 Speaking to the media alongside First Lady Melania today before leaving the US, Donald Trump said it was ‘up to the people of Britain’ to decide whether Mrs May stayed on as PM 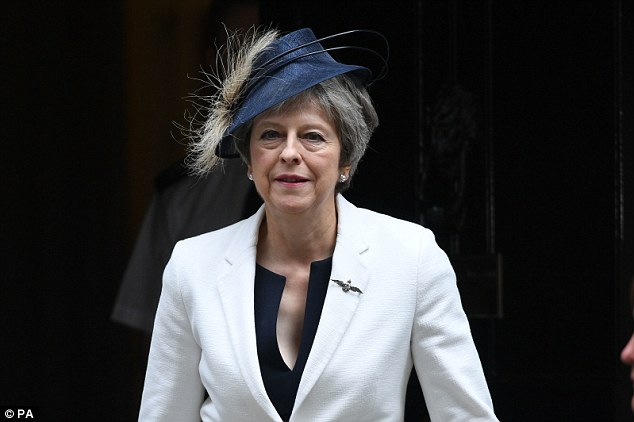 here are already fears of tensions, after he publicly clashed with Mrs May (pictured in London today) over criticism of crime levels in London, the performance of the NHS, and retweeting posts from a far-right group 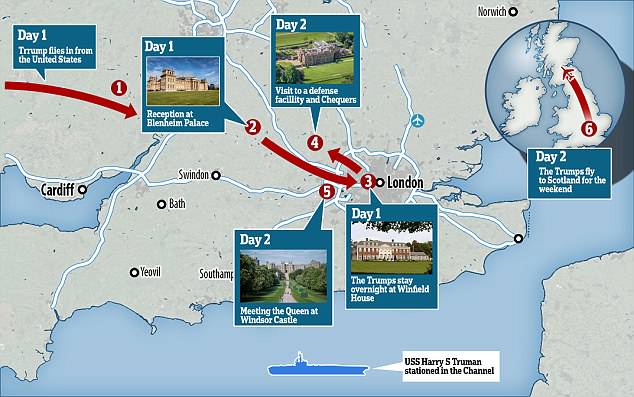 There are already fears of tensions, after he publicly clashed with Mrs May over criticism of crime levels in London, the performance of the NHS, and retweeting posts from a far-right group.

Speaking to journalists as he set off for a Europe, Mr Trump said there were a ‘lot of things’ going on in the UK at the moment and the country seemed to be ‘somewhat in turmoil’.

‘The UK certainly has a lot of things going on,’ he said.

‘Boris Johnson’s a friend of mine. He’s been very, very nice to me. Very supportive.

‘And maybe we’ll speak to him when I get over there.

Asked by DailyMail.com whether Mrs May should continue as PM, Mr Trump said ‘that is up to the people’.

However, he added that he had a ‘very good relationship’ with Mrs May.

Mr Trump joked that his meeting with Russian President Vladimir Putin might be the ‘easiest’ leg of his trip to Europe.

‘So I have Nato, I have the UK – that’s a situation with turmoil. And I have Putin. Frankly, Putin may be the easiest of all.’ 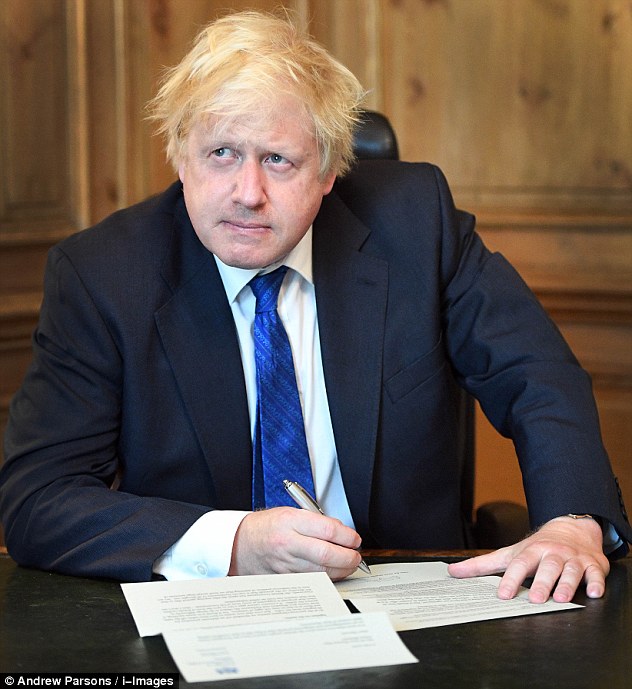 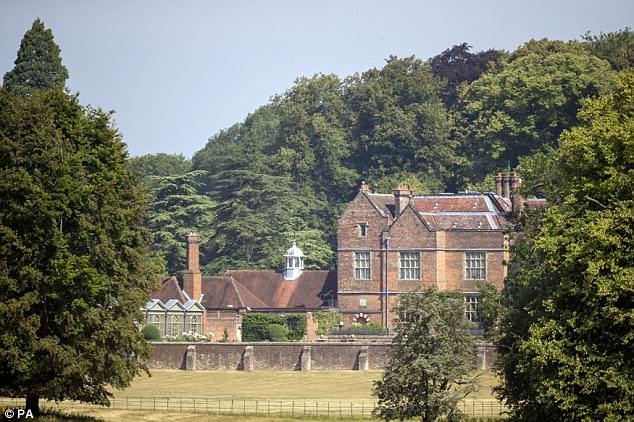 ‘We do have a lot of allies.

Mr Trump will not make any public appearances in London when he comes to the UK next week – amid a massive security operation.

The US president and First Lady Melania will touch down in Britain on Thursday for his first visit since entering the White House.

Huge protests have been threatened that could see 50,000 take to the streets of the capital, while a big orange ‘Baby Trump’ blimp has been given permission to fly.

The bill for the American leader’s three-day trip is expected to be around £30million as 10,000 police officers are deployed to keep the US commander-in-chief from trouble.