Washington: President Donald Trump on Monday took his attacks on the Russia probe being led by Special Counsel Robert Mueller in a novel direction, declaring that he could run the investigation himself if he wanted to.

"I can go in, and I could do whatever – I could run it if I want," Trump said in an Oval Office interview with Reuters. "But I decided to stay out." 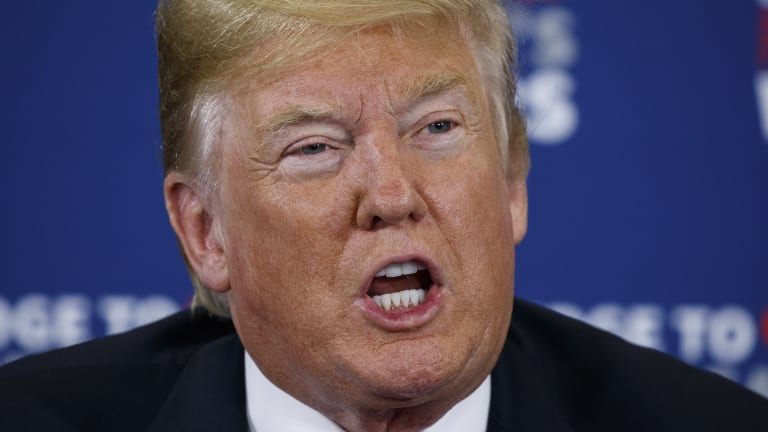 On Twitter, in interviews and at public events, Trump has been relentless in his criticism of Mueller's investigation into Russian interference in the 2016 election. He has routinely decried the probe as a "witch hunt" and, as of last week, has fired or threatened more than half of the officials with leadership roles in the investigation, according to a Washington Post tally.

Trump's attorney, Rudy Giuliani, has previously argued that the president could end the Russia probe if he wanted to. But it is unclear how Trump would be able to run the investigation, which is examining, in part, whether there was any collusion between Trump's 2016 campaign and Russia and whether Trump sought to obstruct justice.

In his interview with Reuters, Trump also voiced concern that if he agrees to sit down with Mueller, any statements he makes could leave him vulnerable to charges of perjury. Trump pointed to the possibility of a conflict between his own testimony and that of former FBI director James Comey, one of his most vocal critics.

"So if I say something and he (Comey) says something, and it's my word against his, and he's best friends with Mueller, so Mueller might say: 'Well, I believe Comey,' and even if I'm telling the truth, that makes me a liar. That's no good," Trump said.

Giuliani made a similar argument on Sunday. In an interview on NBC's Meet the Press, he told host Chuck Todd that "truth isn't truth," a remark that he clarified on Monday was intended as a reference to a situation in which two people make statements that contradict each other.