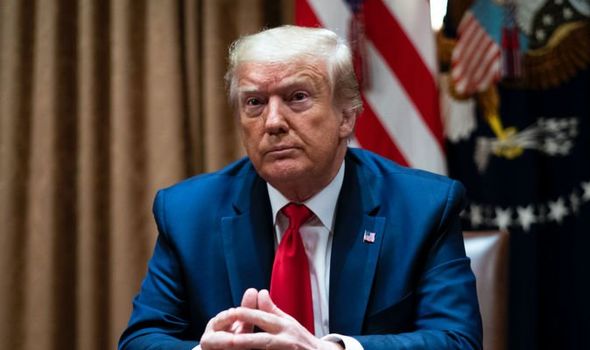 The President said he would “not even consider” replacing part of the “Great American heritage”. Campaigners claim the Confederacy represents America’s racist past because it fought for the slave-owning South in the 19th century civil war. However, the President tweeted that the 10 bases named after its generals are “part of a Great American heritage, a history of Winning, Victory and Freedom”.

He added: “America trained and deployed our heroes on these hallowed grounds and won two world wars.

“Therefore, my administration will not even consider the renaming of these magnificent military installations.”

His comments come amid weeks of street protests across the US following the death in Minneapolis of George Floyd while in police custody. The incident spurred global action by the Black Lives Matter movement.

Meanwhile, a group of demonstrators attacked a statue of Confederacy president Jefferson Davis in Richmond, Virginia, and four other southern monuments in nearby Portsmouth.