Beijing: North Korea's top nuclear weapons negotiator was headed for New York on Tuesday and plans to meet with Secretary of State Mike Pompeo as officials race to settle on an agenda for a June 12 summit meeting between North Korean leader Kim Jong Un and President Donald Trump in Singapore.

Trump said on Twitter that Kim Yong Chol, one of the most trusted aides to the North's leader and a former intelligence chief, was "heading now to New York." 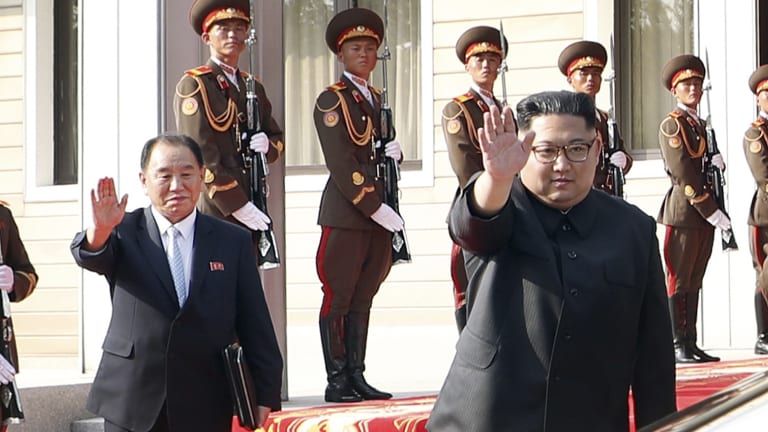 In a reference to the moves made since he canceled the on-again-off-again summit meeting, the president added, "Solid response to my letter, thank you!"

The former intelligence chief, who is 72, has been at the side of the North Korean leader, 34, during a recent whirl of diplomacy, meeting with the South Koreans in the Demilitarised Zone dividing the Korean Peninsula and with the Chinese.

Kim's trip to the United States starts the most important negotiating track leading up to the summit meeting.

Over the weekend, a team of US diplomats met with North Korean officials in the Demilitarised Zone and White House logistics experts have been talking with North Koreans in Singapore about arrangements for the leaders' meeting there.

But a trip to the United States by Kim Yong Chol – who has served the three leaders of the Kim dynasty that has ruled the North since 1945 – signalled that negotiations were reaching a critical point.

Kim would be the highest-ranking North Korean official to visit the United States since 2000, when Vice-Marshall Jo Myong Rok invited president Bill Clinton to the North Korean capital, Pyongyang, with the prospect of sealing an agreement on curbing the North's missiles.

It never came to fruition.

Kim stopped in Beijing on Tuesday but it was not clear whether he met with any Chinese officials.

While there was speculation that he then boarded a New York-bound China Air flight, there was no sign of him when the plane arrived at Kennedy Airport on Tuesday, reporters there said.

South Korea's Yonhap News Agency said he was to arrive in New York on Wednesday.

China's Foreign Ministry would not confirm the former spymaster's presence in Beijing, even though video footage showed him at the airport after his arrival from Pyongyang.

In recent weeks, China and the United States have been vying for the attention of Kim Jong Un, with Trump accusing China of contributing to a toughened North Korean stance on denuclearisation after the North Korean and Chinese leaders met this month. 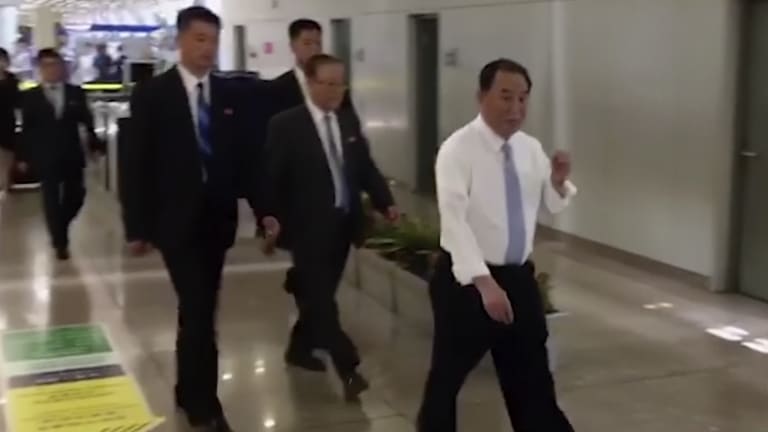 If the former spy chief met with senior Chinese officials in Beijing, he might risk angering Trump again, diplomats said. His stop in Beijing could also be related to his presence on a sanctions list that bars him from entering the United States.

A US diplomat said a waiver would have to be granted for such an individual to enter the United States, although it was likely one would automatically be given under extraordinary circumstances such as  these.

Kim was probably headed to New York, where North Korea has a mission to the United Nations, rather than to Washington because it was easier for him to get a visa there, another US diplomat said. North Korean diplomats and officials are not allowed to travel more than a few miles outside New York City.

Kim has already met Pompeo twice in Pyongyang. On the second visit, Pompeo expected to come away with a set of details for the Singapore summit meeting relating to the denuclearisation of the North, but failed to do so. 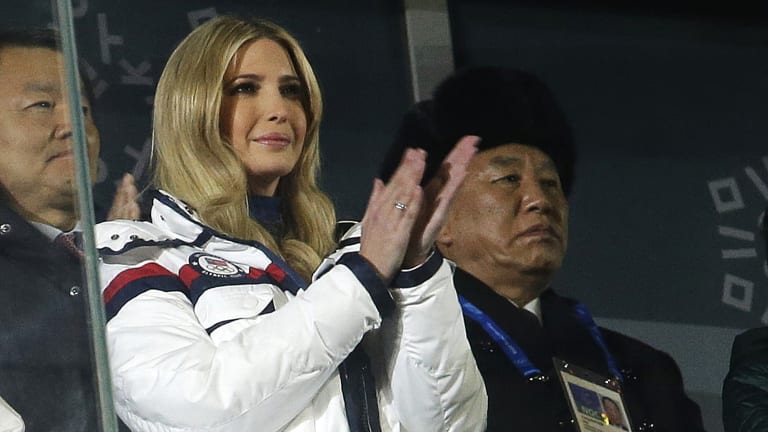 After the second meeting this month, Pompeo returned to Washington with three Americans who had been detained in North Korea.

In his most recent meeting with Pompeo, Kim struck a defiant tone, saying at a luncheon that North Korea's willingness to enter into talks was "not a result of sanctions that have been imposed from the outside."

But he reminded the visiting Americans that North Korea intended to focus "all efforts into economic progress in our country."