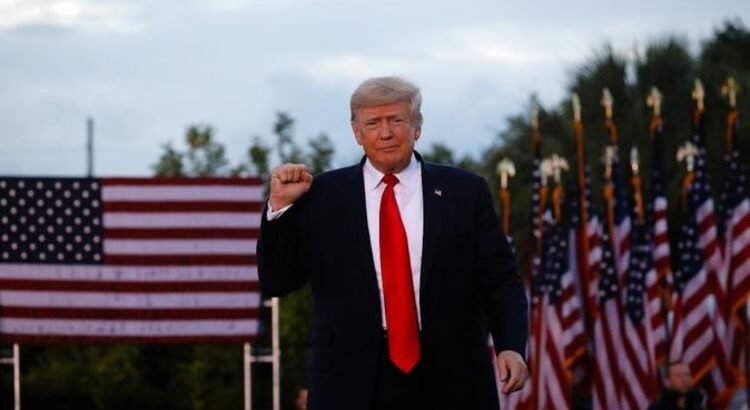 According to Rolling Stone magazine, Donald Trump is planning to run for the US presidency in 2024. However, the 45th President has not yet confirmed whether he will stand as the Republican nominee and seek a return to the Oval Office.

A former official from the Republican National Committee told Rolling Stone they knew of at least three people who claim to have heard the former President state he would enter the race for the White House in 2024.

“I have three friends”, the source said, “who’ve had dinner with him in the last couple of months. All three reported that his current plans are to run for President in 2024”.

The ex-RNC official added that whilst two of the dinners took place in late spring, the third happened just two weeks ago.

Despite the dinner guests supposedly hearing the former President make such bold claims, the third dinner guest was far from convinced that Trump would eventually throw his hat back into the ring.

According to Rolling Stone, the third guest was “not 100 percent sure Trump wants to run” and suggested the billionaire businessman “likes being in the conversation”.

A spokeswoman from the Trump team did not respond to requests made by the American magazine about the reported conversations or about his intention to run in 2024.

Nonetheless, if Trump was to seek a return to the White House it is widely anticipated that he would win the Republican nomination.

Recent polling has found the 45th President to be storming ahead of his potential opponents from within the Grand Old Party.

The McLaughlin and Associates poll placed support for Trump at a staggering 55 percent.

His closest opponent, Florida Governor Ron DeSantis, could only muster the support of 9 percent of respondents.

The report in Rolling Stone follows previous speculation that Trump was eyeing up the race in 2024.

An ex-adviser to Trump said the 45th President has indicated that he was leaning towards a third run at the presidency since May.

The source said: “All the people I talk to who deal with him directly think as of now he is running”.

On July 1, Fox News’ Sean Hannity asked Trump at one of his town hall exclusives whether he would run in 2024.

The 45th President has long maintained the 2020 election was “rigged” and has held rallies reiterating such claims.

Trump even held a “Save America” rally on the eve of Independence Day in a rain-sodden Sarasota, Florida.

Despite the weather, the event was attended by thousands of loyal supporters wearing “Make America Great Again” hats.

If Trump were to defy the odds and win the race to 270 yet again he would be the first President since Grover Cleveland to serve two non-consecutive terms in the Oval Office.