Firefighters are desperately battling to contain the fire raging through the hotel in Azerbaijan’s capital. 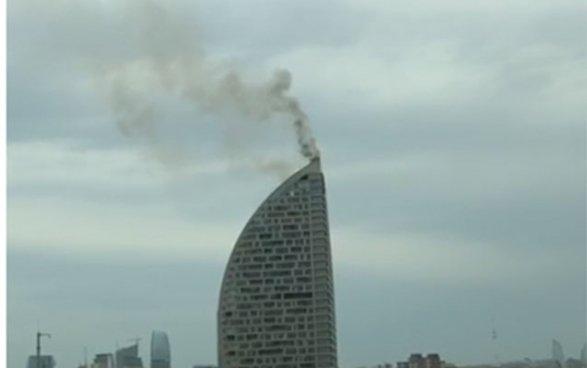 The fire broke out on the middle floors of the 33-storey Trump International Hotel and Tower this afternoon.

Six fire engines were on site battling the blaze but there were no reports of any injuries.

The fire in the unfinished building has broken out  just weeks after a man died in an apartment fire in The Donald’s flagship Trump Tower in New York City.

Construction on the Baku tower started a decade ago but was never opened and it was taken over by the U.S. President’s company in 2012. 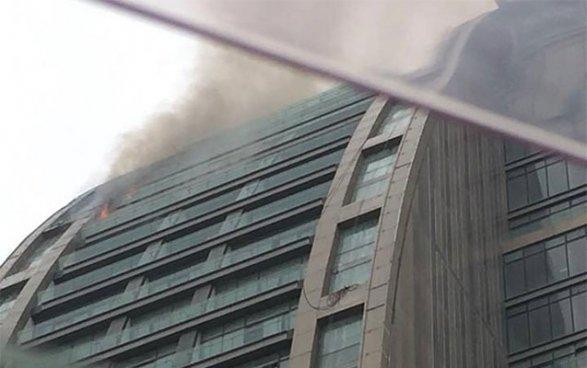 It comes just a day before the lights turn green at Azerbaijan Formula One Grand in the city.

Earlier this month huge flames and billowing smoke could be seen coming out of a window in Trump's landmark New York hotel where he has a multi-million dollar penthouse.

First responders found a male resident, 67, in critical condition and gave CPR, but he died shortly after arriving at St. Luke’s-Roosevelt Hospital.

He was later identified as Todd Brassner – a prominent art dealer who once filed for bankruptcy for $2.5million and is mentioned in Andy Warhol's autobiography.