Donald Trump suggested to Emmanuel Macron that France should leave the European Union and sign a trade deal directly with the United States.

The American president urged his French counterpart to follow Britain’s lead when Macron visited the United States earlier this year.

‘Why don’t you leave the EU?’ he reportedly asked the visiting French leader, the Washington Post reported. 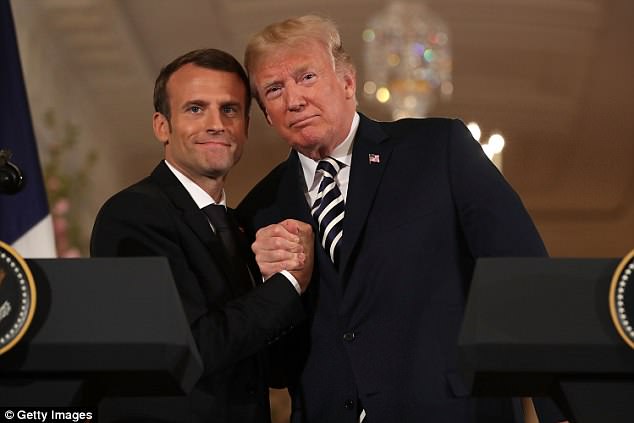 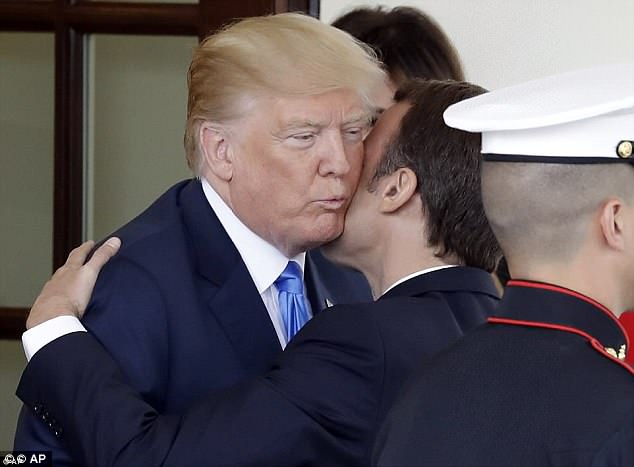 Emmanuel Macron leaned in to kiss Donald Trump on the left cheek as the U.S. president greeted him at the White House

In return, Trump promised to give France better trade terms than the EU as a whole gets from the US.

Macron, who was in Brussels said he would not comments on the reports.

‘But I know that the commitments I have made to Europe over a little more than a year now are sufficient to let you imagine my response if such a question had been posed.’

The two leaders have appeared to enjoy a close relationship despite their contrasting styles and views.

Macron invited the US president to attend last year’s Bastille Day celebrations in Paris to celebrate the 100th anniversary of the United States’ entry into World War I. 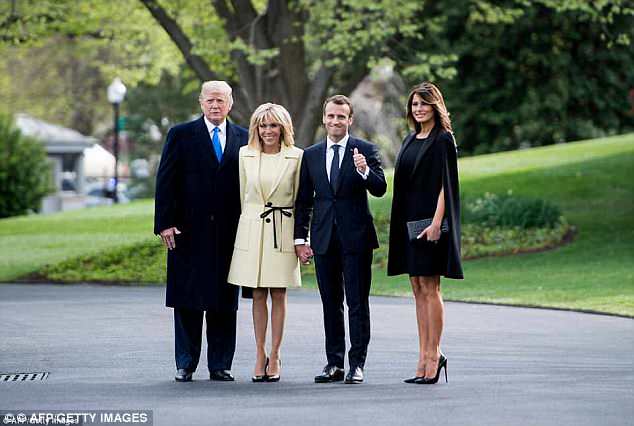 Presidents Trump and Macron were joined by their wives, Melania and Brigitte on South Lawn for a photo op of them planting a tree gifted by the French leader.

The president has frequently attacked the EU and at a rally in North Dakota accused it of going after the United States’ ‘piggybank’.

‘And you know what, we can’t let that happen.’

Earlier this month he also threatened to impose a 20 per cent tariff on imports of European cars hours after the EU slapped $3.3 billion tariffs on U.S. products.