Donald Trump’s former deputy campaign manager testified Monday that Trump was briefed by his longtime political adviser Roger Stone in July 2016about a WikiLeaks plan to release emails that would be damaging to Democratic nominee Hillary Clinton, raising new questions about what the president told former special counsel Robert Mueller.

“Mr. Stone indicated that WikiLeaks would be submitting or dropping information, but no information on dates or anything of that nature,” Gates said in federal district court in Washington, D.C., during Stone’s trial on charges of lying to Congress about his attempt to serve as an intermediary between WikiLeaks and the Trump campaign.

“We believed that if information [from the hack] were to come out,” Gates testified, “it would give our campaign a leg up.”

Gates testified that Stone had tipped off the Trump campaign in April 2016 about the planned dump of material that would prove damaging to Clinton. 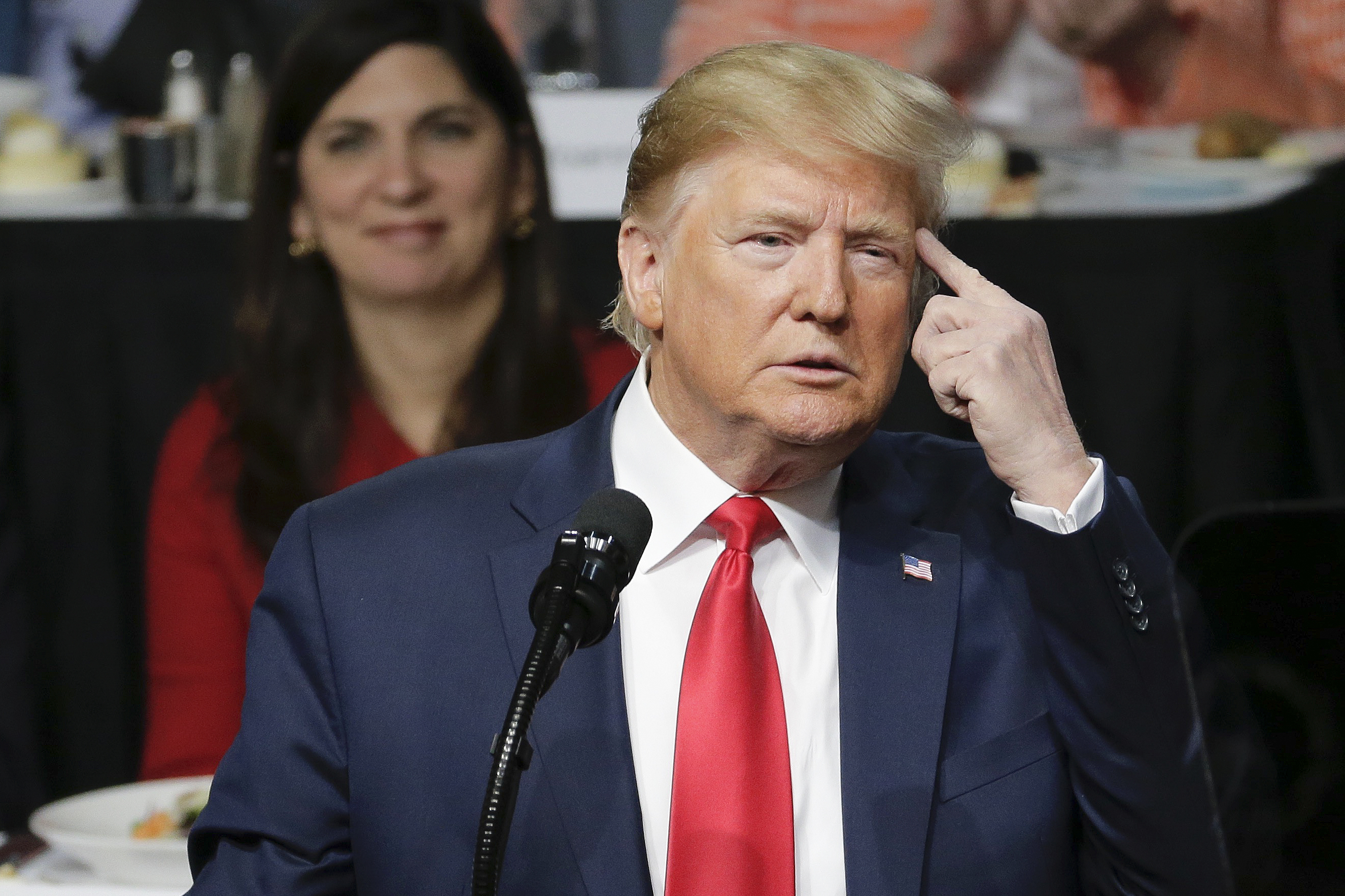 Stone’s lawyers filed a motion for acquittal Monday, arguing that their client had not lied to Congress because none of his contacts with WikiLeaks had ultimately proved “successful.” Although prosecutors have charged Stone with lying when he denied having any communications related to his efforts to learn what information WikiLeaks might release, they have produced no evidence that any of his alleged intermediaries — conspiracy theorist Jerome Corsi or radio talk show host Randy Credico — ever actually knew anything about WikiLeaks’ plans.

WikiLeaks released the stolen emails on July 22, 2016. In Trump’s written answers to questions from Mueller, the president denied knowing about the release in advance.

Trump said he “did not recall being aware” of receiving advance notice that WikiLeaks was planning such a release, nor that Stone or members of his campaign had ever discussed that prospect with WikiLeaks.

“I do not recall discussing WikiLeaks with” Stone, Trump testified, adding, “nor do I recall Mr. Stone having discussed WikiLeaks with my campaign.”

Mueller’s report concluded that the Russian government intervened in the 2016 U.S. election with the express purpose of helping elect Trump, whose campaign hoped it would “benefit electorally from information stolen and released though Russian efforts.”

Mueller failed to establish evidence of a direct conspiracy between Trump and the Russian government. The special counsel’s report also concluded that WikiLeaks received an archive of Democratic National Committee emails via an encrypted file from Guccifer 2.0, identified by Mueller’s team as an online persona created by Russian military intelligence. 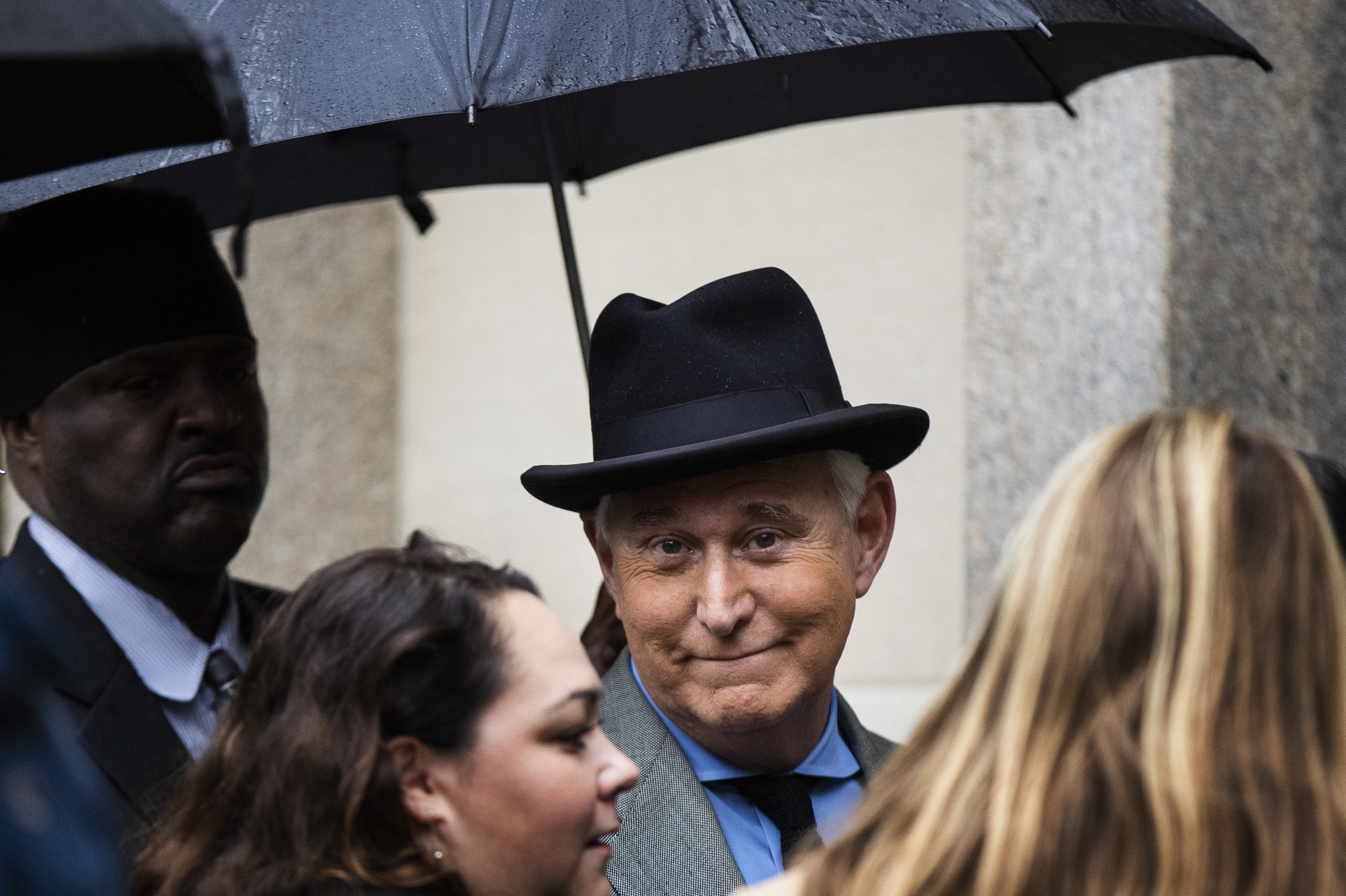 “Both the [Russian intelligence agency] GRU and WikiLeaks sought to hide their communications, which has limited the Office’s ability to collect the communications between them,” the report states.

Trump touted the email hack frequently during the campaign, telling one rally, “I love WikiLeaks.”

While testifying before the House Intelligence Committee in July, Mueller was asked if Trump’s praise of WikiLeaks was a problem.

“Well, problematic is an understatement in terms of what it displays, in terms of giving some hope, or some boost, to what is and should be illegal activity,” Mueller said.

WikiLeaks founder Julian Assange, Mueller’s report stated, had made clear in 2015 that he wanted Clinton to be defeated.

“It would be much better for GOP to win,” Assange wrote to his associates. “She’s a bright, well connected, sadistic sociopath.”

Despite Gates’s testimony that Trump was told directly about WikiLeaks’ plan to release emails that would prove harmful to Clinton’s candidacy, Trump dismissed reports of Assange’s arrest in London in April.

“I know nothing about WikiLeaks,” Trump told reporters at the White House. “It’s not my thing. I’ve seen what’s happening with Assange.”