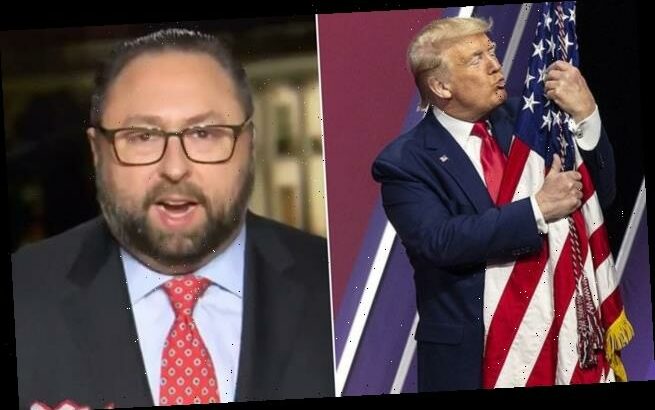 Donald Trump’s comeback: Former president will preview ‘future of the Republican Party’ during CPAC speech next week in his first public appearance since leaving office

Donald Trump will preview his vision for the future of the GOP during his keynote address at the Conservative Political Action Conference next weekend.

‘I think what you’re going to hear President Trump talk about next Sunday on the 28th is the future of the Republican Party and the number of lessons that we learned in 2020, where we saw President Trump bring in a record amount of African American voters, Latino American voters on the GOP side, bigger numbers than we’ve seen in modern Republican presidential history,’ Trump’s senior adviser Jason Miller told Newsmax on Saturday.

He continued: ‘We have to keep these voters engaged in the party.’

Miller confirmed to Newsman that Trump, during his speech, would share his views on the ‘America First’ agenda and what he feels the GOP can do to garner more wins in 2022 and 2024 – including winning majorities in the House and Senate.

A spokesperson for CPAC confirmed Saturday that Trump would be the keynote speaker at the massive conservative conference. The former president also now appears as the featured speaker on the conference’s website. 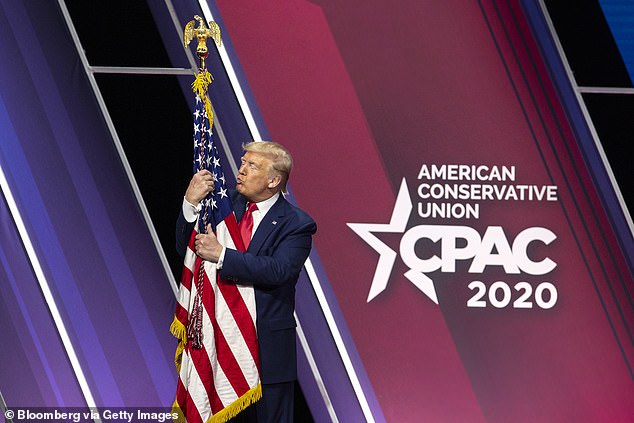 The speech will be Trump’s first public appearance and first address to his supporters since leaving Washington on January 20. Here Trump hugs and kisses the American flag during last year’s Conservative Political Action Conference

CPAC confirmed this week that Trump would be the keynote speaker on the last day of the annual conservative gathering next weekend – held this year in Orlando, Florida

The annual gathering is usually held at the Gaylord Hotel in National Harbor, Maryland – a nearby suburb of Washington D.C. But this year it was moved to Orlando, Florida in the midst of the coronavirus pandemic.

Trump’s speech on February 28, the last day of CPAC, will be his first time addressing his supporters or appearing in public at all since leaving the White House on January 20.

His appearance also comes two weeks after his second impeachment acquittal in the Senate.

Stripped of his Twitter account, Trump has remained uncharacteristically quiet in the midst of Joe Biden taking office and Congress pursuing the post-presidency impeachment trial against him.

Trump basks in his CPAC appearances, where he has been a regular speaker in prior years and is always greeted by an adoring crowd of some of his most staunch supporters.

In 2019, he famously hugged an American flag onstage. At last year’s conference, Trump reprized the performance as well, planting a noisy kiss on Old Glory. 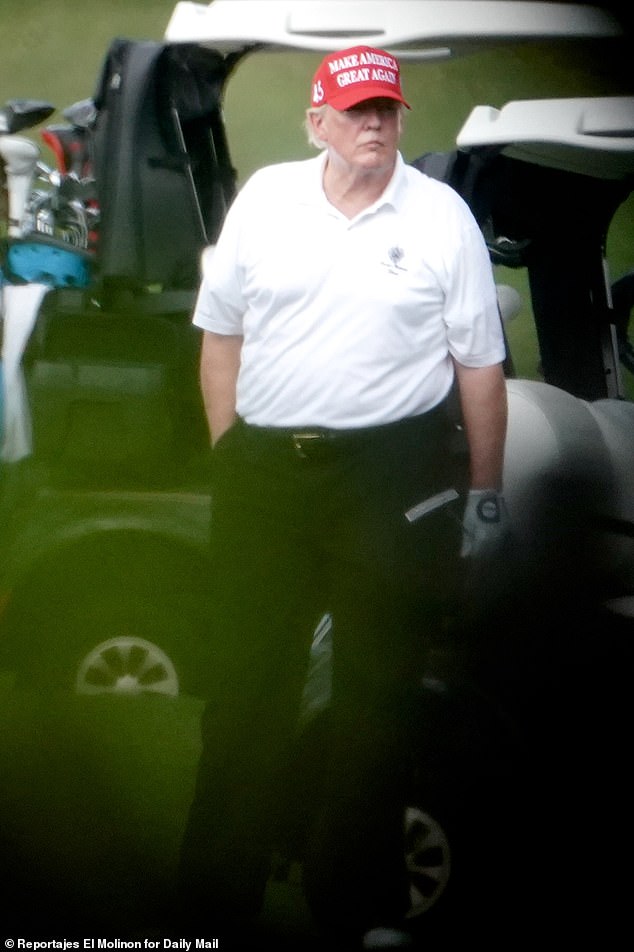 Trump has remained uncharacteristically quiet since leaving the White House, opting most days to play golf at his West Palm Beach club 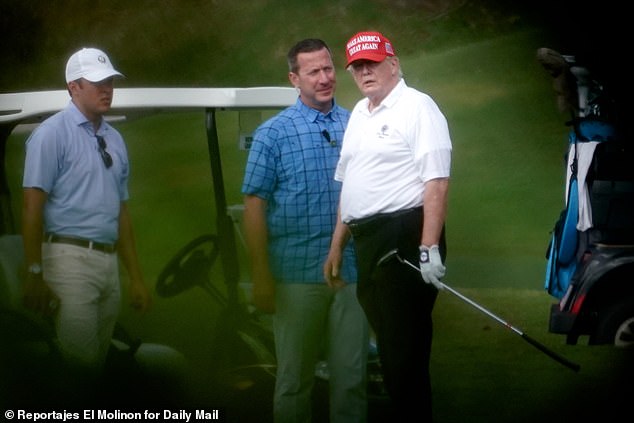 But his attendance at this year’s CPAC had remained in doubt, with Trump yet to define what level of public presence he seeks after leaving the presidency and facing legal threats on multiple fronts.

Trump skipped Biden’s inauguration and has remained mostly out of sight at his Mar-a-Lago club in Palm Beach, Florida, spending portions of his Senate impeachment trial golfing on his nearby course.

Since Inauguration Day, Trump has limited himself to occasional statements issued through his ‘Office of the Former President’, which he quickly re-branded as the ‘Office of Donald J. Trump’.

On Wednesday, Trump called in to Fox News to offer his tribute to conservative talk radio host Rush Limbaugh, as well as insist that he won the November election.

‘Rush thought we won. And so do I,’ said Trump in the extended interview, his first live remarks since leaving office and a possible preview of his CPAC speech.

‘I think it’s disgraceful what happened. We were like a Third World country on election night,’ Trump said in the interview.

‘I was disappointed by voter tabulation. I think it’s disgraceful what happened.’

CPAC, one of the biggest events on the conservative calendar, is usually held in National Harbor, Maryland, but this year organizers moved it to Florida to evade strict pandemic restrictions.

Trump first appeared at CPAC in 2011 at the urging of GOProud, a gay conservative group. His 2011 speech is seen as the launch of his political career in the Republican Party.

Vice President Mike Pence, who has distanced himself from Trump ever since the November election, will not be making an appearance at CPAC.