A tongue-in-cheek TV advert promoting the Trump-lookalike toy went viral yesterday – with many questioning whether it was a real marketing campaign. But it has now been confirmed that Trumpy Bear – which rocks The Donald's distinctive blonde mane and red tie – IS a genuine product. 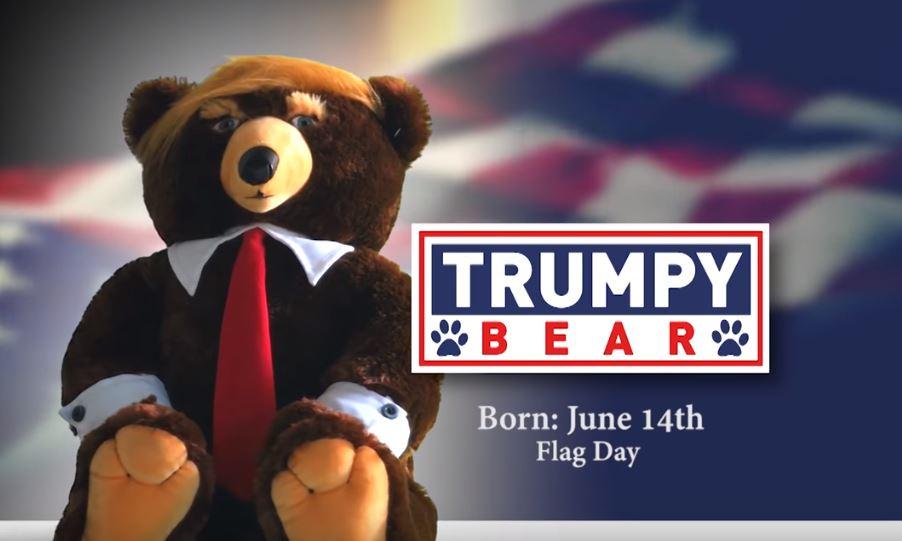 Later on in the advert, Trumpy Bear can be seen at the front of a motorbike.

The motorcycle driver, a man identified as Michael Rufino, says in the advert: “I’m a former Marine, and I’m proud to have Trumpy Bear ride by my side.”

The advert also says Trumpy Bear was born on June 14, which is Flag Day in the US. 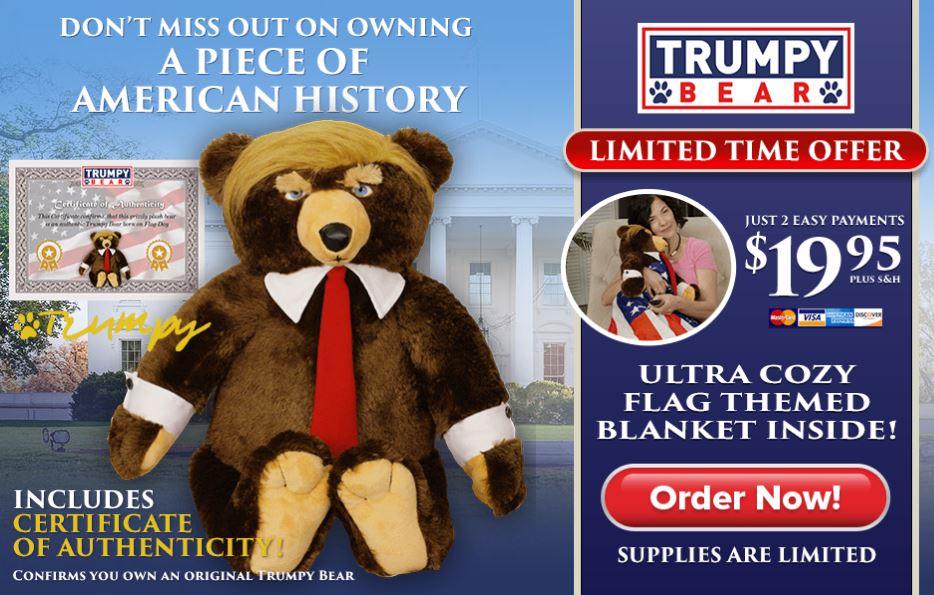 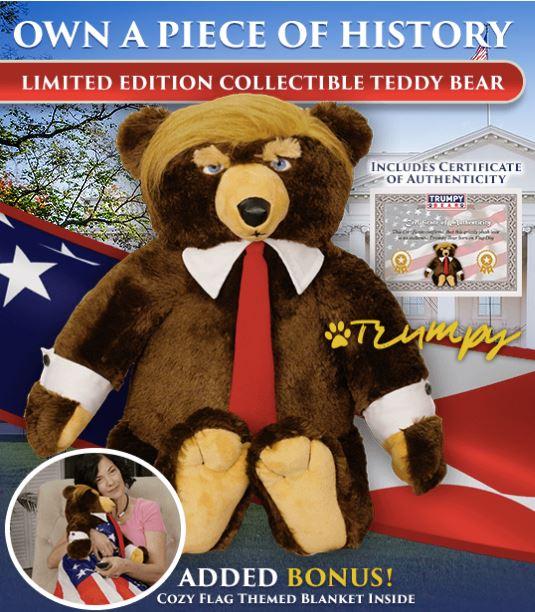 The bear is also seen riding in the passenger seat of a golf buggy.

The golf player character next to him says: “When I ride with Trumpy Bear, he makes ym golf game great again. Thank you Trumpy Bear.”

The stuffed bear is really for sale and can be yours for two payments of $19.95, plus delivery charges.

The buyer will also receive a “Certificate of Authenticity” with their purchase.

The advert also includes Army Veterans who also hold the bear and say they are the “proud” owners of it. 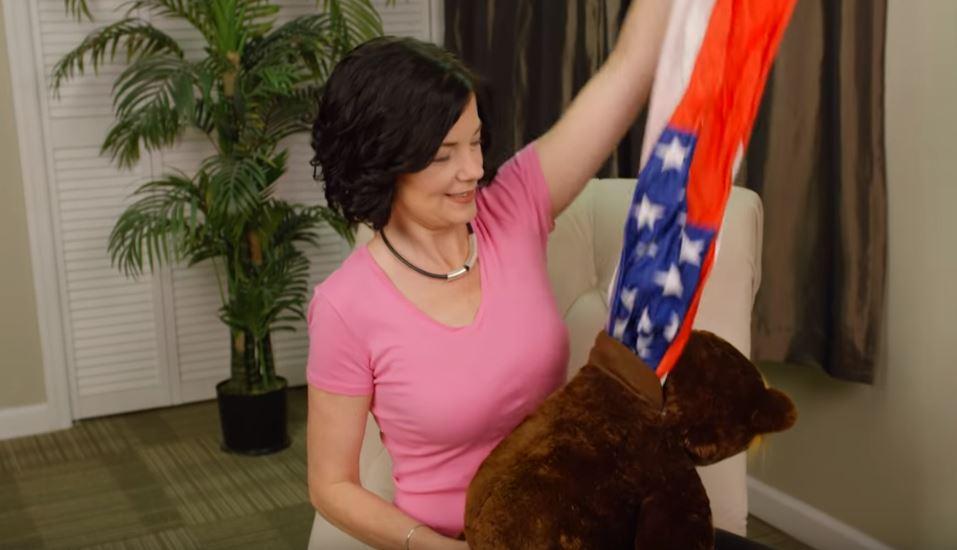 The advert was seen on a local Fox News broadcast in the Washington, DC area, but was not advertised nationwide, according to a Fox News spokesperson.

The bear also comes with a unique feature, a zipper on the back which you can unzip to reveal a large-sized American flag blanket.

The ad encourages Americans to “show their patriotism” and to “proudly display Flag Day”.