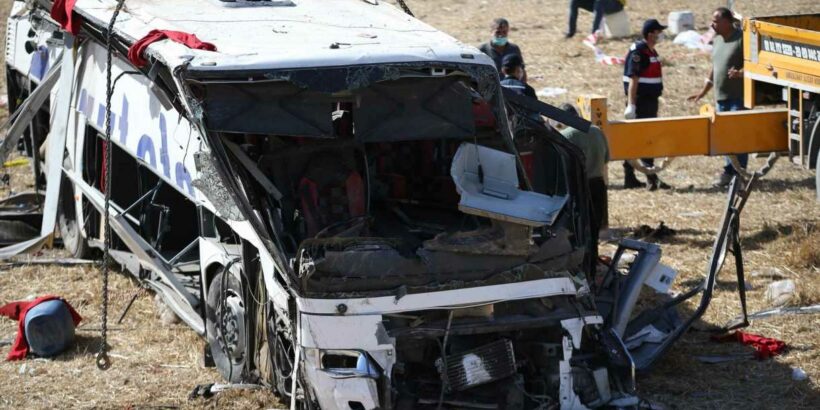 A BUS crash in Turkey has left 14 dead after the vehicle veered off a motorway and rolled down an embankment.

The accident also injured 18 and happened while the bus was heading to Edremit in the western Balikesir province of the country. 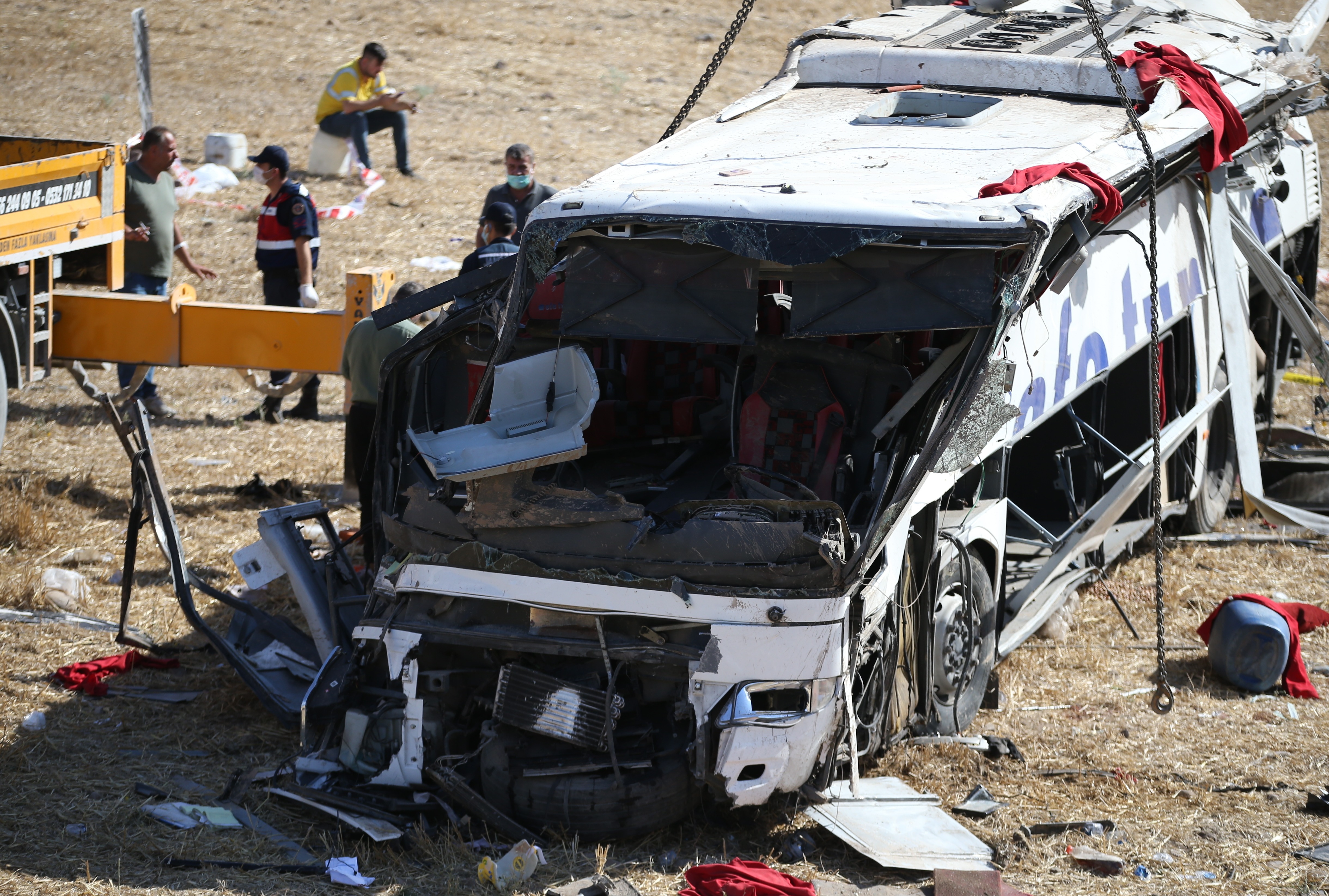 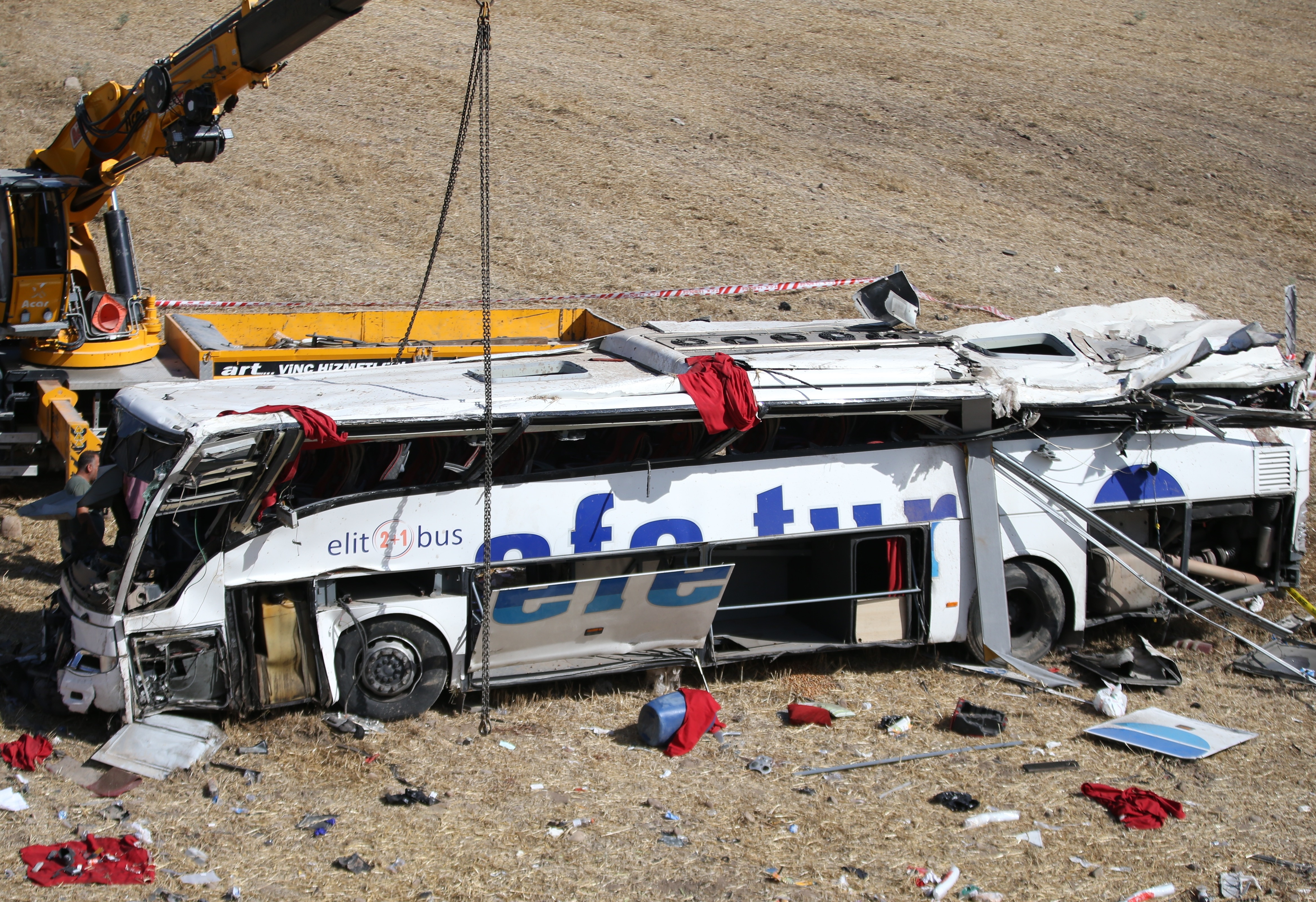 The bus overturned at 4:40am local time local and when the emergency services arrived at the site they found 11 people died.

Three others died later after they were taken to hospital.

A prelimimary examination found bus entered the bend at a speed of 60mph per hour and left a brake mark of about 40 yards meters on the road, Hurriyet reports.

Pictures from the scene show how the bus came off at a motorway interchange as it went around a sharp bend.

The vehicle rolled down the embankment before coming to rest with its roof crushed.

Passengers’ luggage could be seen being removed from the crushed vehicle while a crane hauled the remains of the vehicle away.

An investigation to determine the cause of the accident is underway.

Balikesir Governor Hasan Sildak said that three of 17 people injured in the accident have been discharged from hospital after treatment. 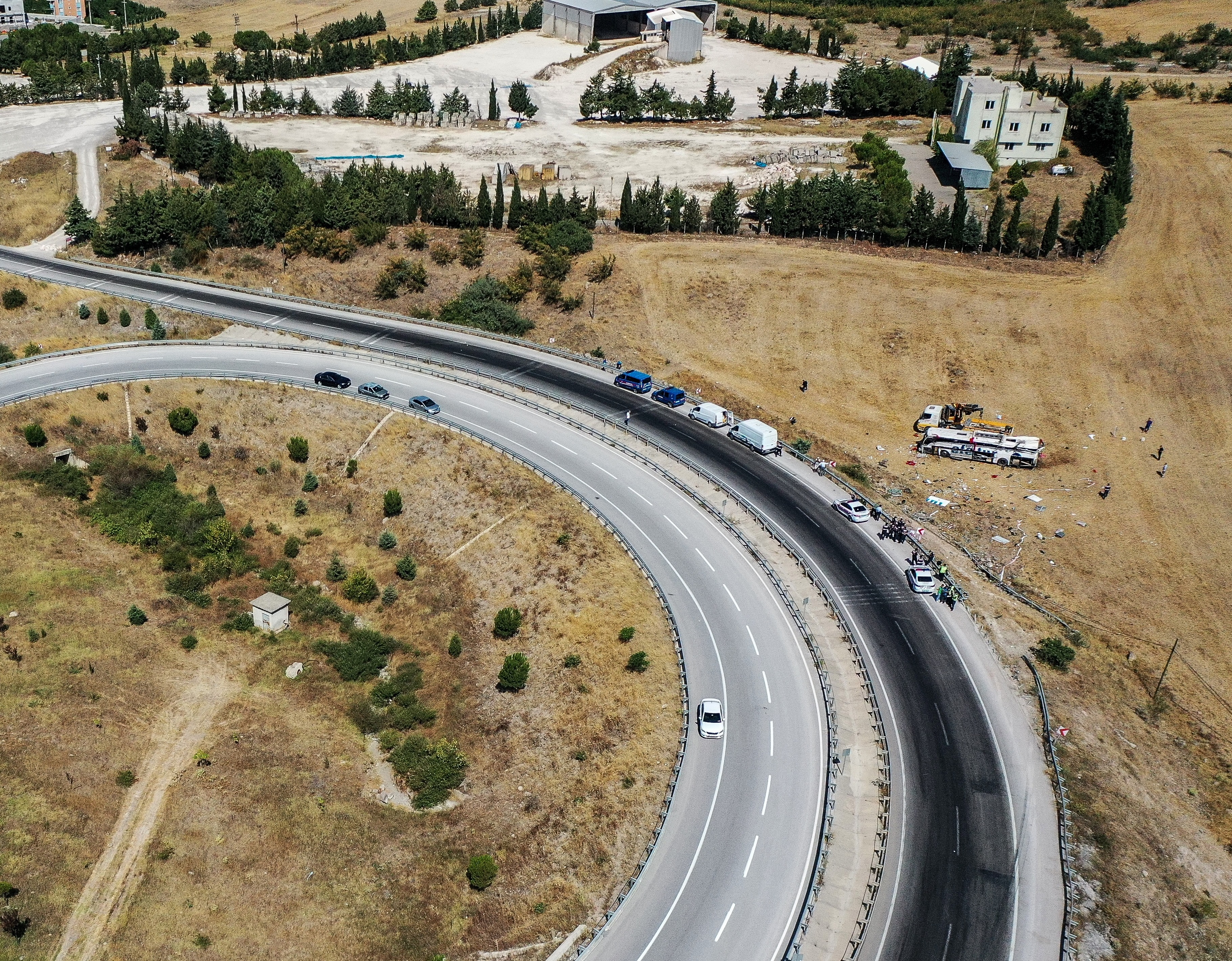