Panicked tourists ‘screamed and cried’ as a passenger jet on its way from Turkey to Russia suddenly dropped more than 30,000ft after a sudden loss of cabin pressure.

Video footage shot by passengers after an emergency landing at Volgograd airport in southern Russia, show oxygen masks dangling from the ceiling.

Some passengers needed medical and psychological help after the ‘horrible’ incident, said an airport source.

The Turkish plane was en route from Antalya to Chelyabinsk in the Russian Urals region when it got into trouble.

Unconfirmed reports said there was an engine failure.

A woman passenger said: ‘It was so scary. People on board panicked. Everyone was asleep when oxygen masks came down, children started to scream.’ 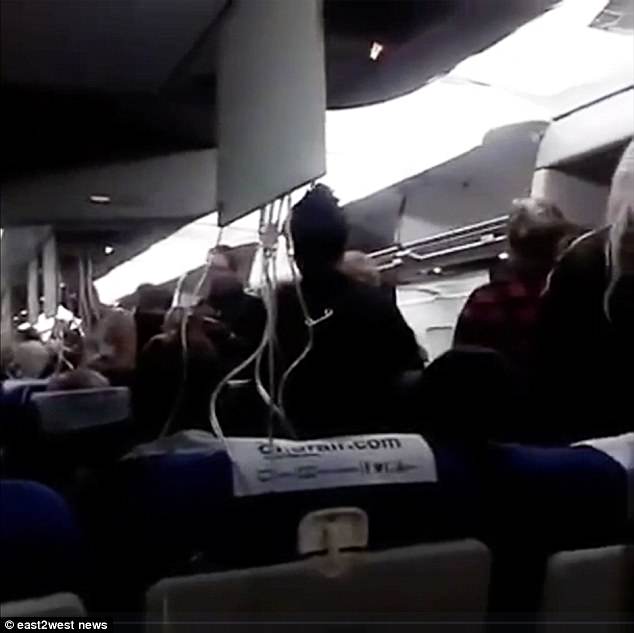 Sudden drop: The Onur Air Airbus 321  was travelling from Antalya, Turkey to Chelyabinsk, Russia, with 226 passengers and eight crew 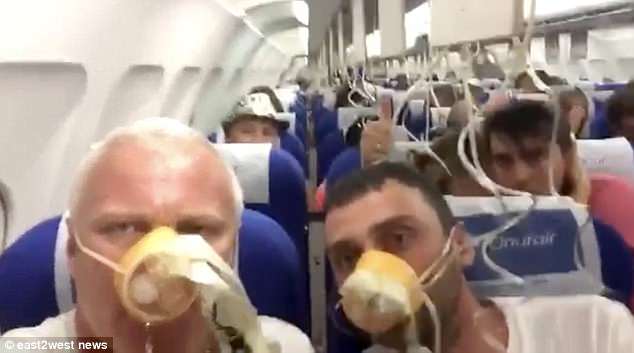 Aftermath: Passengers filmed themselves with oxygen masks on after the plane, which went from 32,800ft to just 1,640ft ‘within five minutes’, had landed

On one video, a man says to another’happy birthday!’, then turns to the camera saying: ‘This is horror’.

In the second video a stewardess is believed to ask: ‘Are there doctors on board?’

The man filming the video looks into the camera and says: ‘That was horrible’.

The airport in Volgograd – where England play their opening group stage match in the World Cup next month – confirmed the emergency landing. 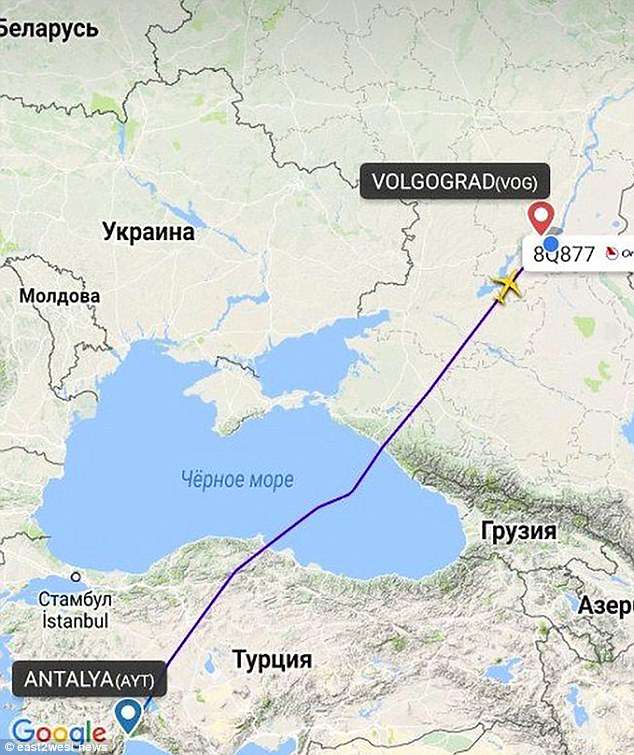 Going down: The pilots were forced to make an emergency landing after the sudden drop which was allegedly caused by an engine failure

Passengers were ushered to an airport terminal and those with children were taken to a hotel, said a source.

‘Medical staff were present all night – some had headaches, others problems with blood pressure, some needed psychological help’, said the source.

A new plane was sent to Volgograd to pick up the passengers.

A preliminary investigation was underway into safety on the plane, said Russia’s Southern Transport Prosecutor’s office.

Onur Air is a low-cost airline with its headquarters in Istanbul.