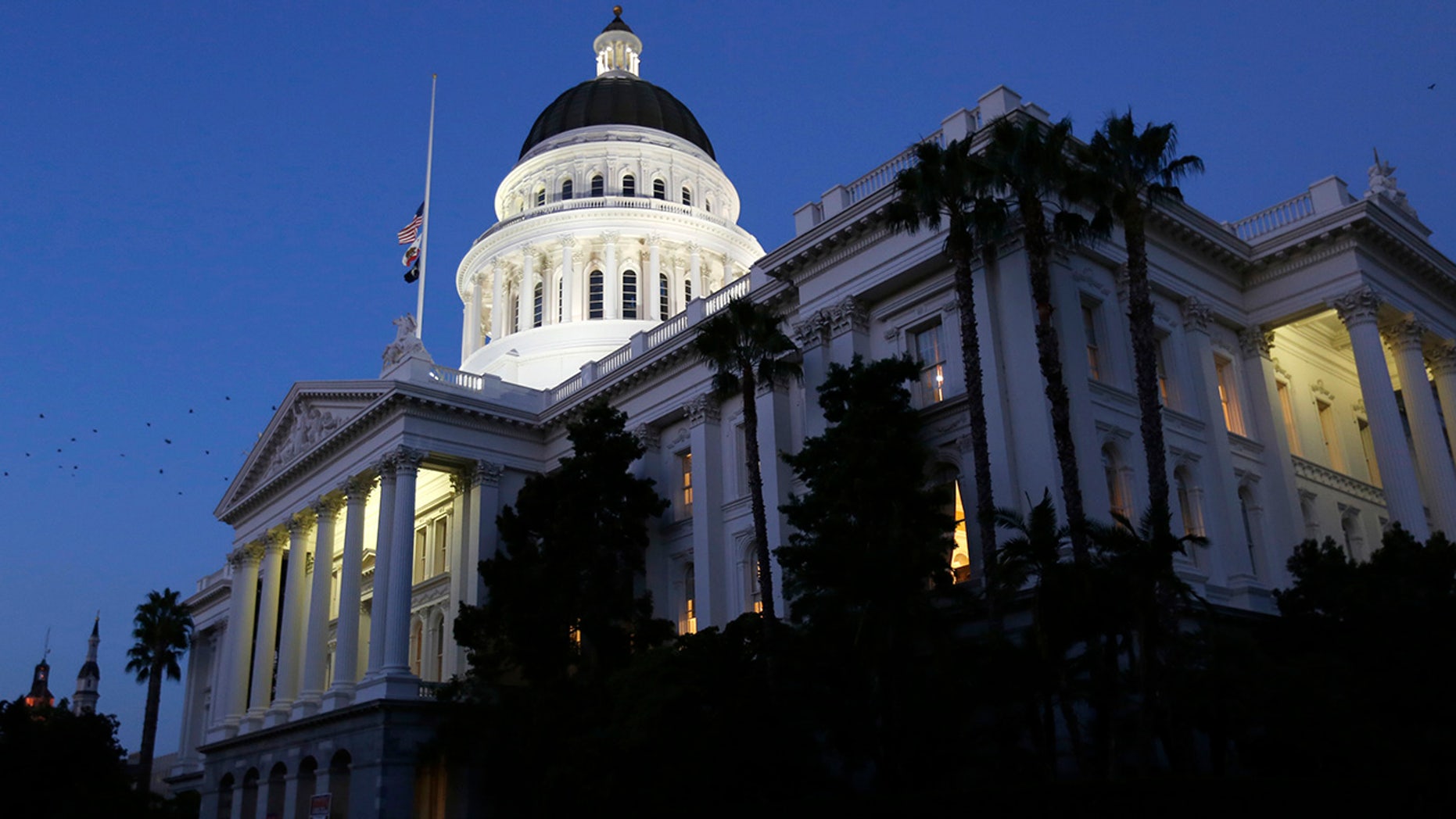 The lights of the Capitol dome shine as lawmakers work into the night Friday, Aug. 31, 2018, in Sacramento, Calif. Friday is the final day for California lawmakers to consider bills before they adjourn until after the November elections. (AP Photo/Rich Pedroncelli)

Tensions ran high in California's capital Sunday as conservative demonstrators aiming to promote Republican politicians and policies were met by protesters from Antifa and other far-left groups.

Participants in the "Turn California Red" rally gathered on the steps of California's state capitol to speak out against the state's Democrat-dominated state government, which they claim has enacted policies that have made the Golden State "unlivable for normal citizens."

However, left-wing demonstrators claimed the group was part of the "far-right" and encouraged supporters to "show up against bigotry."

Sacramento police closed off streets near the state capitol on Sunday afternoon and officers on bikes and horses kept the two groups separated. Police spokesman Capt. Norm Leong tweeted that one person was arrested for "challenging someone to fight," but no other major incidents were reported.

Two years ago, violence erupted when white nationalists clashed with counter-protesters at a neo-Nazi rally at the state capitol. Seven people were stabbed and the building was locked down with staffers and tourists still inside.