These are just some of the misconceptions held by the 13 to 14-year-old children at the start of Channel 4’s new show, The Great British School Swap. 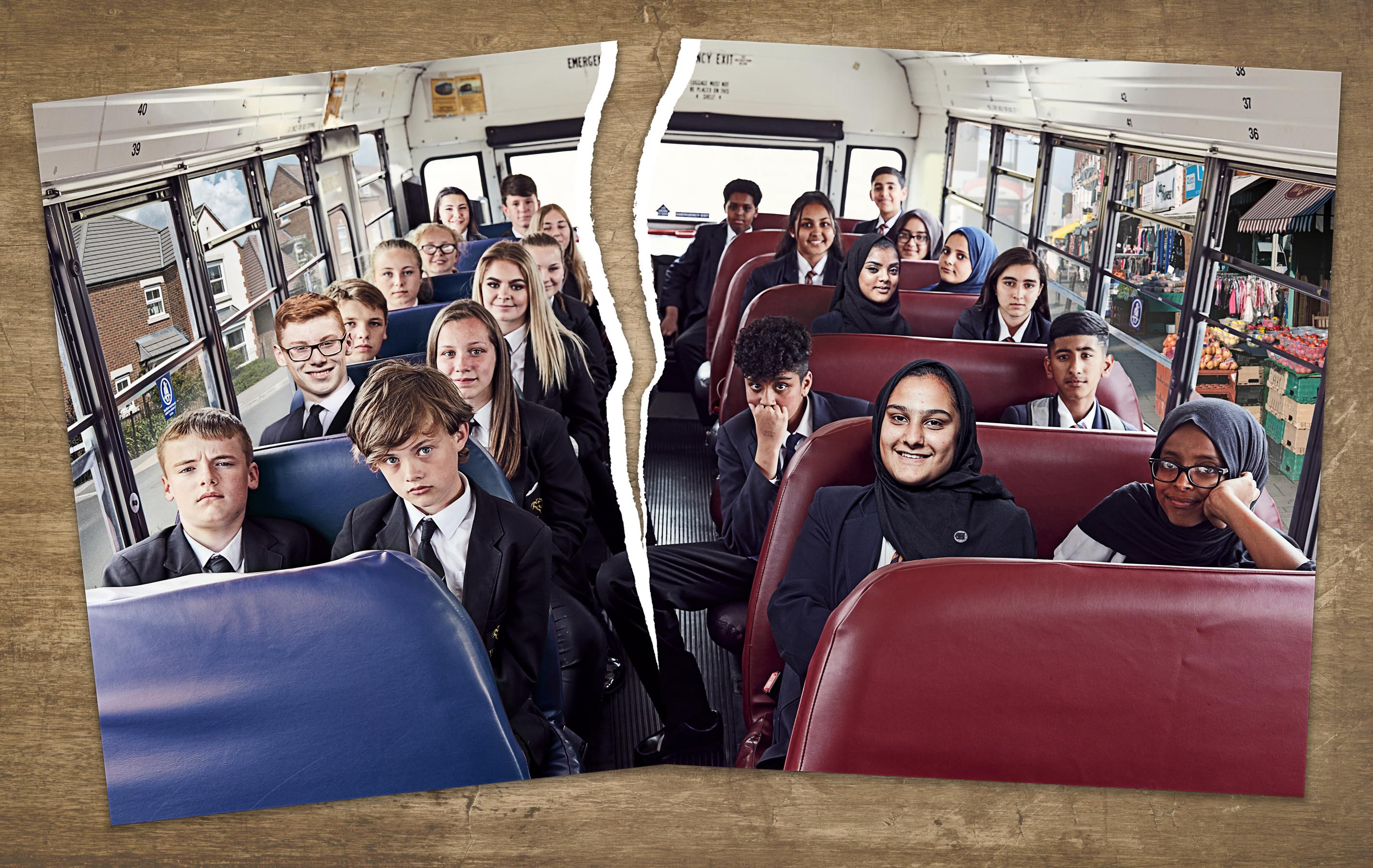 The programme follows 12 year eight and year nine pupils from Saltley Academy, a secondary school in the Alum Rock area of Birmingham where fewer than one per cent of the children are white British, and 12 pupils from Tamworth Enterprise College, as they take turns spending a week in each other’s schools.

The idea is to integrate two communities which hardly ever interact and find out just how different the two groups really are.

It’s a huge culture shock for both sets of children, who hold alarming misconceptions about each other, despite their schools only being 15 miles apart.

Many of the children’s ideas are funny – one white boy mistakenly thinks that Mecca is a Youtuber – but the show has a serious premise. 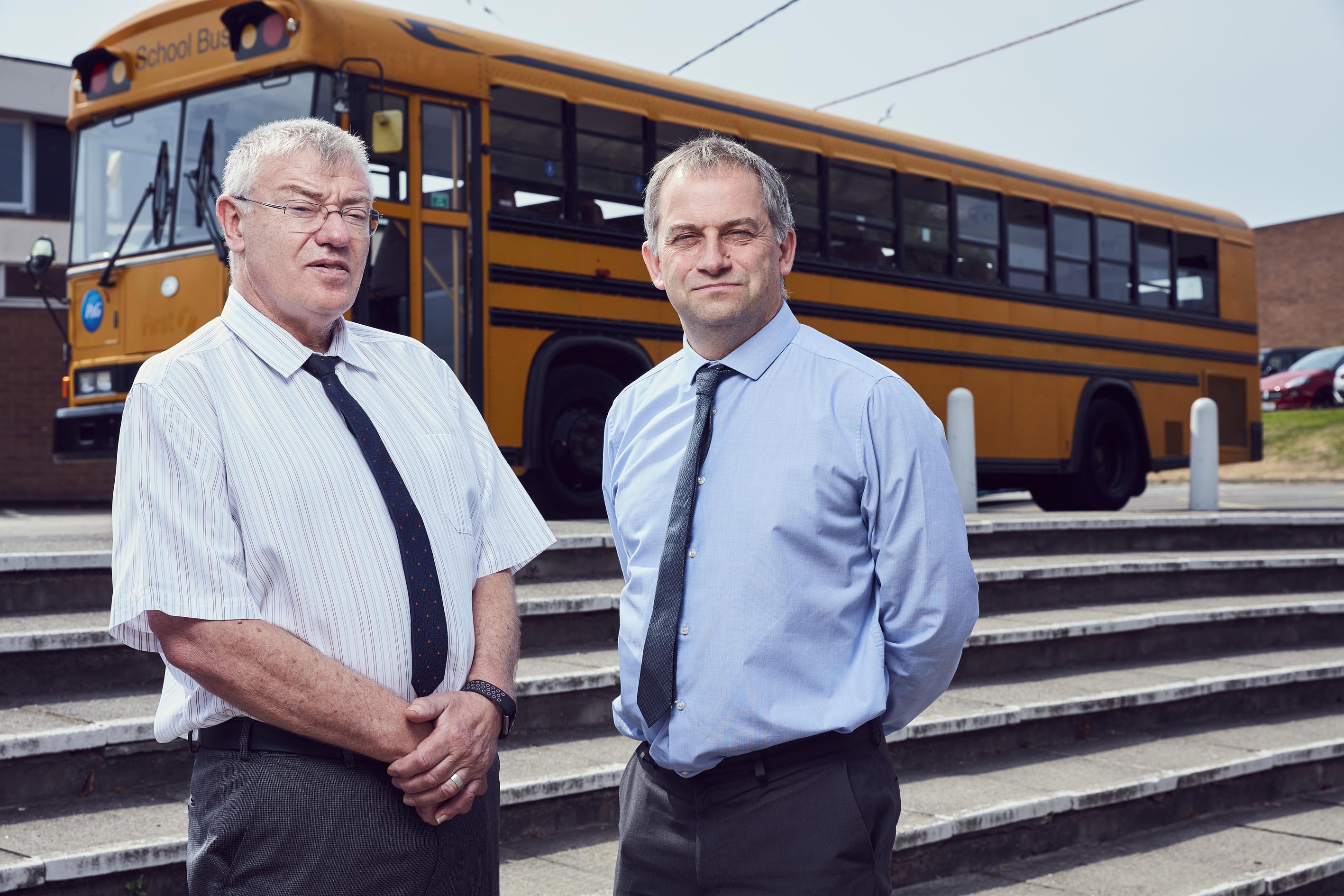 It was commissioned after a 2017 report revealed more than a quarter of primary and four in 10 secondary schools are ethnically divided.

And despite the show’s gentle approach, it hopes to fix some serious issues. Simon Turney, head teacher at Tamworth Enterprise Academy, was shocked to find two 14-year-old pupils and their parents had attended a march with far-right group the Football Lads Alliance.

At the other end of the spectrum, Saltley Academy was plunged into special measures by Ofsted in 2014 after false allegations of a plot by hard-line Muslims to take over the governing body came to light.

Now with a new headteacher, the school is out of special measures and rated good. 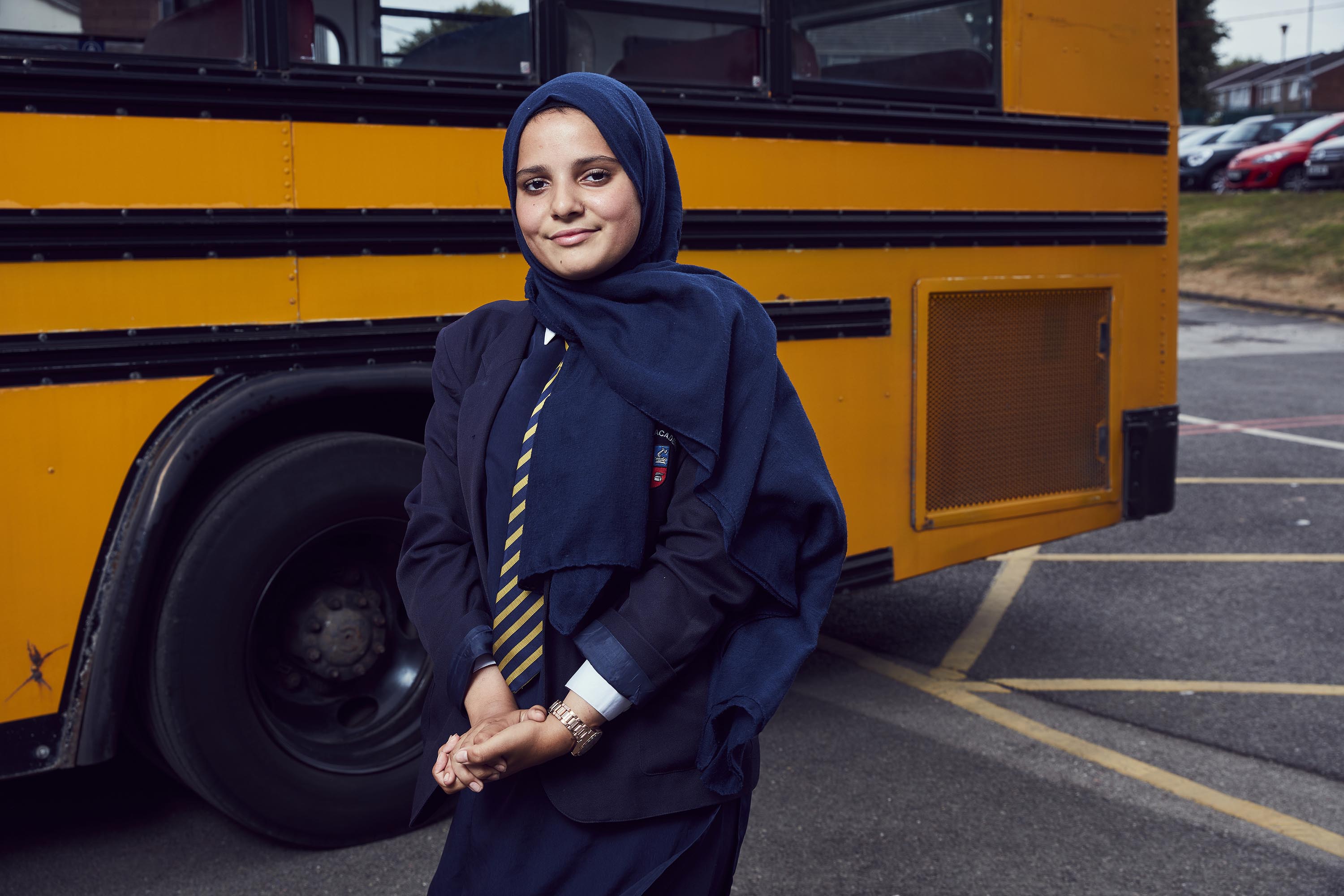 But both headteachers believe more integration needs to happen to help Britain’s young people get along and create a better future for them in adulthood. 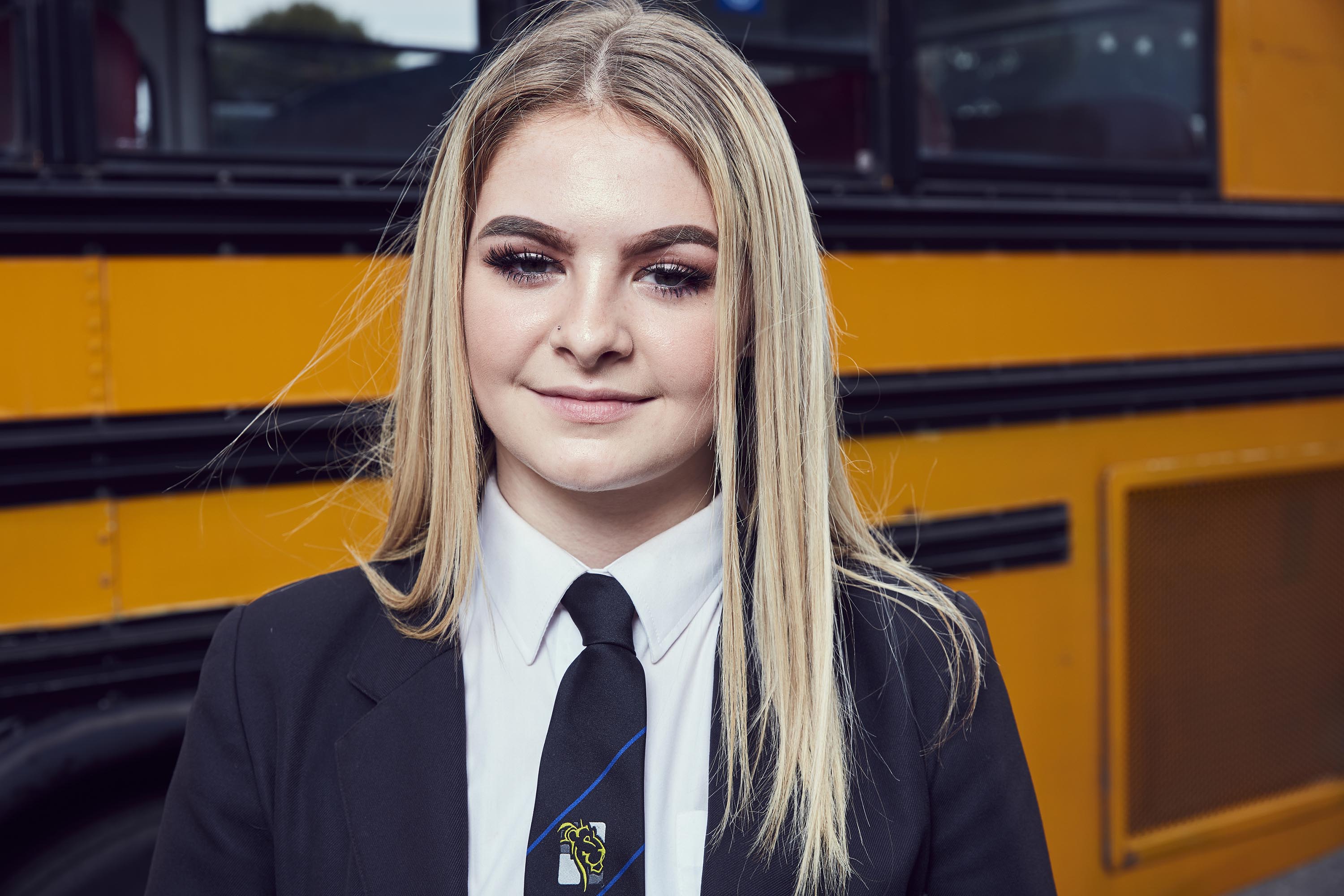 They might all be wearing uniform, but the children have very different ideas about their image.

While Balqis, Zainab and Kiran wear the hijab, blonde Lauren admits she is obsessed with make-up and transgender Lucas is quick to reveal she is trying to grow her boyish hair into a more female style.

Kiran in particular is unimpressed, saying of white people: “You see them on the streets with their boob jobs and their short skirts. Cover up! Are you serious?”

Lauren could be one of the girls she is talking about, confessing: “I go out wearing tiny shorts, tiny top, tiny jacket and a lot of make up…”

When they visit Alum Rock Road where there are many traditional Asian shops, Balqis is pleased to find an outfit Lauren likes.

However, she is horrified when her new friend comes out only wearing the top half as a mini dress. Visibly shocked, Balqis admits: “I wouldn’t have a house to live in if I walked out like that.” 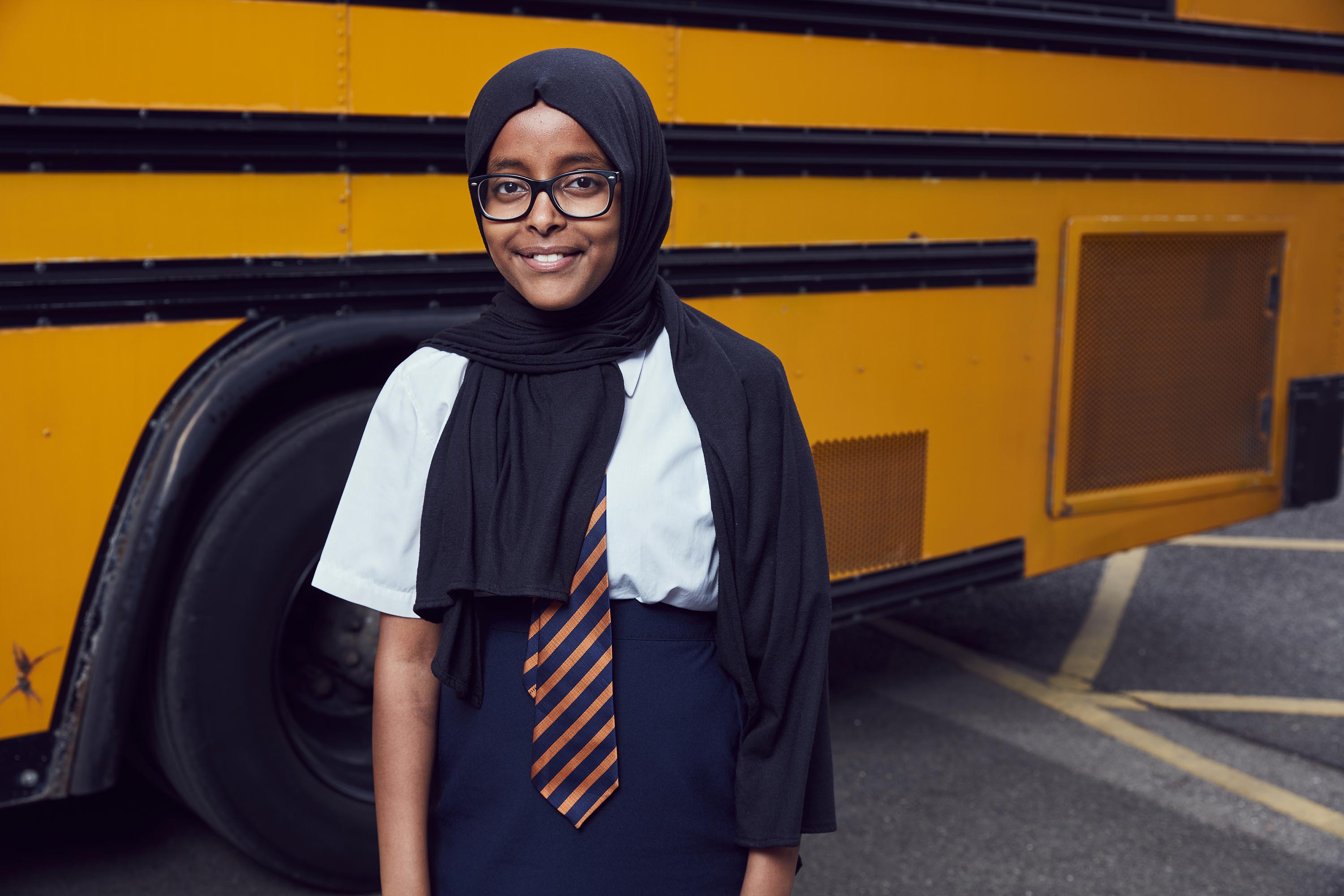 'People call me a terrorist because I'm a Muslim kid'

Terrorism is a word that crops up fairly quickly for both groups of students. “Stereotype is terrorists, they wear the burqa, not very nice people,” explains Tamworth lad Conor.

It’s an attitude not unexpected by young hijab-wearing Karin who is keen to put her new friends straight before the experiment begins, telling cameras: “Not all Muslims are terrorists anyone who says that to my face will get a punch. I’m being serious.”

It becomes clear many of the children at Saltley Academy have been called terrorists.

Samina reveals she gets a negative reaction when people find out her family originate from Afghanistan, and tells the cameras, “They said, ‘you were going to shoot me because you’re a Taliban, you’re going to take me away.’”

Meanwhile, Mariam insists she doesn’t care about being stereotyped as a terrorist, saying, “I just laugh because I’m just a 14-year-old girl. I just find it really funny.”

Tamworth pupil Lucas identifies as transgender and proudly proclaims herself a member of the LBGT+ (CORR) community who is transitioning from male to female.

Her parents and classmates have accepted her status and she is confident that his new friends at Saltley Academy will too. 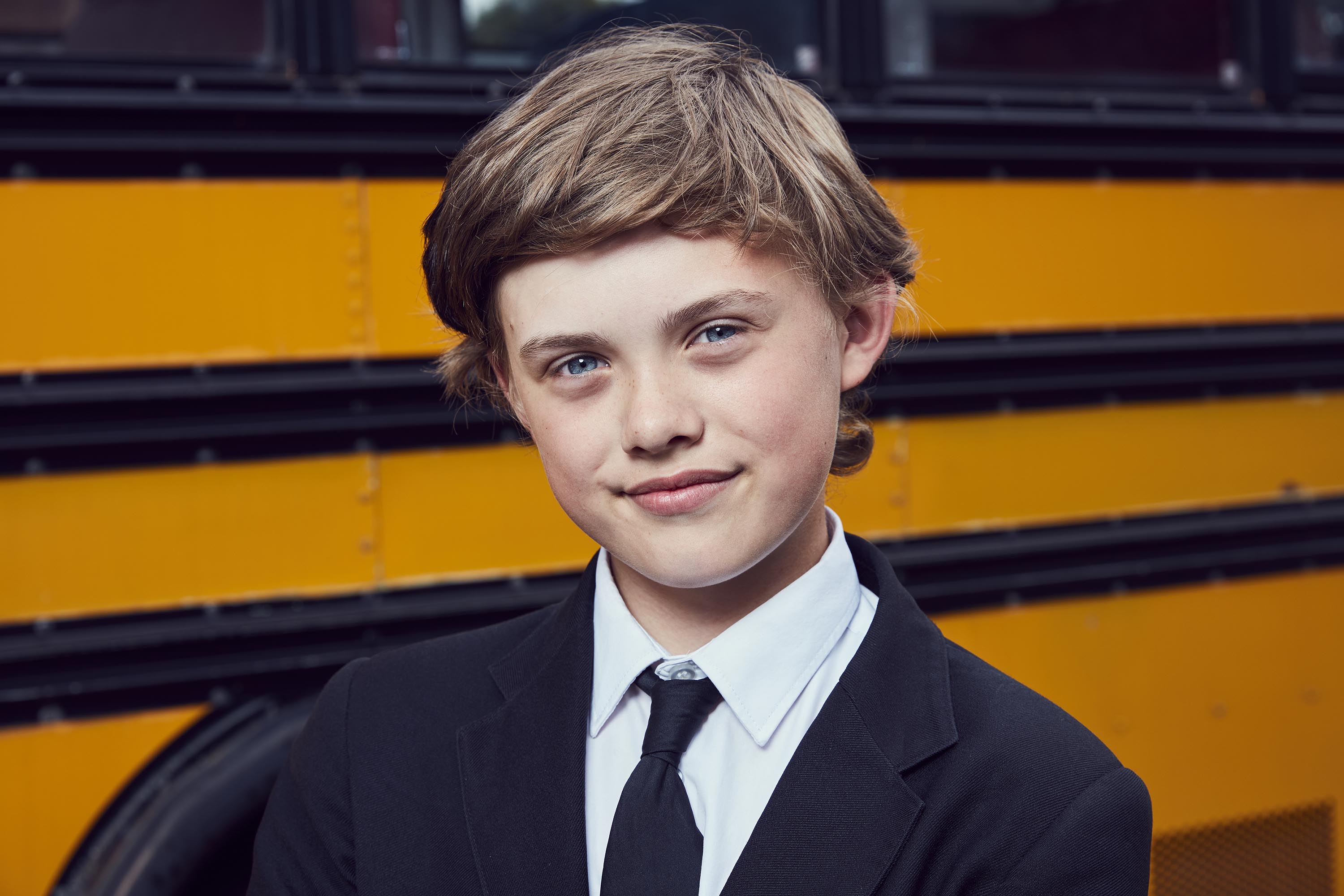 She says: “Going in there as a bisexual and transgender female, I don’t think it’s anything bad, I think they’ll fully accept me.

"I don’t think it’s against their religion to be friends with someone like that.”

However, his new Muslim friends aren’t comfortable. Karin tells cameras: “I just don’t like gay people, I feel weird around them. You’re not allowed to be gay. Choosing to be gay is going against your religion.” Later there is an awkward moment when Saltley pupil Cabdul asks whether Lucas if she “has a d***”. But when Lucas does fall out with his new classmates it’s over something entirely different – sweets. 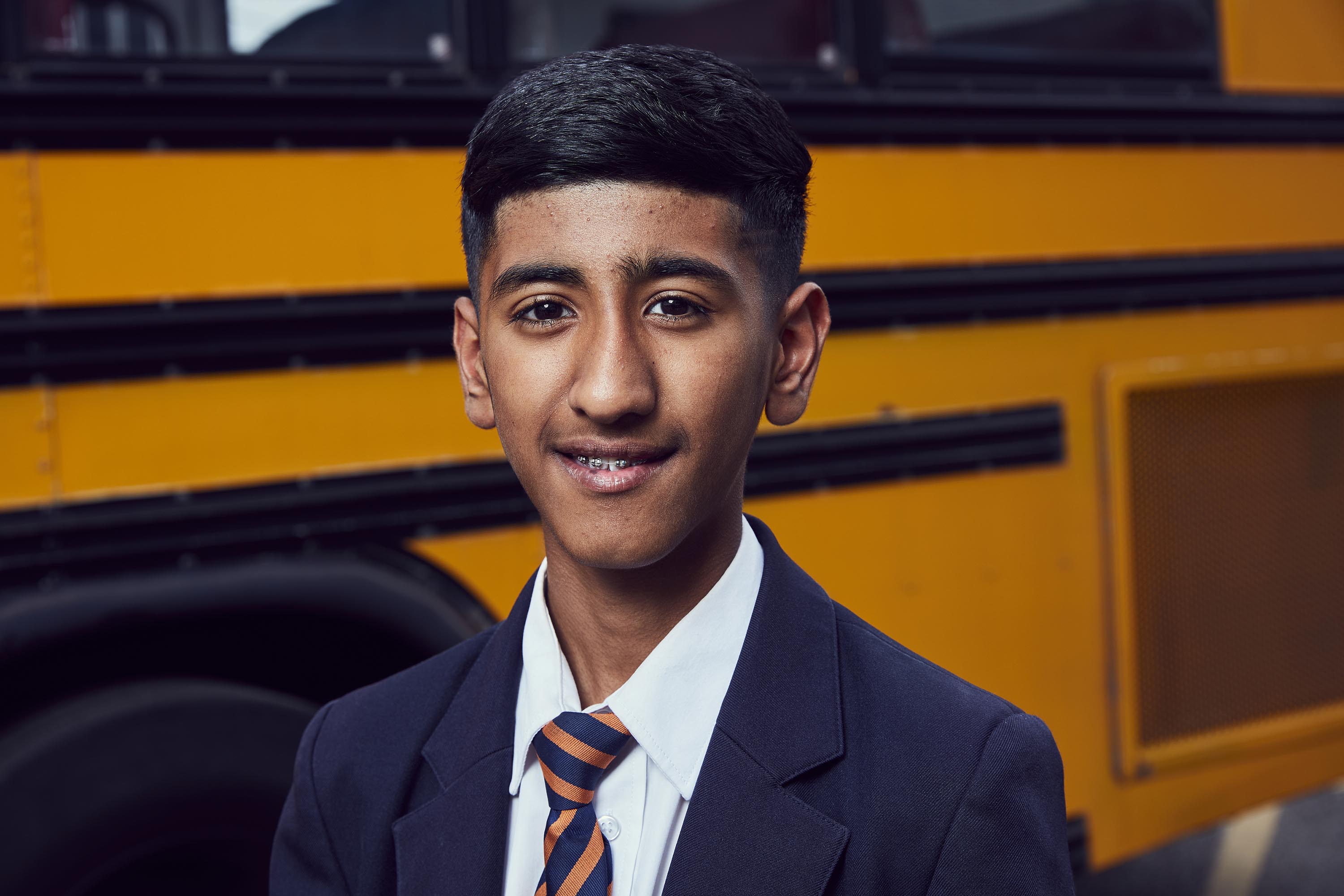 Indeed, they get it wrong on the school bus when they decide “black” must be more offensive than “coloured”.

Samina is later offended as Olivia uses the term “half-caste” instead of “mixed race” and tearful Olivia insists she had no idea the term was offensive.

Later she realises: “The words we use back in Tamworth, most of them are all racist.”

Fellow pupil Dan is brave enough to admit: “before the start of this exchange I used to call them coloured and P*** because I never understood it was racist to them.”

Balqis recalls she was branded a “Black b*tch” aged 11. 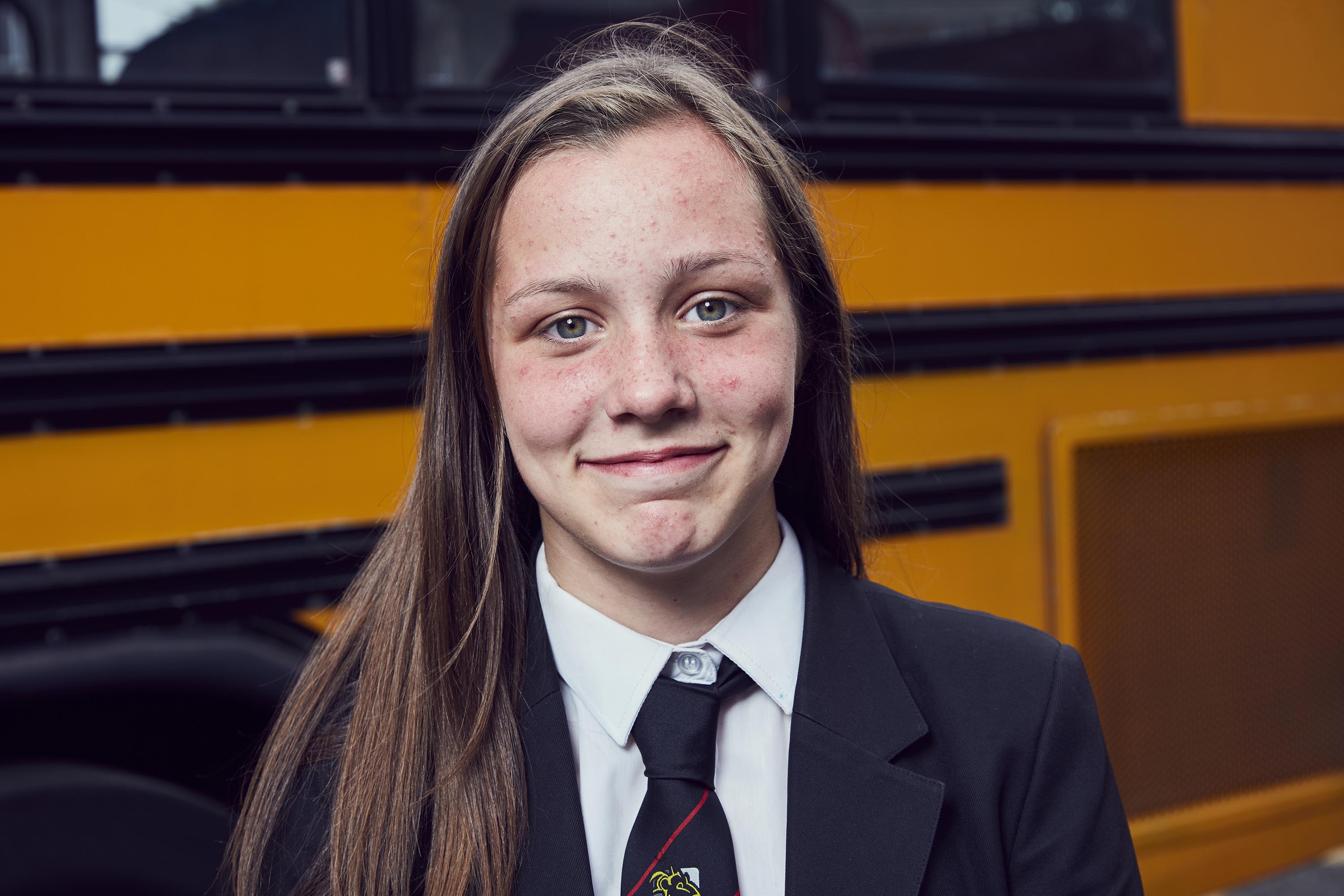 'Why is the Queen so important? I don't get it'

When a teacher plays the National Anthem to the class, the reaction is divisive.

Zainab is quick to speak up, saying: “I flipping hate the national anthem, why is The Queen so important? I don’t get it.”

While Umar is equally unimpressed telling his teacher: “It’s aimed at white people.”

However, Tamworth pupil Hannah is quick to defend the Royals, saying: “If she (The Queen) didn’t support black people or Asians, Meghan Markle wouldn’t be in the Royal family would she?

"How can you sit there and say that the Queen doesn’t respect black rights when she let her grandson marry someone mixed race?”

But it’s clear that a lot of the Saltley pupils struggle with their national identity.

Asked if she thinks you can be Muslim and British Karin tells cameras: “Yeah you can do all the stuff that… second thoughts, I don’t think so.” 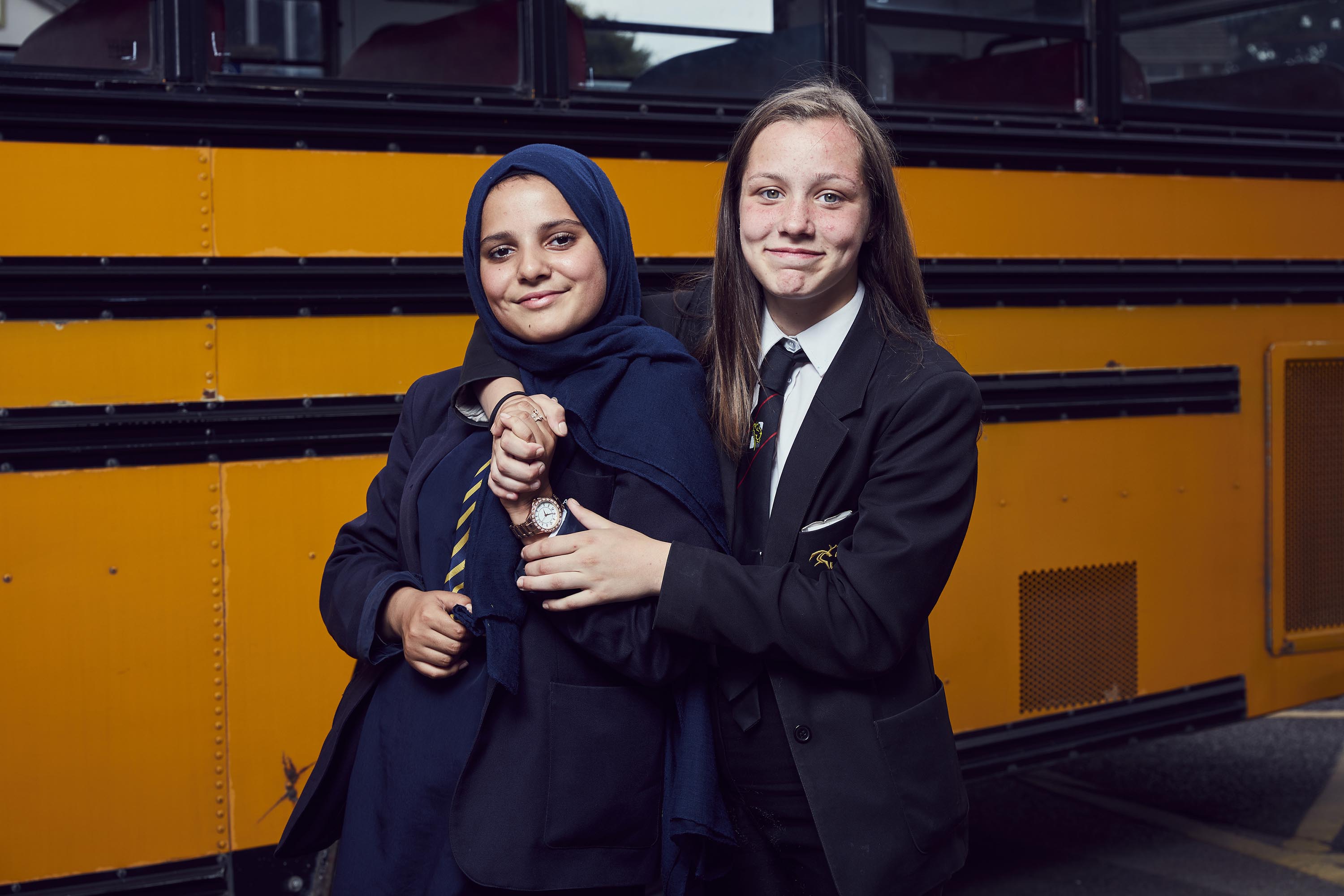 'Muslim parties must be lame without booze'

It’s not just the children who are nervous of each other.

Student Dan’s mum Kate, a barmaid, tells cameras she hasn’t met many Asians as there are none in Tamworth.

She says: “I’m waiting for them to come over here and try and take our jobs. All hell will break through, it will be World War Three.”

On the way she fears it will smell “like Pa…. of Muslims” and they will judge her clothing.

However, she enjoys her spicy curry and apart from starting a very awkward chat about her ex’s vasectomy she is pleased to report that the home was “clean and had a playstation and a Sky box and it was just normal”.

Back at school, the white children are horrified to discover that Muslims can’t drink even when they are grown up, taunting “your parties must be lame!”.

'We get along even though we're from different backgrounds'

But despite their differences, great friendships are formed on the three-part show and the children do learn how to communicate and laugh together.

The Great British School Swap starts on Channel 4 on Tuesday at 9pm.