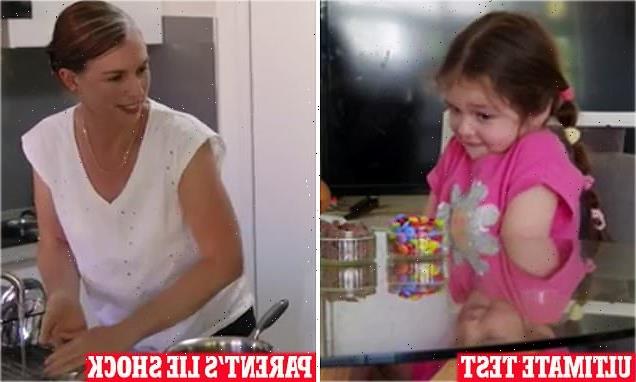 Would YOUR kids lie to you? Hilarious experiment shows cheeky kids left alone with bowls of delicious chocolate and told by parents to keep their hands off – with very interesting results

The ‘chocolate temptation challenge’, part of Wednesday’s latest episode on new reality television program Parental Guidance, was a fun test with a powerful lesson for the parents about how to stop kids lying.

On Tuesday, the parents – all with different styles on how to raise their kids – were horrified to discover many of their children left a playground with a stranger, played by an actor, who promised them the chance to play with puppies. 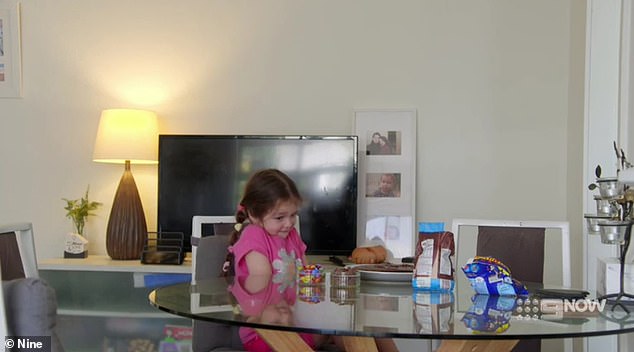 Ten Australian mums and dads tested their parenting skills against most kids’ biggest weakness – sugar – with hilarious results caught on hidden cameras. Lara and Andrew’s daughter Chaya is picture fighting off the urge to pinch some chocolate 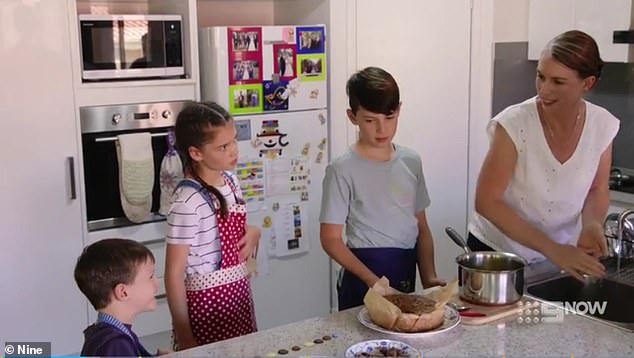 Strict mum Miriam’s children couldn’t resist the chocolate when left unsupervised – and Grace, 10 (pictured second from left) kept it a secret for weeks. Miriam is pictured at right

WOULD YOUR KIDS TELL YOU IF THEY NICKED THE SWEETS?

WOULD YOUR KIDS TELL YOU IF THEY NICKED THE SWEETS?

The show delves into heavy issues again next week – screen addiction and whether children would accept a ride in a stranger’s car.

So Wednesday’s episode was a welcome relief and it produced some unexpected results.

Children of five couples were told not to eat chocolates left in front of them when left alone in a room with the treats.

Parental Guidance, hosted by mother-of-two Allison Langdon and parenting expert Dr Justin Coulson, a father-of-six, tests parents and their children against several challenges in an effort to determine ‘the best parenting style’.

Wednesday’s first test was based on ‘one of the most famous social experiments of all-time, the marshmallow test’.

That experiment showed the children who could ‘delay gratification’ had more success when the grew up.

‘Studies have shown that children with high levels of self-control do better at school, they have better relationships,’ said Dr Coulson.

‘When they grow up they’re more likely to have more successful long-term relationships and hold down jobs.’

Langdon explained the challenge to the parents.

‘We asked you to bake a cake. Next you set out some delicious chocolate decorations and asked your children not to eat any.’

The biggest surprise was which children ate the chocolate and which didn’t.

Raphael and Chaya, the ultra-cute children of self-confessed ‘indulgent’ parents parents Lara and Andrew, who use an attachment style of parenting, visibly fought off urges to eat the treats.

But Grace and Tim, the children of ‘strict’ parents, Andrew and Miriam, went for the treats when left alone with them.

While little Tim, 5, confessed as soon as his mum came back in the room, Grace, 10′ took ‘a few weeks’ to own up to eating the sweets.

One of the children of ‘routine’ parents, Brett and Tony, also fibbed – he took more chocolate than he owned up to. 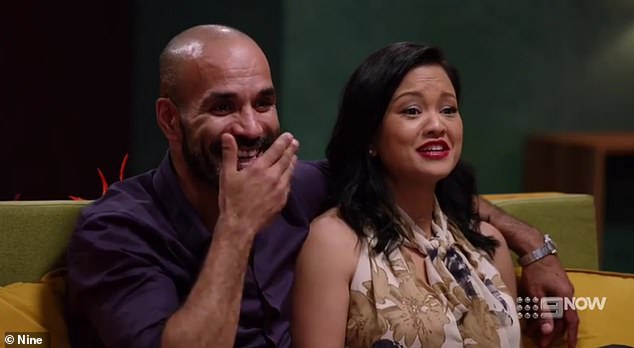 ‘There some research that suggest the stricter the parents the less likely it is that a child will delay gratification because as soon as those chains are off those kids are set free and they’ll do what they want.’

Dr Coulson went on to explain the significance of the challenge – which was how to become a parent that your kids are not afraid to tell the truth to.

‘The best way to stop [children] lying is they need to know that they can actually tell us the truth and while there may be conversations the purpose is not to get them in trouble if they’ve lied, the purpose is to  say ‘how can I become someone safe to tell hard things to’?’

‘Because while we’re talking about a little bit of chocolate on the kitchen bench right now, once they’re 15 or 16 and they’re at that party on that Friday night and someone’s in trouble, you want them to ring and say ‘we’ve done something wrong, you’re the only adults we know that we can trust to call’.

Wednesday’s episode also featured hilarious challenges in which the families tried to construct a beach shelter together and posed for a family photo.