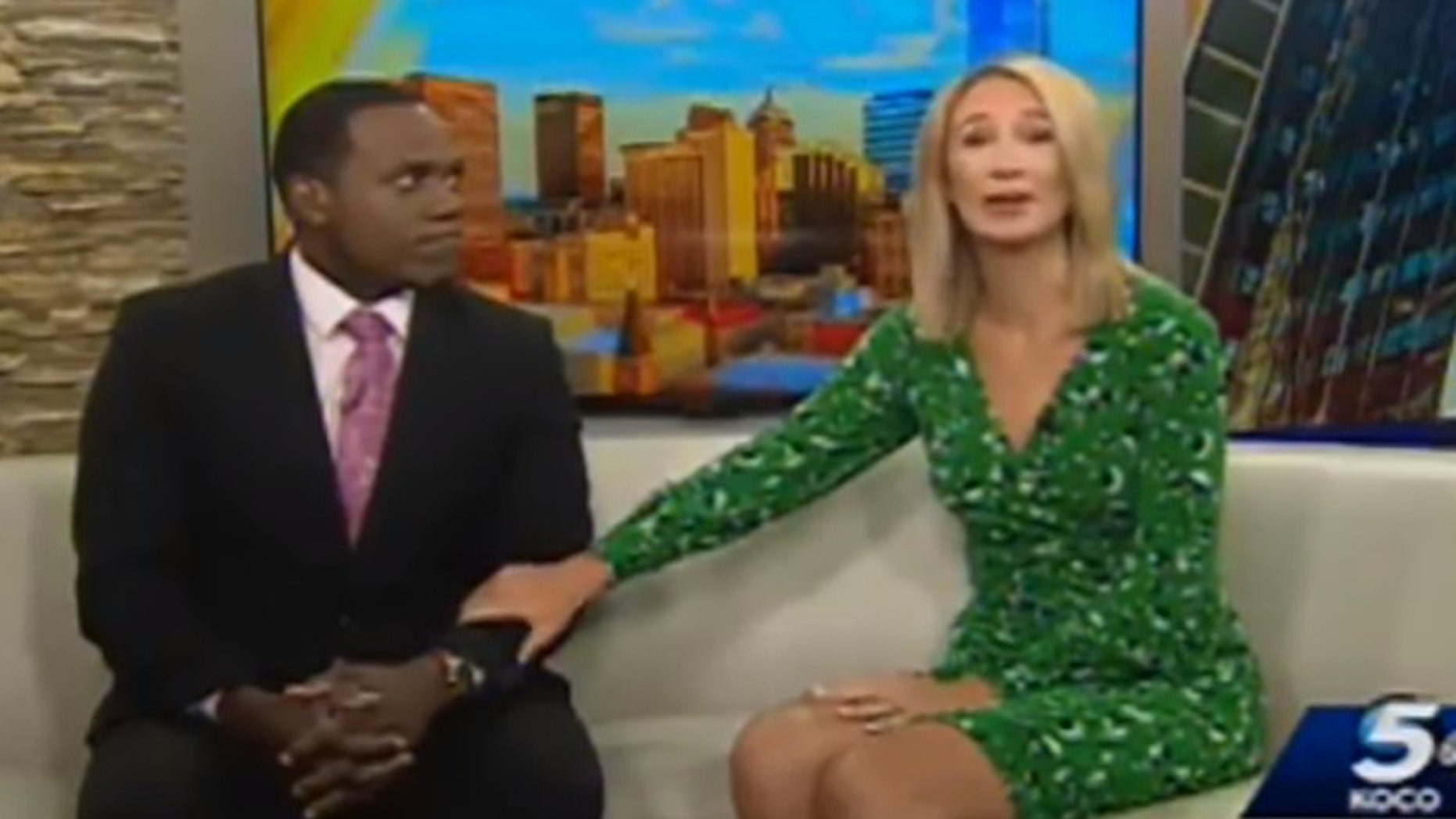 A white news anchor tearfully apologized on live television Tuesday after causing outrage for saying her black colleague looked like a gorilla.

Alex Housden, who hosts the morning news show at KOCO 5 TV in Oklahoma City, sparked the outrage during a segment about a baby western lowland gorilla named Fin recording selfie videos. The initially lighthearted segment quickly turned viral after Housden said to her co-host, Jason Hackett, who is black, that Fin “kind of looks like you when you take a picture.”

Hackett, who briefly pauses, replied “yeah it does, actually, yeah … very close to the camera.”

“We have to find a way to replace those words with love and words of affirmation.”