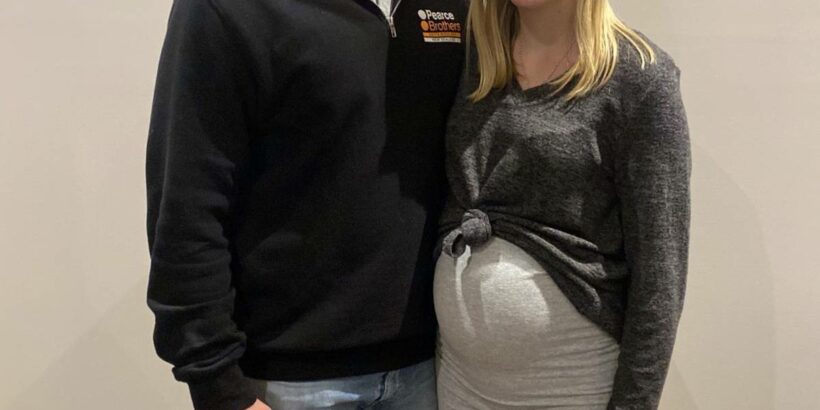 About 15 per cent of pregnant women in New Zealand have been diagnosed with or experience symptoms of depression but almost 12 per cent suffer through without any medication, a new study has found.

The data is part of the Growing Up in New Zealand study and the most recent findings are today being published in the Australian and New Zealand Journal of Psychiatry.

Of more than 6000 pregnant women surveyed in 2009 and 2010, 3.2 per cent were taking anti-depressants while 11.8 per cent reported symptoms which reached the threshold for depression but were not taking medication – figures researchers described as concerning given it was a time of increased vulnerability to the onset or recurrence of depression.

“Our results suggest that there is significant untreated serious depression among pregnant women in Aotearoa-New Zealand which suggests that many women may not be receiving adequate mental health support during pregnancy.”

She acknowledged the data did not include information about other types of treatment women may have been receiving but said, given the cost of psychiatric intervention, medication was generally the most common option.

D’Souza said the research highlighted the need for depression screening during antenatal check-ups so that women could get treatment and enjoy a healthy pregnancy and birth.

While pregnancy was an exciting time for most women it also brought big life changes and women needed to be well enough mentally to handle those changes and the additional hormone changes and lack of sleep that came with a newborn,” D’Souza said.

“It amplifies what you experience. How you interact with the baby and that bonding experience can be impacted by not being 100 per cent mentally.”

She said it was also important to make sure women were fully informed that most anti-depressants were safe for use while pregnant.

A low-birth weight and pre-term labour had been linked to anti-depressant use but it was also linked to depression itself so it was difficult to know where the cause lay, she said. Another symptom could be minor short term cardiovascular symptoms in a newborn as it adjusted to no longer receiving the medication.

The research also found pregnant women under the age of 24 were more than twice as likely to be medicated for depression compared to those over 35, Pasifika women had the highest rates of untreated depression (23.1 per cent) with European women the lowest at 7.5 per cent.

D’Souza said possible reasons for the lower levels of medication among non-European participants included cultural preferences for treatment, access to the right health professionals and the cost of treatment.

Megan Pearce, a 23-year-old midwife, was excited to find out she was pregnant late last year but about 10 weeks in she began to struggle.

She was not coping with work stress, crying often and experiencing periods where she felt really down.

Her background in health care and a family history of depression and anxiety helped her quickly realise she was suffering from antenatal depression.

Partner Daniel Ravji and her family had also noticed it and encouraged her to see her family doctor about it.

Her doctor referred her to Maternal Mental Health but her application was declined. Rather than waiting for help through the public system, her family helped foot the bill to see a psychologist and a psychiatrist privately – but even that required a month-long wait.

“The mental health system in New Zealand is very overrun,” she said, acknowledging she was lucky her parents could afford to help pay.

She started off by trying to rely on a psychologist alone to treat the problem but eventually agreed to try the medication her psychiatrist and GP suggested.

Pearce knew the possible side effects but knew they were minimal and decided “the benefits of taking it outweighed the risk”.

Now, with only nine weeks until her due date, she is coping much better and looking forward to enjoying the newborn period knowing she is mentally healthy.

Pearce said she was not entirely surprised by the study findings given her own initial fear and guilt at taking medication while pregnant.

But the experience would make her look for signs of the issue in the pregnant women she cared for as a midwife, she said.

Pearce said she was speaking out in the hope of encouraging others to recognise the signs of antenatal depression as well as postnatal depression which was more widely spoken about.

“Being pregnant, you don’t have to be happy all the time. Just reach out for support. It’s not your fault,” she said.

“I hope this will help someone to be more open and reach out for the support that they need. It’s okay to feel that way and it will get better.”