The video, apparently shot in the South American nation of Guyana, starts with the twisted attacker stroking the puppy. It already looks scared as it sits on top of a battered white car, oblivious of the attack coming its way.

The boy, who still looks in his teens, grabs the puppy around the neck, seemingly setting it up for the blow.

He then steps back and picks up a long piece of wood, holding it like a baseball player would a bat.

The puppy turns around just in time to see the plank being swung straight at its head at breathtaking pace. 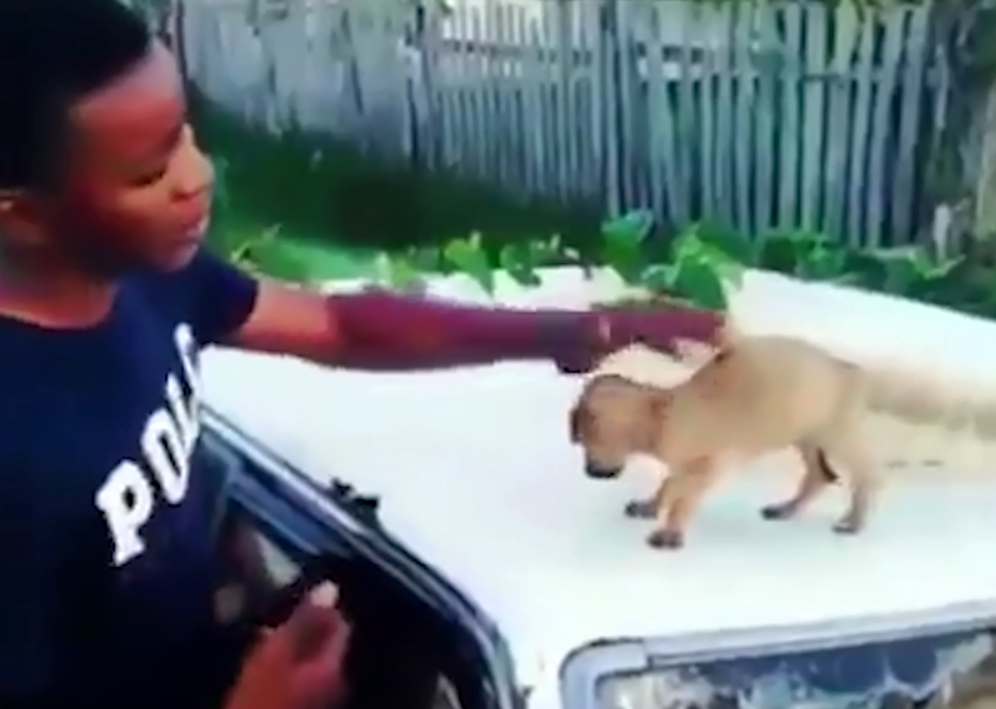 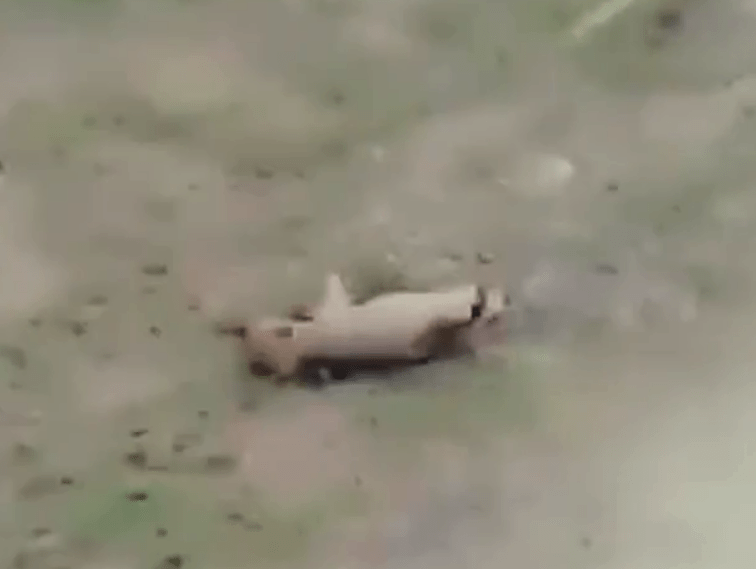 At the very end of the video, the pooch is seen lying motionless on the grass and it's unclear whether it survived the hit.

In April, equally unsettling footage showed a man hacking a tied-up dog to death with a meat cleaver.

It enraged animal lovers around the world, including comedian Ricky Gervais who said he wants to "kill" the thug responsible.

Gervais often uses his high profile in his passionate fight against animal cruelty – a subject he does not shy away even in his stand-up.

Earlier this month Gervais retweeted a cruel clip of a thug punching a dog in the head.

The ardent animal lover posted: "Who are these dirty, sub-human c***?