‘Come on Theresa, pull a Love Actually!’ Twitter users urge Prime Minister to channel Hugh Grant and stand up to US President Trump

Brits have called on Theresa May to take a leaf out of Hugh Grant’s book in Love Actually and stand up to President Trump during his visit.

The President has now touched down in the UK and protests are in full swing- with a huge 20ft Donald Trump baby balloon now taking flight in London.

The reason is a number of Trump critics are calling on the Prime Minister to make a similar speech to Hugh Grant in Love Actually and stand up to the controversial President. 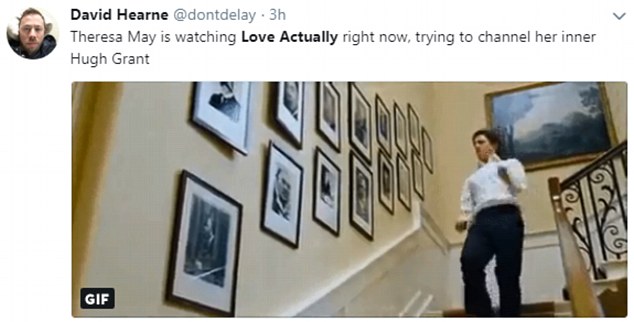 In the rousing speech Hugh Grant stands up to the US President, played by Billy Bob Thornton, who has just been asked a question at a press conference.

He says: ‘I love that word relationship, it covers all manner of sins doesn’t it?

‘I fear that this has become a bad relationship, a relationship based on the President taking exactly what he wants and casually ignoring all those things that really matter to urm (looks longingly at Natalie) Britain.

‘We may be a small country but we are a great one too, the country of Shakespeare, Churchill, the Beatles, Sean Connery, Harry Potter, David Beckham’s right foot, David Beckham’s left foot come to that.

‘A friend who bullies us is no longer a friend and since bullies only respond to strength, from now onward I will prepare to be much stronger and the President should be prepared for that.’ 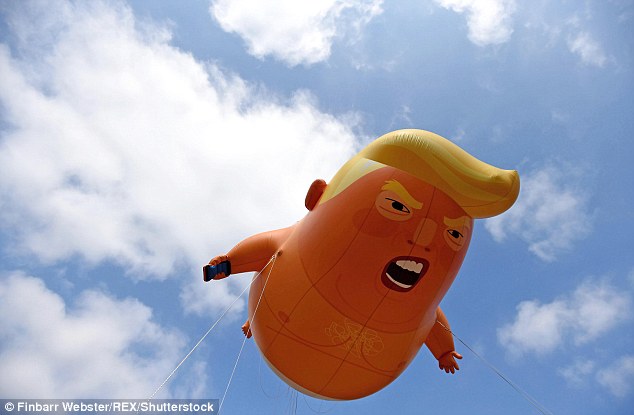 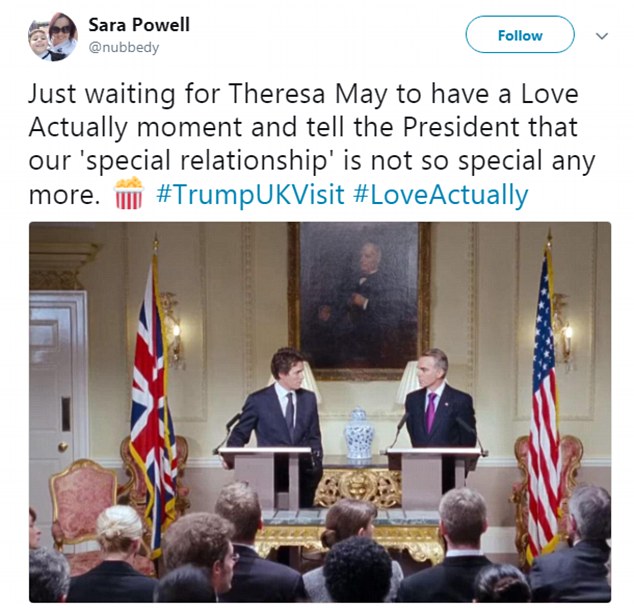 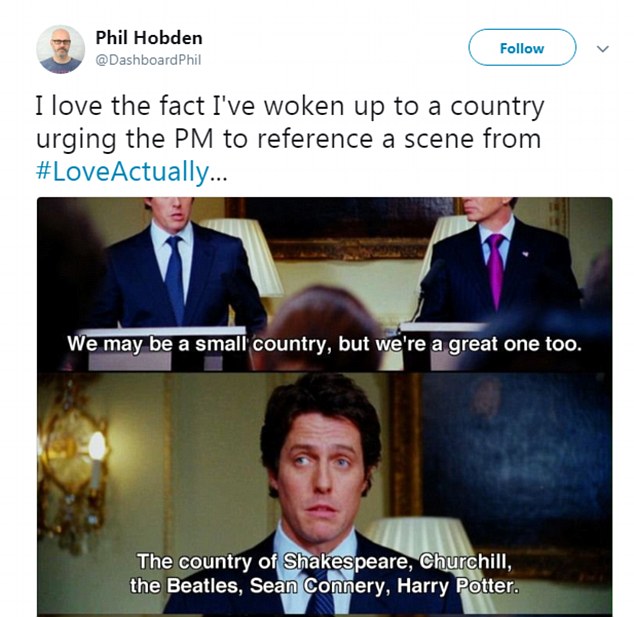 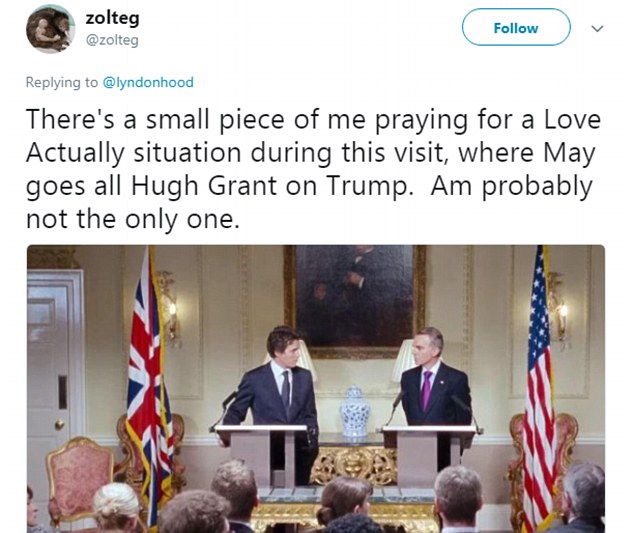 The film, directed by Richard Curtis, is a firm favourite in the UK and also stars much loved actors Bill Nighy, Keira Knightley, Colin Firth and Emma Thompson.

Social media users will be waiting with baited breathe to see how the Prime Minister responds later today.

The President will also spend time with the Queen during  his visit.