LONDONDERRY, Northern Ireland (Reuters) – Two men were arrested early on Sunday over a car bomb attack in Northern Ireland’s Londonderry and police were looking into whether the New IRA militant group was responsible, officers said.

The men in their twenties were detained hours after the explosion on Saturday evening outside the city’s courthouse, Assistant Chief Constable Mark Hamilton told a news conference.

“Fortunately it didn’t kill anybody but clearly it was a very significant attempt to kill people here in this community,” he said.

Hamilton said the main focus of the investigation was on the New IRA – one of a small number of groups opposed to a 1998 peace deal that largely ended three decades of violence in the British-run province. They have carried out sporadic attacks in recent years.

Saturday’s blast came at a time when police in both Northern Ireland and European Union-member Ireland have been warning that a return to a hard border between the two after Brexit, complete with customs and other checks, could be a target for militant groups.

Politicians from all sides – including Sinn Fein, the former political wing of the nationalist Irish Republican Army (IRA) – condemned the explosion. 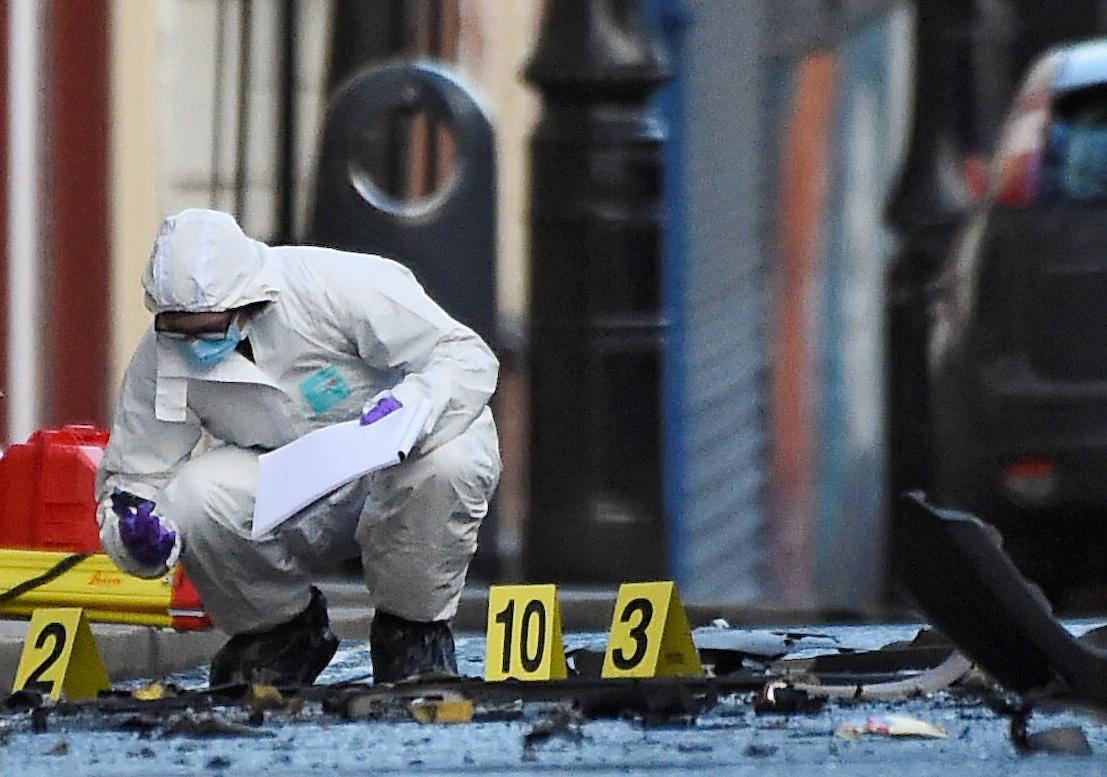 “Shame on you. Shame on you and stop,” said Mary Lou McDonald, leader of Sinn Fein which signed the peace agreement. She told BBC Northern Ireland that the blast was an “outrageous attack”.

The Northern Ireland police force said it was just given minutes to evacuate children and hundreds of hotel guests before the explosion of what they described as a highly unstable, crude device that could have detonated at any time.

Officers on patrol spotted a suspicious vehicle at the scene at about 1955 GMT, then received a warning five minutes later that a device had been left there, the force said.

“We moved immediately to begin evacuating people from nearby buildings including hundreds of hotel guests, 150 people from the Masonic Hall and a large number of children from a church youth club,” said Assistant Chief Constable Hamilton in an earlier statement.

The pizza delivery vehicle was completely destroyed by the blast just ten minutes after that. The van had been hijacked nearby by two armed men around two hours earlier, police said. Nobody was injured in the explosion.

Hamilton said he thought the attack marked a continuation of militants’ campaigns, rather than an escalation.

“The New IRA, like most dissident republican groups in Northern Ireland, are small, largely unrepresentative, and just determined to drag people back to somewhere they don’t want to be,” he said. 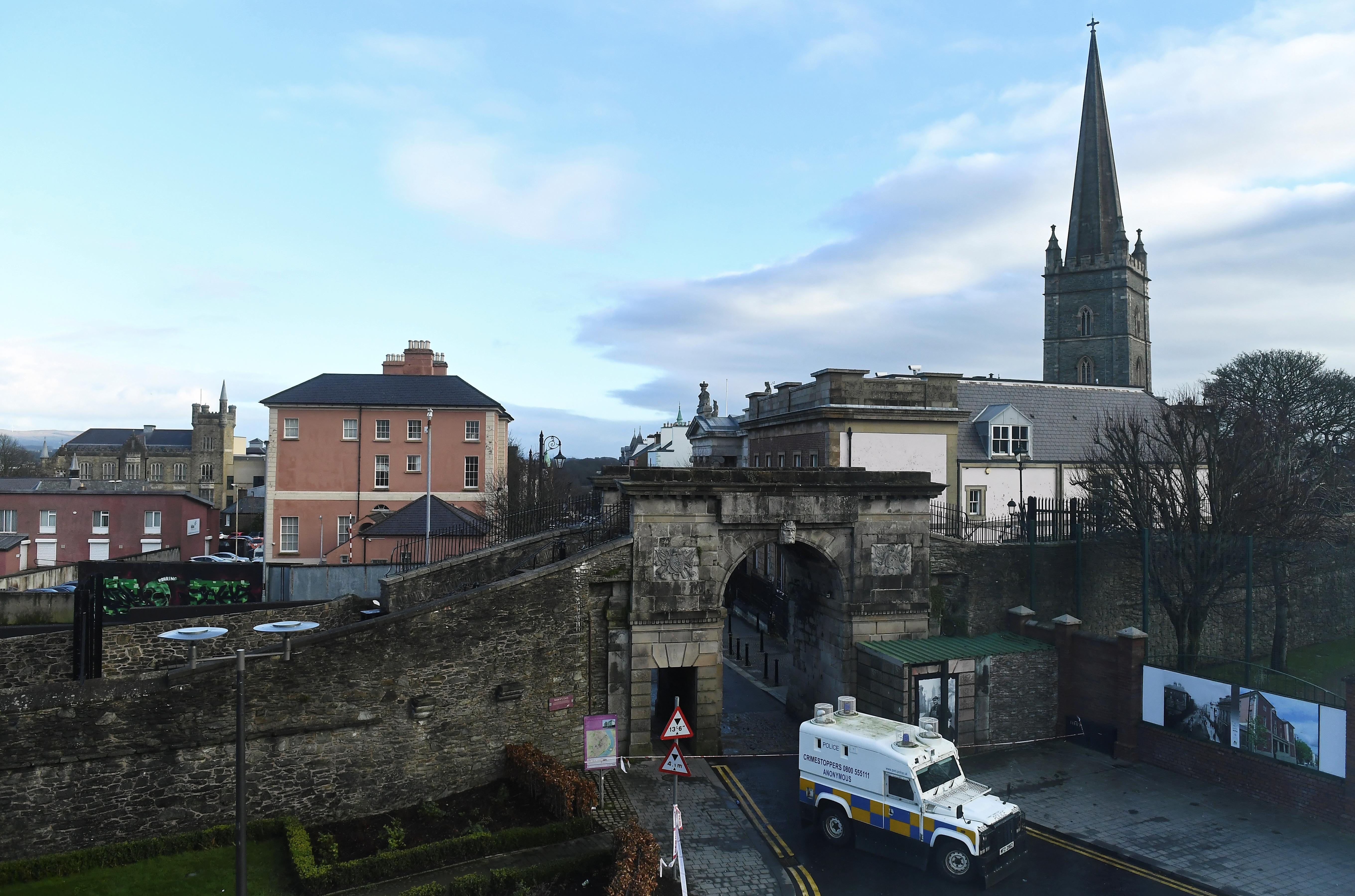 The last fatal attack involving a car bomb was carried out in 2016 by the New IRA when a prison officer was fatally injured by a bomb left under his van in Belfast.

About 3,600 people were killed in the conflict that was fought between mainly Protestant unionists who want Northern Ireland to remain part of the United Kingdom and predominantly Catholic nationalists.

“There is no doubt that in terms of the Brexit element, there will be a section within our communities who will want to exploit that and use that to further their own objectives but I wouldn’t put that as the sole purpose,” Gary Middleton, a local Democratic Unionist Party (DUP) member of Northern Ireland’s devolved government told Reuters at the scene.