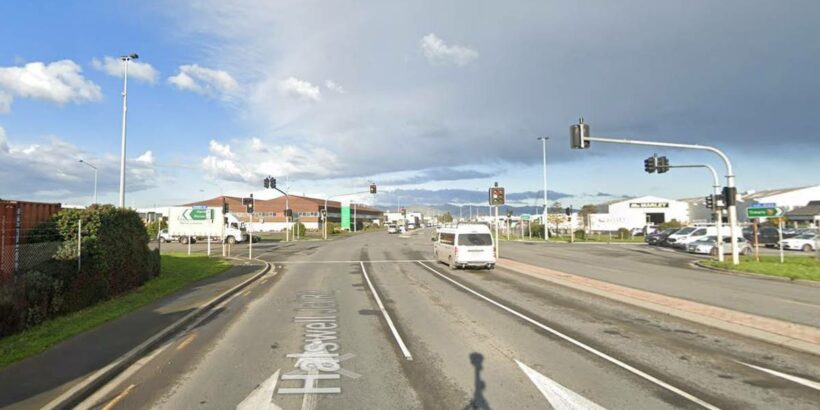 Two people have died after a crash at a Christchurch intersection.

Police have conrfirmed two people died at the scene after a ute and car collided on Halswell Junction Rd near the intersection of Shands Rd at around 7.40pm last night.

A police spokesman said there were four occurpants in the car.

Two died and the others were transported to hospital in a critical and serious condition.

The two occupants of the ute were transported to hospital with moderate injuries.

The road was closed while the scene was examined last night but has since opened.

Enquiries into the cause of the crash are ongoing

It is the second crash with multiple deaths in the region in recent weeks.

Timaru teenagers Javarney Wayne Drummond, 15, Niko William Hill, 15, Jack Wallace, 16, Joseff McCarthy, 16 and Andrew Goodger, 15 were all killed when the Nissan Bluebird they were passengers in smashed into a concrete power pole near Timaru on August 6.

Only the driver, Tyreese Fleming, 19, survived.