One of the deaths occurred in Mbandaka, according to a daily healthy ministry bulletin. A nurse also died in the village of Bikoro, the town near where the outbreak was first detected in early May, ministry spokeswoman Jessica Ilunga said. 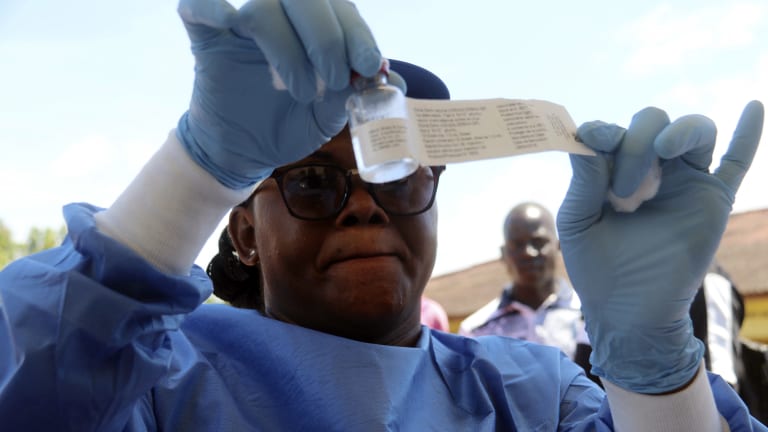 More than 11,300 people died in an Ebola outbreak in the West African countries of Guinea, Liberia and Sierra Leone between 2013 and 2016, during which health authorities were widely criticised for their slow response.

This time, health officials are particularly concerned by the disease's presence in Mbandaka, a crowded trading hub on the Congo River with road, water and air links to Congo's capital, Kinshasa. 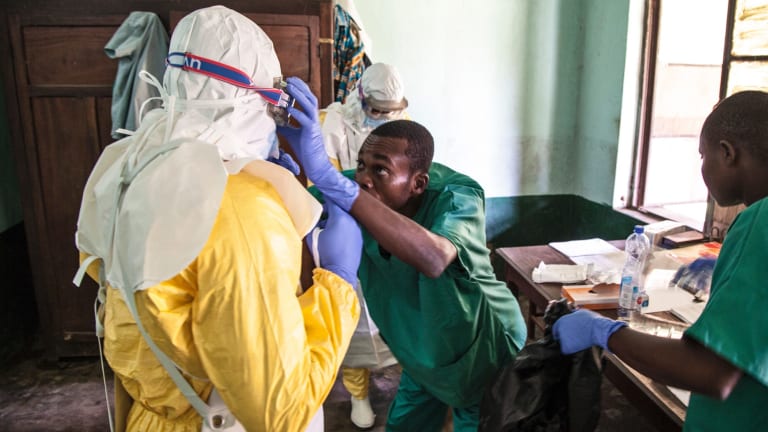 Health workers don protective clothing as they prepare to attend to patients in the isolation ward at Bikoro Hospital earlier this month.

Four cases have been confirmed in the city's Wangata neighbourhood and two more are suspected.

The urban setting sets this outbreak apart from the eight others that have struck Congo since the 1970s in mostly containable, rural settings. 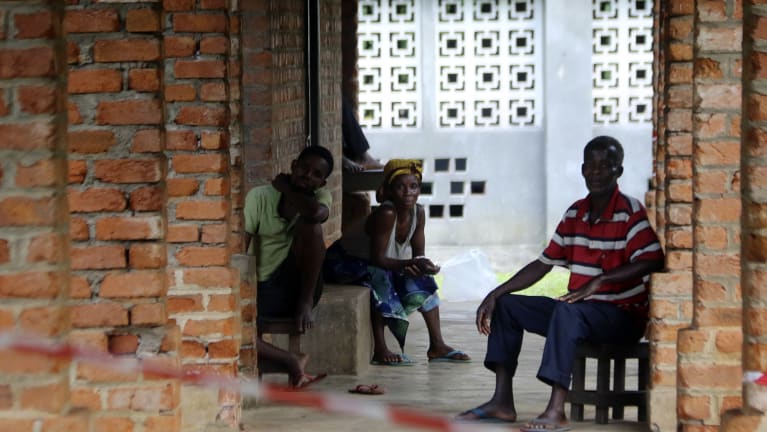 People suspected of having the Ebola virus wait at a treatment centre in Bikoro, Democratic Republic of Congo.

The WHO said vaccine manufacturer Merck has provided it with 8640 doses of the vaccine and an additional 8000 doses are expected to be available in the coming days.

The vaccine takes seven to 10 days to generate a strong enough immune response to ensure a person is fully protected. Those vaccinated are instructed to follow the same strict infection control and hygiene practices as anyone who is not vaccinated.

The US government has added $US7 million ($9.2 million) to the initial $US1 million it previously committed to fighting the virus in Congo, US Secretary of Health and Human Services Alex Azar said on Tuesday.

The World Bank Group’s Pandemic Emergency Financing Facility on Tuesday also approved a $US12 million grant towards efforts to contain the virus.

"The risk of spreading within the country and to neighbouring nations remains real," said Dr Fatoumata Nafo-Traoré of the International Federation of Red Cross and Red Crescent Societies. "One of the lessons we learned in our response to other deadly Ebola outbreaks is that complacency can kill."

The Africa Centres for Disease Control and Prevention has deployed 25 epidemiologists to Mbandaka and Bikoro to support the government's surveillance work, its director John Nkengasong told a news briefing in Geneva.

It hopes to move a mobile laboratory from Sierra Leone to Congo that could, among other things, help detect the presence of the virus in human samples and conduct genetic sequencing to see if it is mutating.