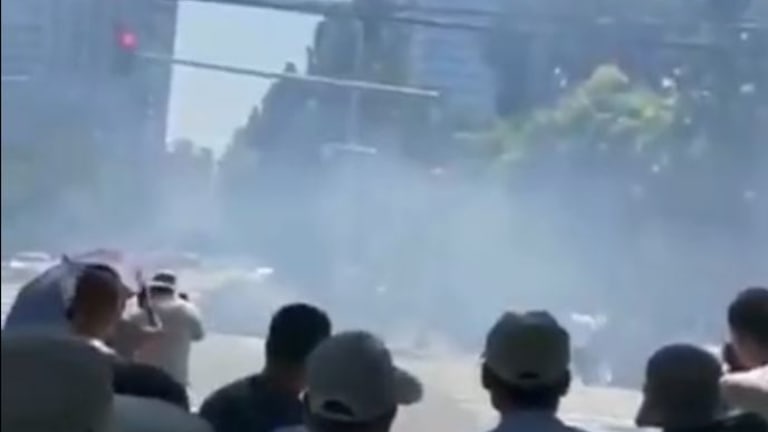 Twitter users reported a large blast and a lot of smoke in the area.

The roads around Beijing's US embassy were chaotic, but reopened on Thursday afternoon after two attempted attacks just hours earlier.

At around 2pm local time (4pm AEST) Fairfax Media saw police and a dozen black clothed men clearing away debris in evidence bags. Cleaners swept the road but there were blood spatters and material scattered like confetti on the road, as well as black residue.

Witnesses said there had been two incidents, the first at 11am local time, when a woman poured petrol over herself and tried to ignite it, but failed. 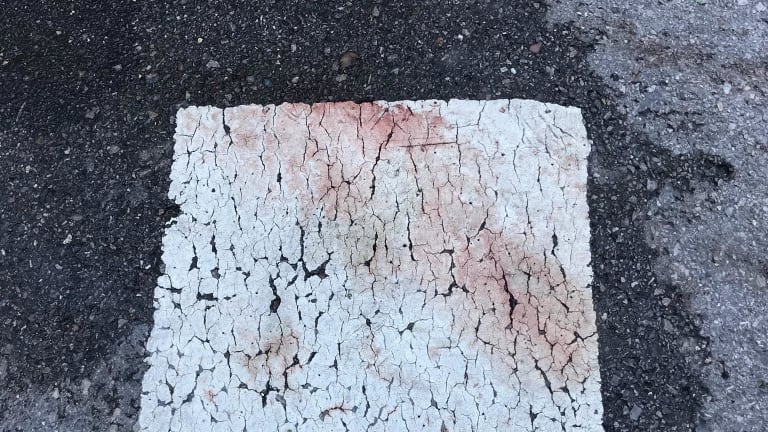 Apparent blood stains on the road at the site where an explosion took place near the US embassy in Beijing.

One witness said a woman appeared to be aged in her 40s and was carrying a container with petrol in it which she poured on herself, and shouted something about freedom. But before she could set it alight, she was taken away by security.

A second witness confirmed they had seen what they thought was a fire at about 1pm. Instead of running away, people went to have a look.

The first witness saw a man lying on the ground. Police turned up immediately and put a cloth over the body and took it away in a vehicle. 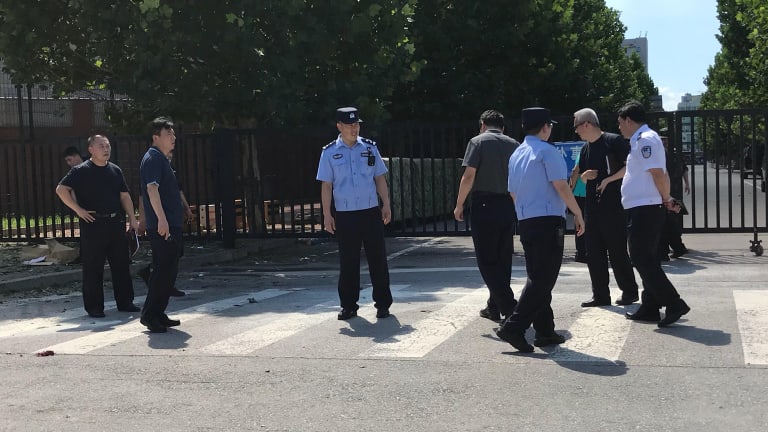 Police are checking the ground where an explosion took place near the US embassy.

Another witness said the man had tried to blow himself up. He had lost his fingers and his shoes had blown off, the witness said.

There was a heavy police presence at the scene, and police were not permitting photographs to be taken.

The incidents happened in an area where many Chinese citizens line up each day to apply for visas.

The blast was heard from blocks away. 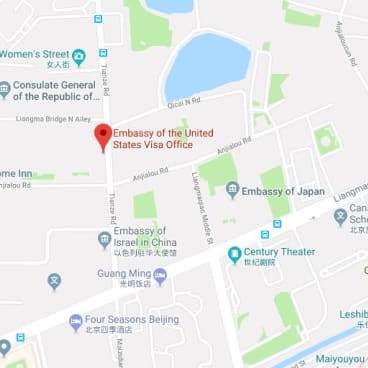 The US embassy in Beijing is near others, including Israel, Korea and India.

Images shared on social media showed a large number of people looking toward the site of the explosion and gray smoke drifting over the street.

The US embassy, in north-eastern Beijing, is a well-protected compound. The new facility opened in 2008 with a dedication ceremony attended by then-president George W Bush.

Twitter users reported a lot of smoke in the area.

The embassy, in the Chaoyang District, is near other embassies, including India's.Police did not immediately respond to requests for comment on the incident and an embassy spokesman said he was still collecting information.

China and the US are in the middle of a trade dispute, but America remains a hugely popular destination for travel, education and immigration for Chinese citizens.