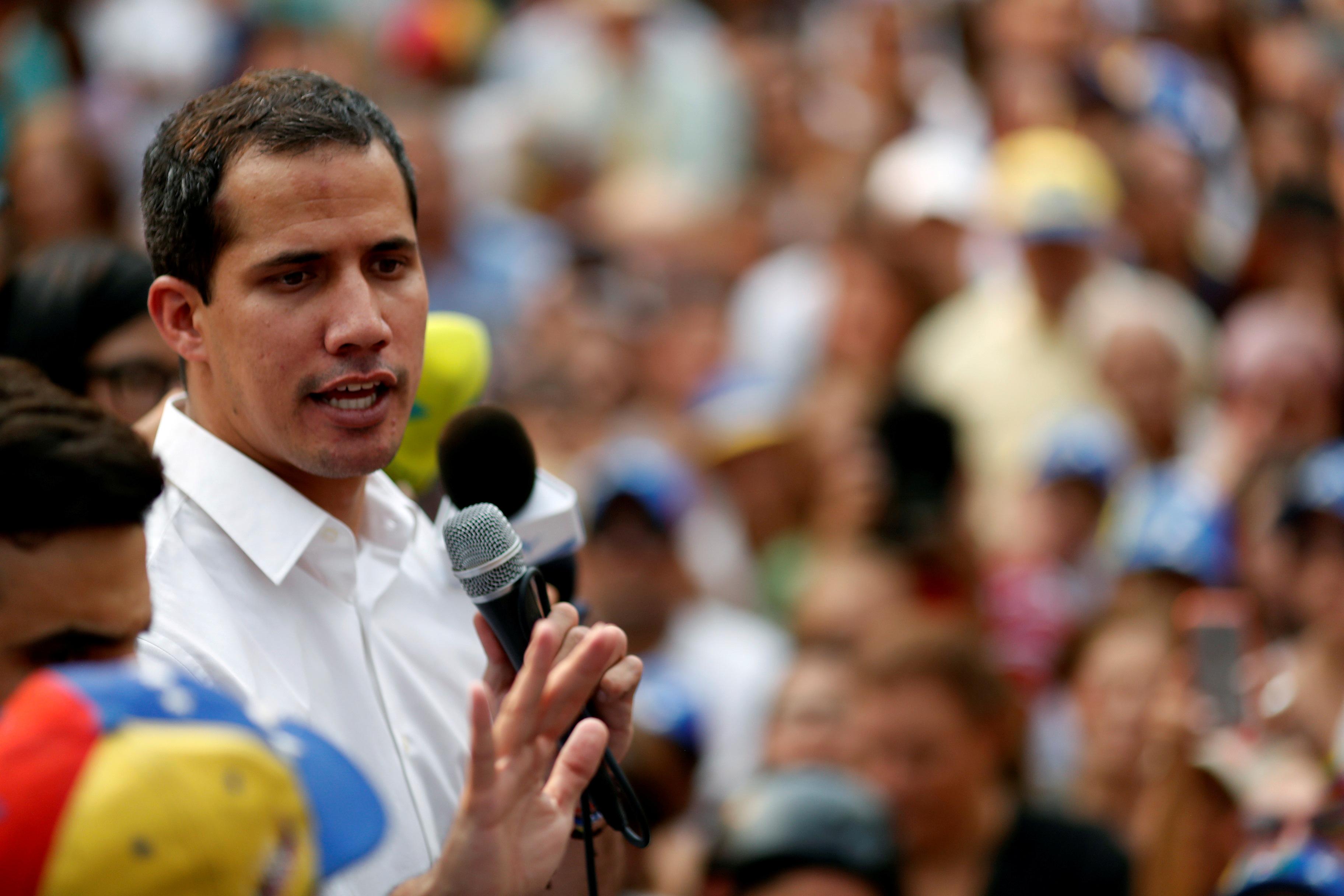 CARACAS (Reuters) – Two workers at Venezuela’s central bank were arrested on Friday after meeting opposition leader Juan Guaido, who has called on public officials to disavow President Nicolas Maduro, according to the employees’ lawyer and a source familiar with the matter.

According to Roa, they have not yet appeared in court and the charges against them are unknown.

The arrests came as Maduro cracks down on the opposition amid a nearly three-month power struggle with Guaido, the leader of the opposition-controlled National Assembly who invoked the country’s constitution to assume an interim presidency in January.

He has been recognized as the OPEC nation’s rightful leader by more than 50 countries, which agree with his claim that Maduro’s May 2018 re-election was illegitimate. Maduro, a socialist, argues Guaido is a puppet of the United States attempting to oust him in a coup.

Both Albujar and Guisseppe, whose job titles were unknown, were present at a public meeting on Monday that Guaido held at the National Assembly with a few dozen state employees, the source said. Guaido discussed a proposed law to improve benefits to public workers in a new government once Maduro leaves power, the source said. None of the other participants has been arrested.

Albujar and Guisseppe worked at the bank for more than five years, the source added.

Neither the central bank nor Venezuela’s information ministry, which handles media for the government, responded to requests for comment.

Public workers in Venezuela have been demanding better salaries and benefits for several months, as their wages and living standards have been eroded by hyperinflation.